The most dangerous idea

Before we get to the rant, which isn't meant to be a rant at all but might well come across as a jolly good example of a rant, let's do this.

I awake having not slept very well. Sometimes it happens that way. As I greet the morning's dim predawn light I have lots of aches and pains and a desire for yesterday to have gone more in my favor.

On the other hand the powerful reassurance which comes to me each night puts a warm, glowing smile in my heart and on my face.

I hurt. I'm tired. It's cool and cloudy and a bit damp outside. Weak-ass crybaby lobbies for staying in bed. The other guy flips weak-ass the bird. Other guy will charge the day.

Every bit of the morning is alive with reality. The ground is firm and feels good under my feet. The air is brisk and swirly but not anything like cold. It carries the tang of autumnal scents and provides a medium for dust motes to perform a colorful light show in company with the big bright sky thingy and the white-silver cloud thingies wafting in between.

Legs drive, body moves, blood circulates, air goes in and out. My consciousness and physical expression march forward along the river of time and space. This is not-recliner time. It is a vital experience which cannot be had for money; only in exchange for effort, only in exchange for navigating life.

I make up the course as I move along. Today I am again in and around the metropolis. The world as I know it is not confined to a particular patch of deeded prairie. Where I move and where I work are the proper places for me to be, regardless of lat/lon or grid coordinates. Where I am is my valid reality.

The miles speed by accented with dust puff footfalls. I smile when I recall how difficult a six-mile walk once was. I could do it but it crashed me physically for hours or even days. Today I do it in little over an hour and it's merely the opening act of a busy day.

Yesterday I experienced people eager to slander the dead. Such a brave thing! I was much agitated but also understood where such behavior comes from and why it comes at all. I made a principled decision to neither defend nor attack, though my instinct was to attack and defend. It was the execution of a correct decision. It was not satisfying in the moment, but seen through the lens of this morning's peace and beauty and warm glow of reassurance it was manifestly the correct path. A livin' thing, one might say.

When we say that about someone, how do we know he's a good guy?

When someone says that about us, how do they know we're a good guy?

But wait a minute.

But we do know that we like to be called a good guy. It makes us feel all warm and snuggly and gives us another brick for the wall we like to build between our game face and our real face. We like the feeling and the illusion so much that we call other people good guys largely in the hope that they will reciprocate and thereby add more bricks to our shared wall of illusion.

The illusion works the other way too, when we talk or think about "bad guys" or when we get down in the dumps disappointed in our own good guy game face persona; when the reality of our true existence shines through cracks and holes in our good guy wall.

Fortunately for all of us, the good guy-bad guy illusion is just that -- an illusion. We're all human, which means we each carry within us the capacity of ultimate good and ultimate bad.

What we're talking about now is not a fundamental or innate quality of goodness or badness, but a description of behavior. We are simple human beings who sometimes do good things, sometimes do bad things, and most often do a mixture of somewhat good and somewhat bad things clustering somewhere around the middle of the good-bad scale.

Unfortunately we tend to describe the things we do, our good and bad behaviors, as innate qualities. It stems from a kind of cognitive or conversational shorthand. It's easier to say or write "good guy" or "bad guy" than it is to precisely define specific actions and behaviors.

This may be the most dangerous form of lazy thinking of all time.

It allows us to frame the world and our fellows into good and bad camps. When good morphs into saintly and bad morphs into evil, and particularly if there's an advantage or prize to be had, you get war.

The path to war and evil behavior is paved with the bullshit of many, many ape-lizards believing their own propaganda about being "good" and being aggrieved by "those bad people."

Look around. Does the solution to today's woes and troubles lie in joining with the good guys?

Perhaps a more rational beginning is to personally figure out how one does the best things for the best reasons to the best of one's ability. Remove the plank from one's own eye, and with clearer vision a better path ahead may become visible. And the splinter in the "bad" guys' eye might become less offensive.

But what do I know? I'm just a lowly ape-lizard.

Dream of better lives, the kind which never hate,
Wrapped in a state of imaginary grace.
I made a pilgrimage to save this human race,
Never comprehending the race had long gone by.

Didn't intend to go there exactly, but it feels like the effort was on balance a good thing.

We sit on the couch watching Magic School Bus. Six-plus years of life divided unevenly into two beautiful and remarkable packages do their best to occupy same space/same time with me. Such moments blow through my heart and soul in a way nothing else ever has or ever will. Even the darkest day brings at least a moment of happy. Happy is treasure.

Posted by PrairieAdventure at 3:56 PM

This thing will show up later in the post. Nice autumn weather, as illustrated in the three images above, rarely lasts as long as we would... 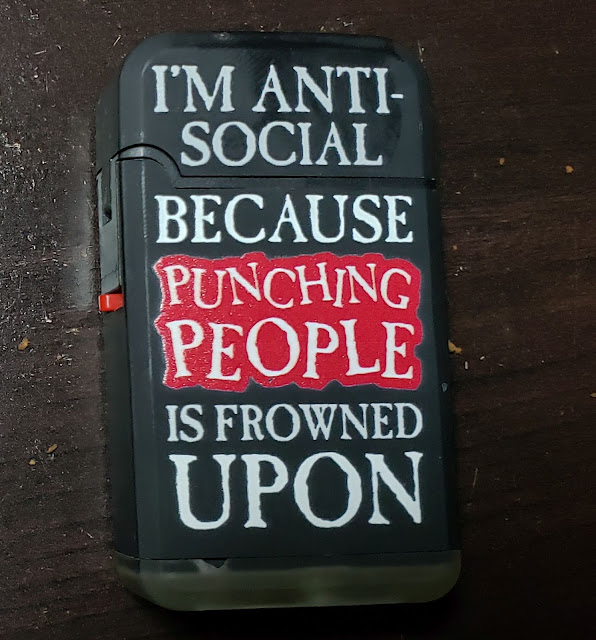