I try to be careful to change names, but to the best of my recollection the events and locations are substantially correct. Of course I can only describe events from my perspective, so there's that. Readers who were present will doubtless have different recollections of any particular event. This is what it was like to serve in my tiny slice of the U.S. Navy between the late 1970's and early 1990's. It really was an adventure.
Remember,
This is no shit!
On Groundhog Day 2015, when this post was originally published, Phil saw his shadow and predicted six more weeks of winter. Which we got. As we always do, because solar/celestial/calendar spring doesn't arrive until six weeks after Groundhog Day. See how the magic is done?
##########
Achilles was laid low by an arrow in the heel. As the story goes, Achilles smoked Hector at the gates of Troy. With his dying breath Hector predicted Achilles' pending demise. Hector's brother Paris, a sniveling coward, fired the fatal shot from ambush. The god Apollo is said to have guided the missile.

About a decade ago I began having a lot of pain in the back of my heel. As a former corpsman I knew that the problem was most likely something going on at the calcaneal (heel bone) achilles insertion -- the place where the tendon attaches to the bone. I was correct.

X-rays revealed quite a large bone spur, and we decided to treat it with mortin (hey, I was a corpsman, right) ice, and physical therapy. 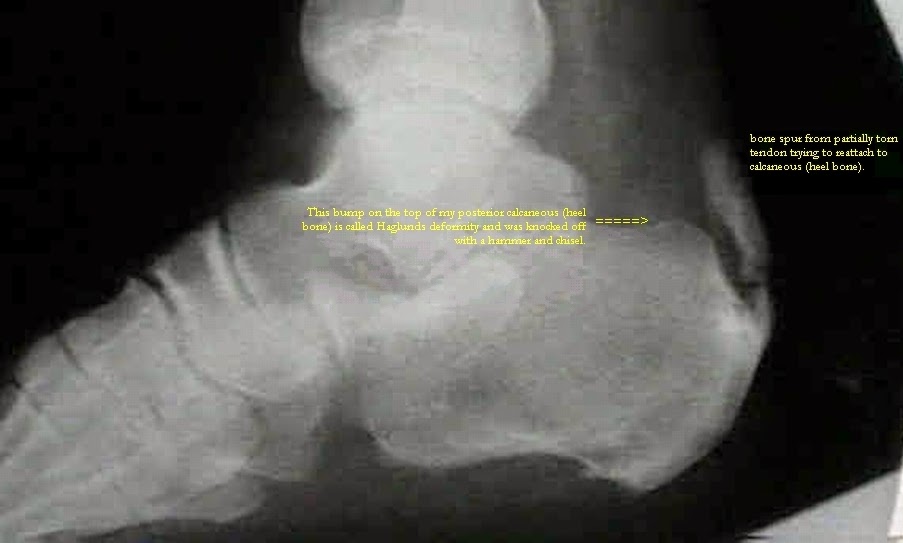 Everything went well for a while though I never did get on top of the pain. Then on Groundhog Day 2007, I had a partial tear of the tendon.

A week later I went under the knife for a repair. 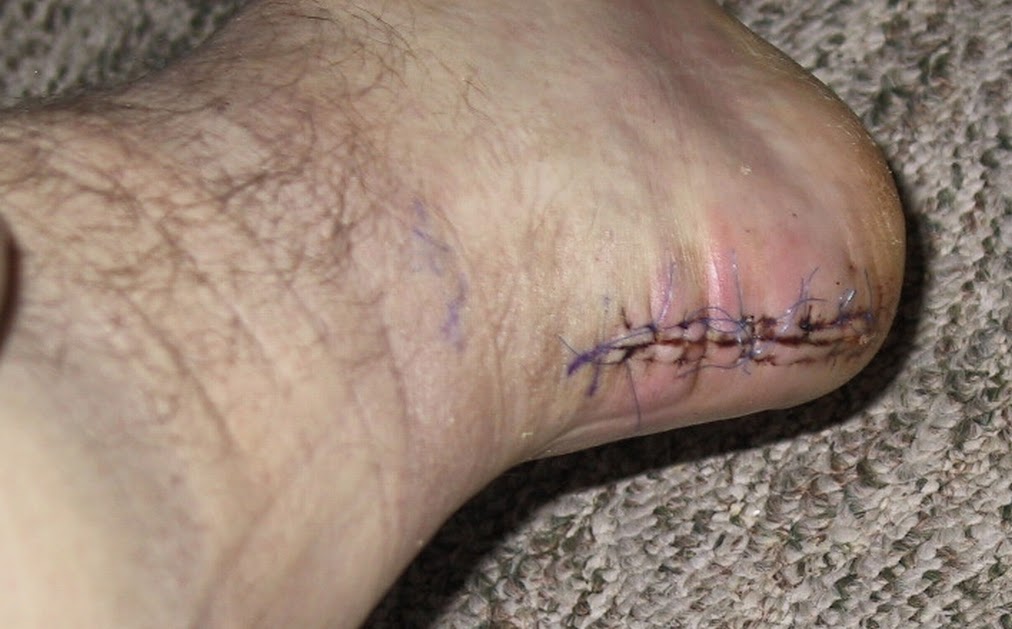 The surgery went well and I was back to power hiking within three months, which was possibly a bit soon, but whatchagonnado?

Occasionally the thing flares up into tendonitis, and that's what I've been dealing with for the last 10 days or so. Today it's quite sore and I'm gimpy and grumpy.

I hated running, but it was the price of keeping my job, so I did it. I even learned to enjoy it, but I'll deny that under oath. On the beach I ran with like-minded bunch. At sea I ran on the roof or on the hangar deck. Those venues were tricky and I have the scars to prove it. At a guess I ran 1,000 miles on the boat in the course of about 2,000 days underway.

As it turns out, running on steel decks, particularly when shod in boots, is an ongoing trauma. I'm a poster child, as it were. Who knew?

Well, of course, I knew. And now I'm paying for it.

When I'm grumpy I do a lot of whining, and the stuff I whine about is minor. I'm blessed with good health. A lot of folks aren't. But sometimes I dream about running on the roof, and in my dream there is no pain at all.

Sigh.
##########
February 3, 2021 postscript. I have different pains these days, and they are all hard to fight through and deal with, but I have God's grace and blessings to see me through. When the stars line up, which happens not infrequently, I can once again run without pain. I can run hard and grow in fitness and taste the delightful endorphin rush of the runner's high. I am blessed.
Be well and embrace the blessings of liberty.
Posted by PrairieAdventure at 8:09 PM