Summer faded slowly, oh-so-slowly, into a lingering, mostly pleasant autumn this year. Other than the few skiffs of snow, a handful of nearly cold days, and the brisk hammering of intermittent wind spells, the weather has been pleasant for a long time. These nice conditions made fall chores on the ranch a good bit easier than in many years. We had little trouble finding pleasant days for moving herds, sorting calves and weaning, preg-checking and sorting cows, vaccinating and pouring, and hauling grain and hay.
But as they do every year, the days got shorter and the temperatures fell off. Now that we’ve passed the winter solstice and the days are getting longer, winter – real winter – is just around the corner. And that’s as it should be.

Last year winter came early. Looking back over my weather log I see that first frost came on September 28, the first hard freeze on October 3, the first snow fell on October 8 and snow fell every day for a week. We had a nice warm up for a couple of weeks, and then winter settled in for good on October 27. From then until the spring melt there was snow cover on the ground.

This year was different.

It was frosty cold on Christmas morning but the skies were clear and the dawn came like thunder. A second daybreak with warm, bright sunlight was sweet and welcome after a pair of solstice-dark, glowering mornings.

Wheat fields and clean fallow were crystalline bright with frost; countless pinpricks of sparkling brilliance dazzling eyes and mind and heart in a near-explosion of up-sun splendor. Stubble and prairie were drab in comparison, brown and gray and lumpy, but tinged with their own brand of frost, not as spectacular, perhaps, but lovely in their own right.﻿
﻿ I turned on the tap in the northwest quarter and started filling the tank and watched as the cows trailed in single file, providing most of the ground color against a bright blanket of sparkling white frost. The tall junipers were a glowing green accent around the edge of the pasture. A few handbreadths above the western horizon hung a bright, slivery, waning gibbous moon. As I drove in to feed the calves kicked up their heels, throwing dazzling pinpricks of sparkling frost into the air, then dashed to their places at the feedbunk. If I wasn't in church Christmas morning I don't know where I was.﻿﻿﻿﻿﻿﻿
﻿﻿﻿
﻿﻿﻿The air cooled quickly Christmas evening, but the sky was clear and the wind calm. As the sun set in the south-southwest, it produced one of the Great Plains' signature treasures - a gorgeous sunset. I don't think I longed for a white Christmas this year.
By Monday the weather-guessers were predicting the first real winter storm of the year, due to sweep into the region Wednesday night. Predictions are for arctic temperatures, chilling north winds, and somewhere between four and 10 inches of blowing snow for the lowlands. More snow was predicted, of course, for the high country.

I’ve enjoyed the snow-free days we’ve had this year, even though I know they are a double edged sword. No snow means no precipitation, and each day without precipitation drives us deeper into drought. As I drive around the county I see a lot of wheat stands in very poor condition and know that a thick blanket of insulating and, eventually, water providing, snow may mean the difference between a crop and no crop.

There’s nothing we can do about the weather, of course. We take what we get. There are upsides and downsides to every weather event, and the trick to survival seems to be to never get too high on the upside or too low on the downside. Easier said than done.

Still, I’ve enjoyed our snow-free days. And I’m ready for the snow-filled days to come.
Posted by PrairieAdventure at 1:30 PM 2 comments:

Now where in the heck...

As I drove into town the other day and stopped at the stoplight (yes, the one and only stoplight in Kimball) my Toyota pickup gave me an unexpected message.

As I flicked on the right turn signal I noticed that the dash indicator was blinking much more rapidly than usual and I could hear the relay clicking like mad. This generally means that the tail light bulb is burned out.

In modern vehicles (mine’s a 2005) this can be quite an irritation. Long gone are the days of simply removing a flat lens cover and popping in a spare 1057 (if I recall the number correctly) bulb. Oh, no. Everything is modular these days.

You can still replace the bulbs, of course, and the chore isn’t really that bad, but you have to remove the entire tail light assembly to get to them. The replacement bulbs can be a bit pricey, too.

So I pulled into the parking lot of the local parts house and hopped out to see if I could remember how to remove the tail light assembly. But I didn’t have to. The whole thing had gone missing. Nothing left but a broken and ratty looking wiring bundle.

A friend of mine who was just leaving the store got quite a kick out of my situation. “Holy cow (or words to that effect) Evertson, how can you lose the whole dang thing?”

“Don’t even ask ‘em in there,” he said, pointing to the parts store. “You can’t afford it. Buy one on line.”

But I had to ask, of course.

Turns out my friend was right. I couldn’t afford it.

After a surprisingly brief and relatively pain-free internet search, I found a replacement unit at a price I could live with. Three days later it arrived by FedEx. Installation was quick and easy.

With a proud and shiny new tail light assembly installed, I went in search of the old one. I had an idea that I’d lost it while driving over rough (former CRP) pasture ground, looking for the three cows I needed to make my tally come out right. But I’d driven over a lot of ground in two sections so I didn’t have a lot of hope. I’ve lost things on that ground before, lost forever until found accidentally a year or two or three later.

But I searched diligently, and after hours and hours of driving the cob-rough ground, I gave up and turned for home. That’s when I noticed a bright, silvery glint on the ground about a quarter-mile away. I headed for it, lost the glint, found it again, and finally pulled up next to the missing tail light. My tire tracks made it clear that I’d driven right by the darn thing several times. All’s well that ends well though.
Posted by PrairieAdventure at 7:06 PM 2 comments:

Wednesday, December 22 will be about two seconds longer than Tuesday, and Wednesday night about three seconds shorter. And so it will go, days getting longer and nights shorter until on June 21, 2011 at 11:16 a.m., the sun will stop moving north and begin moving south. June 21 will be the longest day of the year at 14 hours, 59 minutes and 8 seconds. The night of June 21 will be the shortest of the year at only 9 hours and 52 seconds.

This is the Earth-centric view, of course. Although the day/night duration calculations are correct, and days seem to get shorter in the summer and fall and longer in the winter and spring, that’s just our perspective from the surface of the earth. In reality, so far as our solar system is concerned, the sun is fixed in the center of the system and the planets – including the Earth – orbit around it.

But Earth’s annual trip around the sun – its orbit – doesn’t account for the apparent movement of the sun – south to north in winter and spring and north to south in summer and fall. Were it as simple as that – the Earth orbiting the sun – we’d have a situation similar to that of the Moon. Luna, as the Moon is often called, orbits the Earth and rotates on its axis only once per revolution, keeping one side, the side familiar to us, always facing the Earth. The other side – the so-called dark side – never faces our planet, and only since the advent of space flight and rocket trips to the moon has man ever had a glimpse of the dark side.

But Earth, which is not tide-locked into a single rotation per orbit as the moon is, rotates much more frequently, making 365 and a quarter rotations for each orbit around the sun. Each rotation takes just under 24 hours. From these numbers, 365.25 and 24, we derive the length of our year, measured in days, and the length of our day, measured in hours.

This is all very well, but the fact that the Earth rotates once per day and orbits the sun every 365.25 days doesn’t explain the apparent north-south, south-north movement of the sun when viewed from the surface of Earth.

What causes that apparent movement is the fact that the Earth is tilted about 23.5 degrees in relation to the plane in which it orbits the sun. This plane is called “The Plane of the Ecliptic,” and is the same plane occupied by the other seven planets of our solar system as they orbit the sun. If the Earth stood vertical in the Plane of the Ecliptic, with the north pole straight up and south pole straight down, the sun would never move north or south. It would rise each morning in precisely the same location on the eastern horizon and set each evening in precisely the same location on the western horizon. Each period of day and night would be the same from day to day, and those periods would be very close to 12 hours for most of the planet.

Earth is tilted, however, and presently the axis of rotation – an imaginary line drawn through the center of the earth from the north physical pole to the south physical pole and around which the earth rotates once every 24 hours – is leaned over at 23.5 degrees.

All in all, three things have to work in concert to provide the seasons and the apparent solar movement we see. Earth has to orbit the sun. Earth has to rotate. And – perhaps most importantly – Earth has to be “leaned over” with an axial tilt of 23.5 degrees.

So enjoy next Tuesday, Dec. 21, the shortest day and longest night of the year, with the certain knowledge that as our planet continues to orbit the sun, our trusty axial tilt will mean lengthening days. Before you know it, it will once again be spring, and life will begin anew across the lovely and majestic Great Plains.
Posted by PrairieAdventure at 11:14 AM No comments:

In honor of the Middies big win today...

More than 25 years ago. My how time flies. The A-4F  Super Fox was probably the best aircraft the Blue Angels ever performed in. Some of the footage gives you a real feeling for what "form" is really like.
Posted by PrairieAdventure at 10:21 PM No comments: 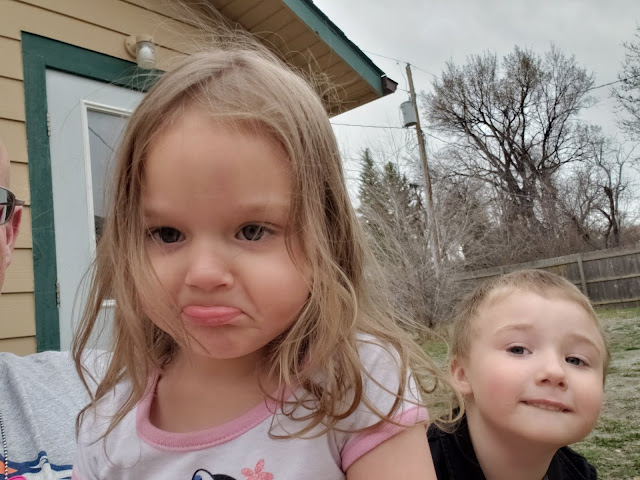