When I was in boot camp in far away San Diego I was fascinated by the Spanish Mission architecture of the base.

Something about the low, sprawling, adobe colored, red tiled buildings resonated with me, and as we marched around doing push ups and other silly things I would occasionally feel a wave of déjà vu wash over me. That feeling was directly associated with those buildings. Somehow I had the strong feeling that I'd walked among those same buildings in the past. 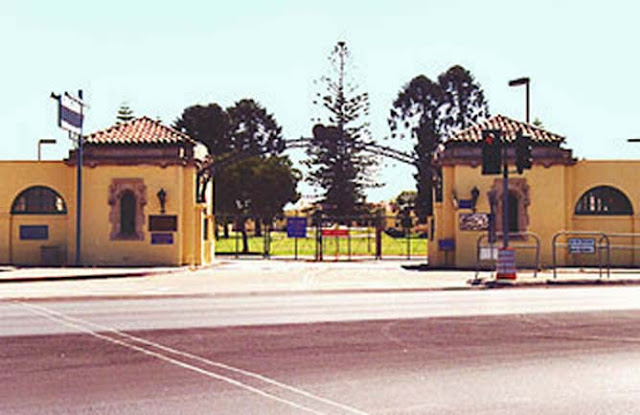 Which was silly, because none of those buildings had existed in the past. The ones that resonated so strongly with me were of recent construction, and the real old buildings on base, the ones that were two- and three-story whitewashed and red tiled structures, didn't resonate at all. 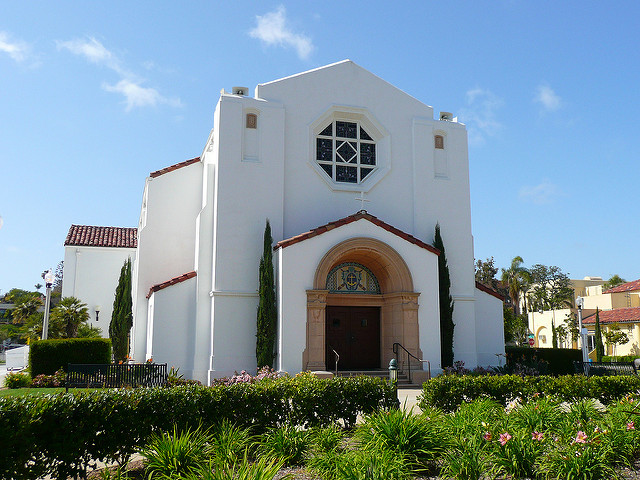 Funny how the mind works. Well, my mind anyway.

Those were interesting days. I went from this: 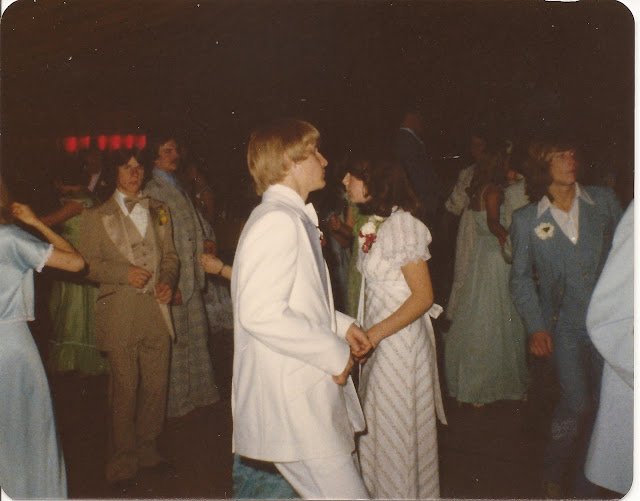 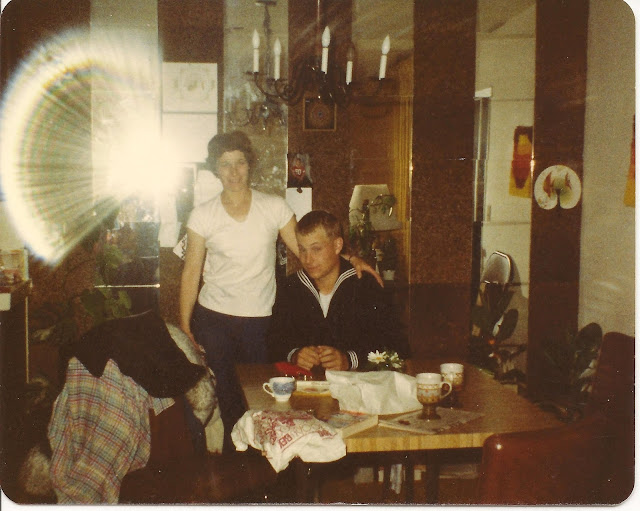 In about four months.

Couple of videos from a short-lived band called Foxes and Fossils.

Here's a vintage recipe from a 1967 cookbook called “The Poll-Ette Hostess.” Turns out that all the cool kids are rediscovering vintage recipes.

If I understand the story, the Poll-Ettes were the ladies branch of the Polled Hereford Association here in the U.S. As many of you doubtless know, ladies organizations have produced cookbooks for years, and the Poll-Ettes were no exception. They seem to have revised and published a number of cookbooks throughout the 60’s and 70’s.

Anyway, the recipe is for -- get this -- Roast Beef Fudge!

Being a cattleman type person, I had to give it a try.

One of the first steps of the recipe is to bring sugar, butter, and evaporated milk to a boil, then cook until the mixture reaches the soft ball stage at about 230 degrees. Now here’s an interesting sciency tidbit. If you’ve ever made candy, you’ve probably noticed that the temperature will quickly rise to boiling, but then it seems to stick there at the boiling point forever. This is because the liquid water in the mixture cannot exceed its boiling point (212 degrees at sea level) at normal atmospheric pressure. Once the water boils off (most of it anyway) the temperature will begin to rise again and the mixture will quickly reach (or exceed!) your target temperature.

The recipe says to bring the mixture to soft ball stage, remove from the heat, and then stir in chocolate, marshmallow, vanilla, and -- finally -- roast beef. The hot, sugary mixture retains more than enough heat to melt the chocolate and marshmallow.

As for the beef, the recipe calls for a cup of ground up roast beef. I ground mine in the food processor and that worked fine. The beef came from a top round roast I’d prepared earlier to make sandwiches with. So winner-winner, roast beef dinner!

I have to admit that I was a bit curious about whether I’d like this fudge or not. I’m not big on desserts and sugary stuff, and overly sweet things tend to put me off. Adding roast beef to fudge seemed to be a bit of a stretch, and I thought I might not find it palatable at all.

As it turned out though, it wasn't bad. The fudge is sweet, but not overly sweet (in small doses anyway), and the beef seems to add texture and savor without adding a strong beefy flavor. It's odd, but it seems to work.

Finally, I think it’s really interesting and charming that young people all over the world are rediscovering these ‘ancient’ recipes from a half-century ago. We did the same thing when we were their age, and in a time when people seem to be frightened of the way things seem to change so rapidly these days, it’s nice to be reminded that people are still people, and there’s nothing new under the sun.


Cook butter, milk and sugar to soft ball stage (about 230 degrees), stirring often. Remove from heat and stir in chocolate chips and marshmallow fluff until melted. Stir in vanilla and ground beef roast. Beat until firm and pour into a well-greased 9x13 pan. 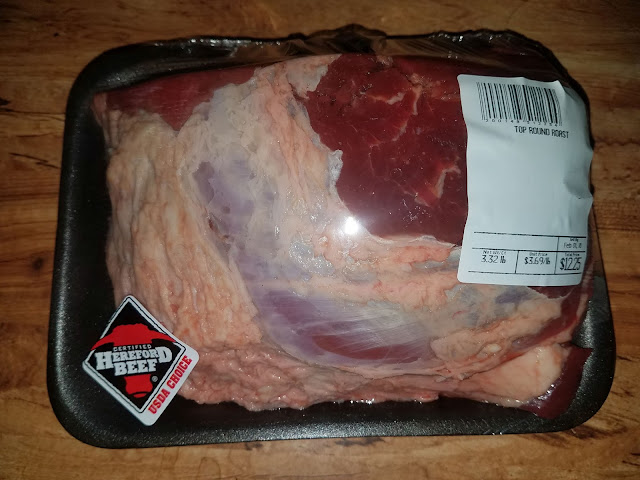 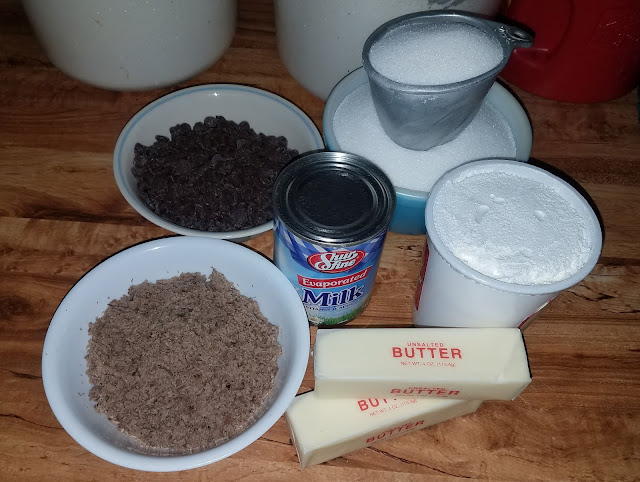 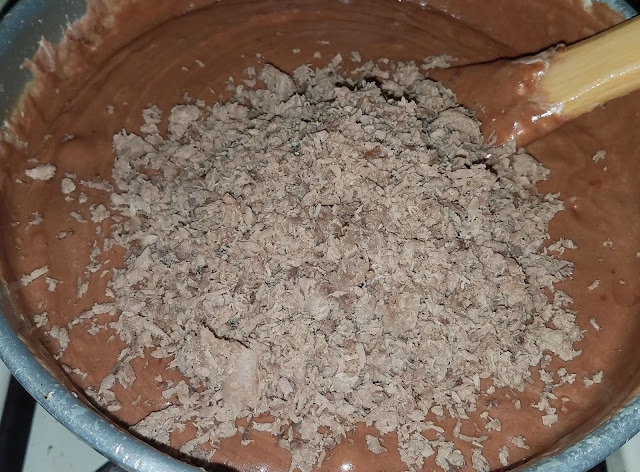 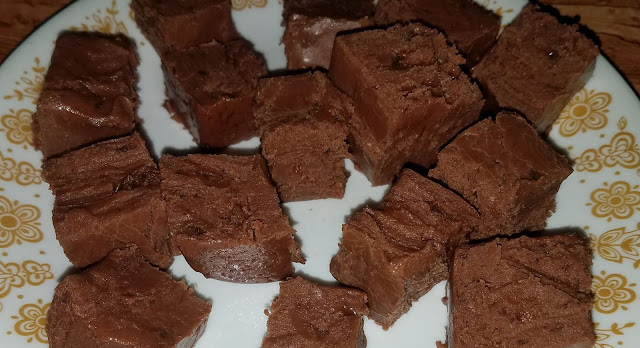 Posted by PrairieAdventure at 6:00 AM 7 comments:

The curse of being famous

The last couple of months have been non-optimal. A family member is quite ill -- I'll not get into details -- but it's been a tough row to hoe for a while. Tough in the ways you might expect but also even tougher in ways you might not expect. One bit of fallout is that I've bailed out of nearly all of the rest of the world. I've barely touched the interwebs for months now -- not even to peruse the peruvian porn sites -- and on balance I think I'm healthier for it. I may write about this period in detail at some point, but today isn't that point.

No, today is the day to write about the curse of being famous. Which is actually no curse at all in my case. Rather, it's a blessing.

This morning I rolled into the cornvenience where I've been working the night shift this winter. I wanted a cup of coffee and also wanted to see how the new(ish) manager is getting along. Again, I'll not go into detail, but she's really had a non-optimal experience since she got here just before Thanksgiving. She's got a metric shit-ton of grit and determination though, and I really admire that. A real champion of suck it up and drive on. I'm pulling for her and try to do as much as I can to provide support. Mostly just by doing the best job I can. I'm not in management and I don't want to be (will not be) in management, but I can be the guy who can be relied on to suit up, show up, and do it right. It's not much, but it's what I got.

Anyway, I roll in for a cup of joe and a brief confab and the manager says, "Hey, I'm supposed to tell you to get your ass back to work on your blog!"

Made for a big bright spot in my day, it did.

And gave me some marching orders, which I will do my best to comply with.

BTW, did I mention it's winter? Last week we went from 65 degrees at 3 p.m. to minus 16 degrees at midnight with five inches of snow. Yep, that's the winter I know and love. 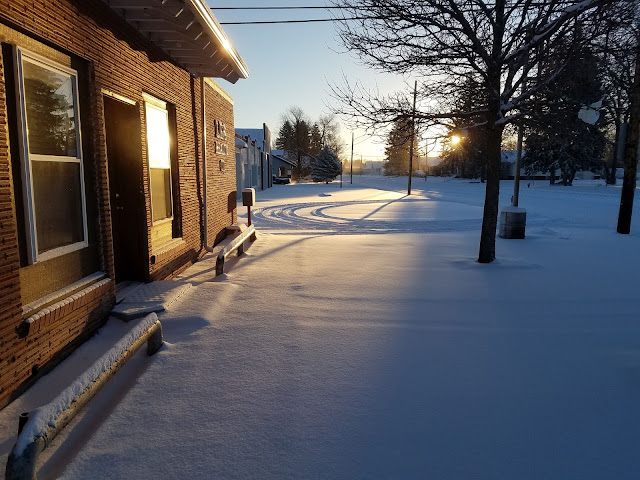 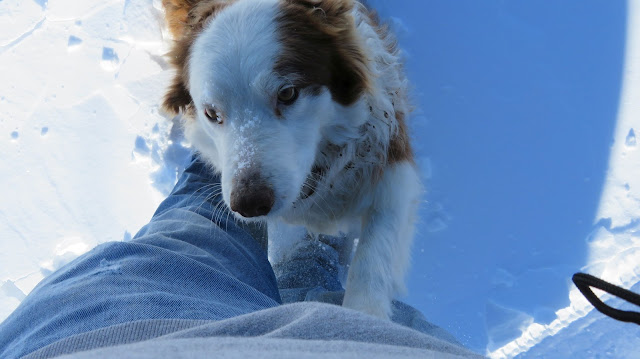 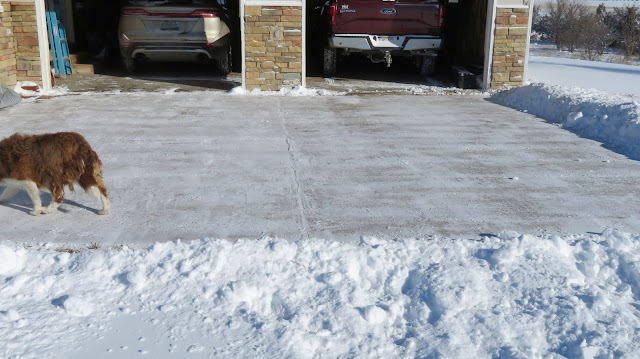 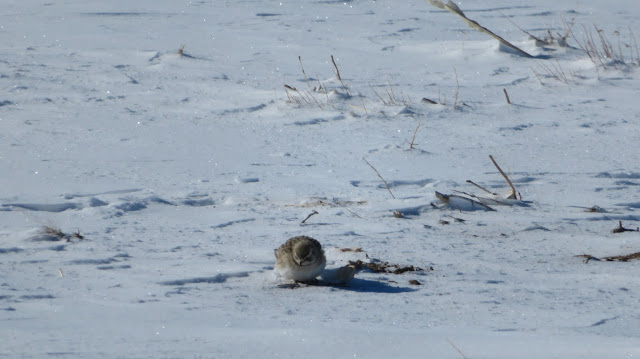 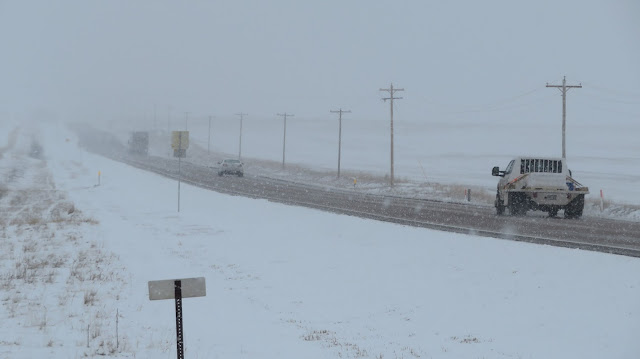 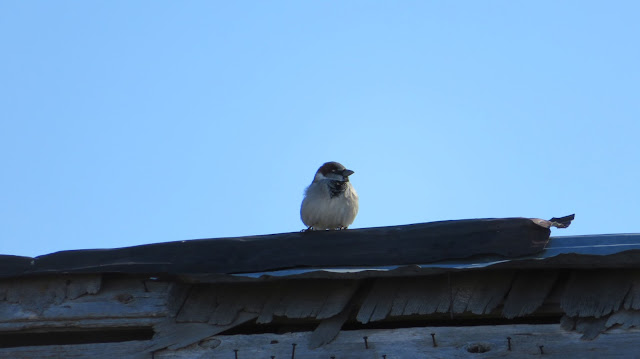 Posted by PrairieAdventure at 9:45 AM 17 comments: