Shaun asked me to talk about changing careers in the Navy. The one thing you always hear in the Navy’s marketing (or used to, before it became a “Global Force for Good”) was “Join the Navy and See the World.” One thing that no one ever promised you, though, is what you’d do while you were seeing it.
There are plenty of cases where unscrupulous recruiters signed up people to do things that they really didn’t want to do…but sometimes you start a career and it goes away on you. That is what happened to me.
I started out flying the mighty A-6E Intruder.


It was a bomber that flew off of the aircraft carrier and could carry 15,000 pounds of bombs, rockets and missiles. Enough to really ruin someone’s day. It was also able to carry nukes, back during the Cold War when that was something that we routinely trained for. It was a great plane to fly, especially as a navigator, as it was about the only plane that you got to look out the front window of. It was a two-seater, side-by-side, with the pilot on the left and the bombardier/navigator (that’s me!) on the right. The pilot flew the plane and I handled all of the communications, navigation and weapons systems.

We used to fly at 450 miles an hour at 200 feet above the ground…MAN! The fence poles went by fast like that!

One of the best parts of flying an Intruder was that it could carry just about any weapon that we had in our inventory, like big laser guided bombs (the one below is blue because it didn't have high explosive in it). 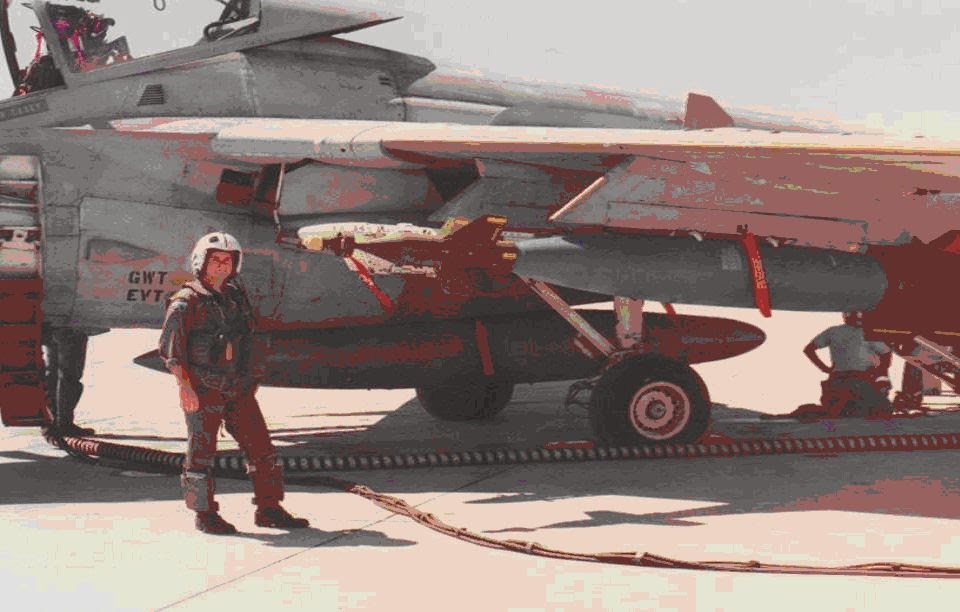 All good stuff. When I went through the training squadron in 1989, I was told, “There are people that aren't even born yet that will be flying this plane.” Woohoo! Job security! I could fly this plane for 20 years and then retire. Awesome!
A funny thing happened. We won the Cold War during my first cruise on the USS Dwight D. Eisenhower. Yes, my squadron, the VA-34 Blue Blasters, was on cruise when the Berlin Wall fell, so we feel responsible for winning the war all by ourselves.
While that was good for world peace, it was bad for us as, in 1993 (just 4 years later), I was told that they (the infamous “they” that resides in Washington, DC somewhere) had decided to cut the A-6 due to budget reasons. It was either kill the A-6 or the F-14, and the decision was made to axe the A-6 because it was older.
“They” then axed the F-14 shortly thereafter, too, deciding to go with an airwing of all F-18s. (The fact that parts for the F-18 are made in 49 of the 50 states had nothing to do with it, I’m sure, but that is a topic for another day).
So I found a new home in EP-3E’s, along with a number of former A-6 guys. What’s an EP-3E? It is a large, land-based airplane that flies high and does reconnaissance (trying to figure out what the bad guys are doing). If there is an opposite to the A-6, it is probably this. 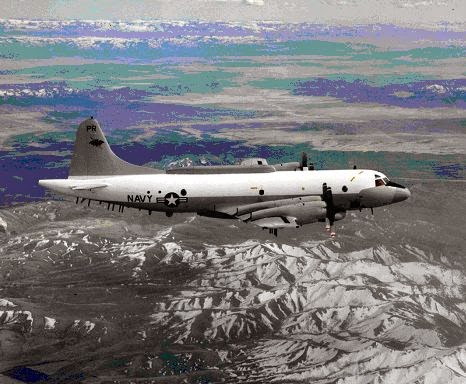 Even though it was WAY different from flying an A-6, it was a lot of fun to fly a reconnaissance aircraft. If nothing else, you always knew what would be on CNN two days later. One thing that is common throughout the Navy is esprit de corps; we believed that we were just as important doing recon as we had been when we were flying A-6s. Funny thing; I ended up going to war in the EP-3E and getting an Air Medal for it, where I never did that in the plane that was meant for war. Life is funny that way, sometimes, eh? Here we are on the first night of the Kosovo War. I’m in the front row, third from the right. 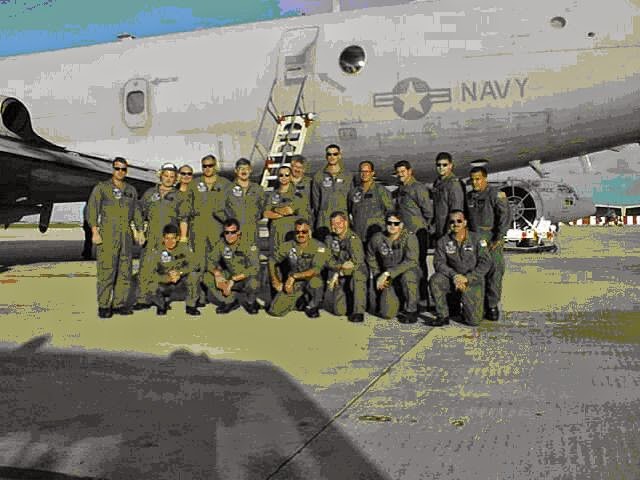 What’s the point in all this? Life (and the Navy) is what you make of it. We were given a choice of getting out of the Navy or transitioning to a new plane. I chose the new plane and finished out my career with it. I made a lot of friends and have a lot of stories to tell (although I’d have to kill you for some of them, lol) that I wouldn’t have if I had left the Navy.
As someone much wiser than me once said, “Life is like a box of chocolates…”

Bestselling Science Fiction/Fantasy author and speaker Chris Kennedy is a former naval aviator with over 3,000 hours in the A-6E Intruder (300 traps) and EP-3E Aires II. Now retired from the Navy, he works as an Instructional Systems Designer for the Navy Department and is an advisory board member of Hampton Roads Writers. His full length novels include the "Occupied Seattle" military fiction duology, the "Theogony" science fiction trilogy and the "War for Dominance" fantasy trilogy. His latest book is "Self-Publishing for Profit: How to Get Your Book Out of Your Head and Onto the Shelves," and he is working on "The Search for Gram," the fourth book set in the Theogony universe.

Posted by PrairieAdventure at 10:23 PM