The local term isn't that far off, really, a riff on the more commonly known/seen sun dog phenomena.

For those keeping score at home, this, from wikipedia:

Sun dogs (or sundogs), mock suns or phantom suns, scientific name parhelia (singular parhelion), are an atmospheric phenomenon that consists of a pair of bright spots on either side on the Sun, often co-occurring with a luminous ring known as a 22° halo. Sun dogs are a member of a large family of halos, created by light interacting with ice crystals in the atmosphere. Sun dogs typically appear as two subtly colored patches of light to the left and right of the Sun, approximately 22° distant and at the same elevation above the horizon as the Sun. They can be seen anywhere in the world during any season, but they are not always obvious or bright. Sun dogs are best seen and are most conspicuous when the Sun is close to the horizon.
Thus:
Sorry...


At any rate, sundogs are far from uncommon around here during the winter. Moondogs are something less than rare as well. Both called snowdogs by the good people of Kimball County, including myself. And they're very cool and all, but my favorite are light pillars. We call them snowdogs, too. Many of us are just too cheap to keep extra words laying around, being underemployed.

Light pillars, according to wikipedia:

Light pillars are a kind of optical phenomenon which is formed by the reflection of sunlight or moonlight by ice crystals that are present in the Earth's atmosphere. They are also called the crystal beam phenomenon. The light pillar looks like a thin column that extends vertically above and/or below the source of light. The light pillar is prominently visible when the Sun is low or lies below the horizon. It normally forms an arc that extends from five to ten degrees beyond the solar disc. Light pillars can sometimes also be seen arising from the Moon. Light pillars [can] also be formed by man-made light sources, such as streetlights.
Thus:
I think light pillars, which I call snowdogs, are the bomb. The ones cast by the sun are great, but the really cool ones are cast by the moon. And the all time coolest of all time without a single doubt are those cast by the rotating beacon at Kimball's Municipal Airport, KIBM. At least in my opinion.

There's just something amazing about being outside on a still winter's evening and seeing that shaft of light shoot heavenward every few seconds. I can, and often do (when conditions are right) watch it for hours.

Now that you've seen some good snowdog images taken by competent photographers, I'll share what I captured via my S4 the other evening. Unfortunately, these images don't do the experience justice. If I was a good blogger I would purchase an expensive camera, learn how to use it, and post up some breathtaking pics. Maybe someday. But for now I am a cheap and lazy blogger.

You can click to enlarge. They look kinda cool on a big screen in a dark room. But so does my boot camp graduation picture. If you squint. And have been drinking. 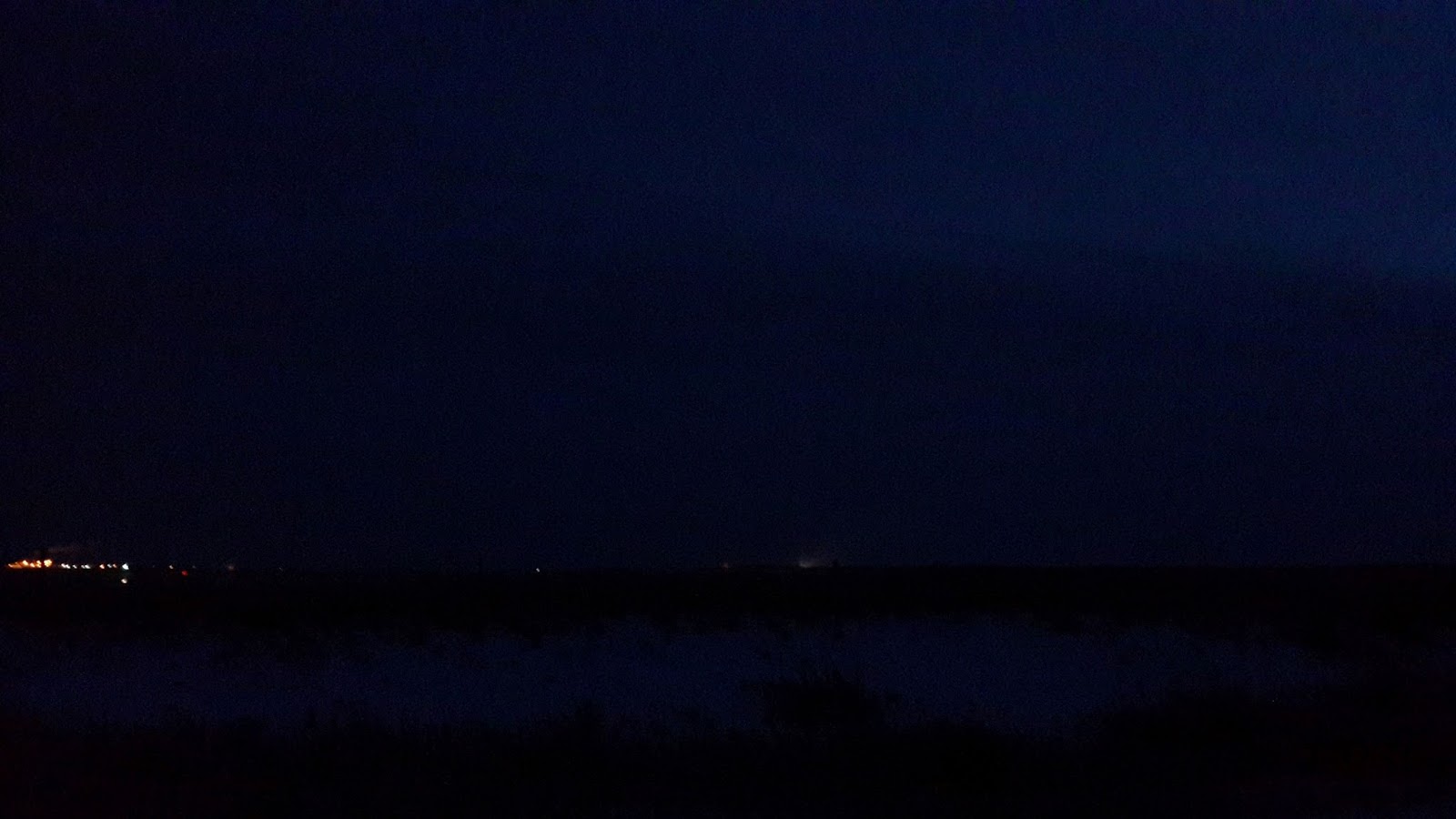 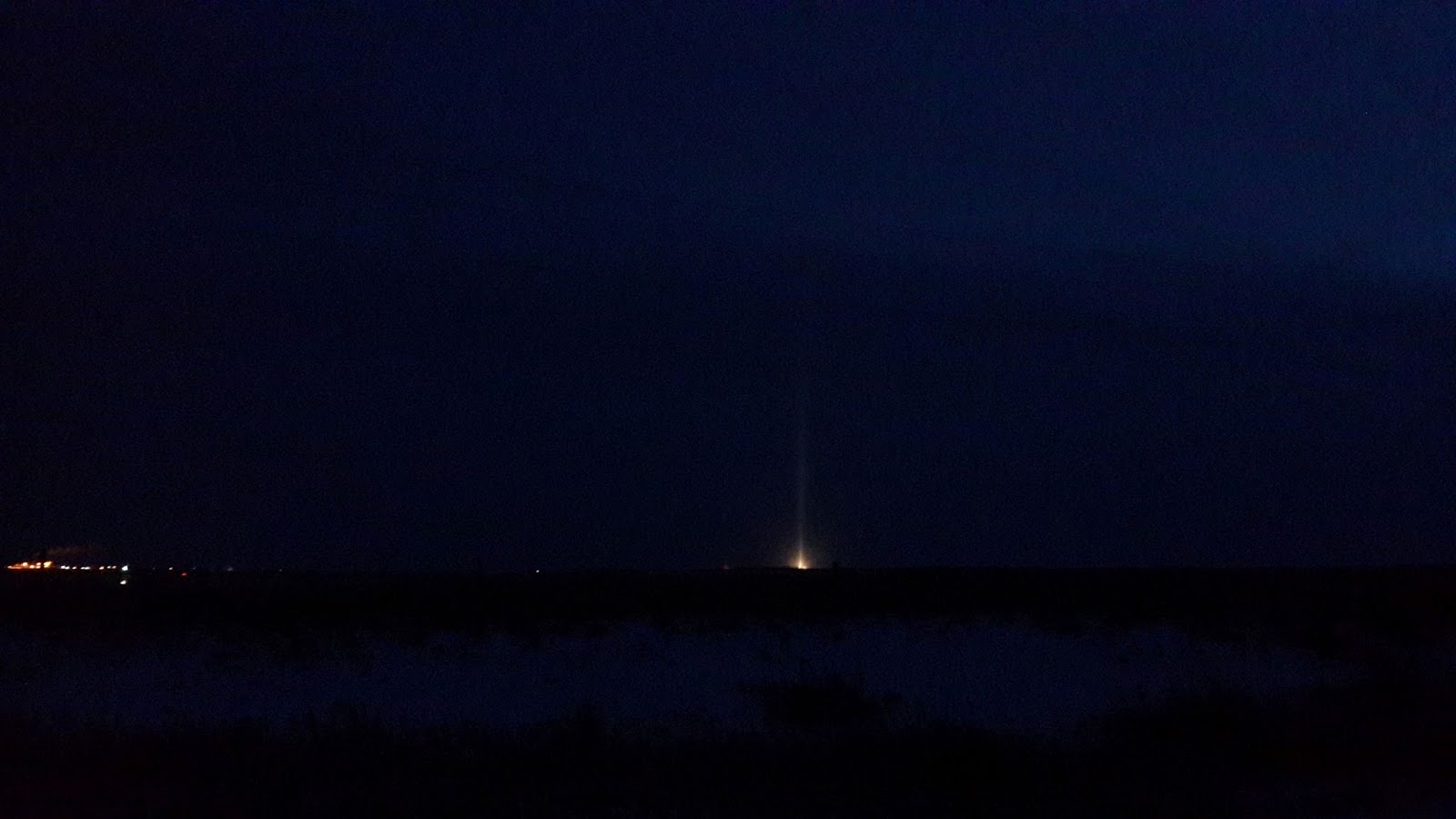 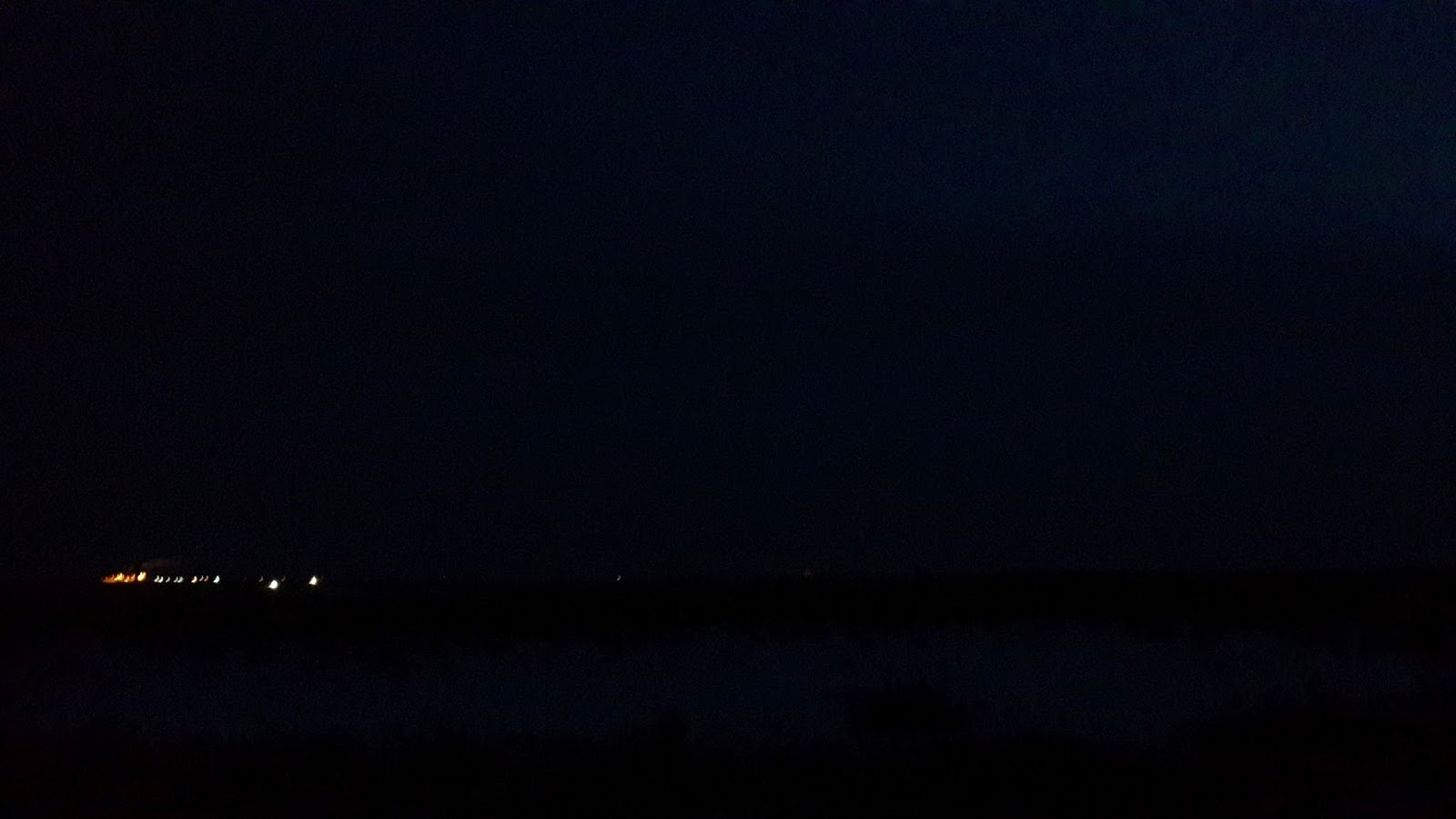 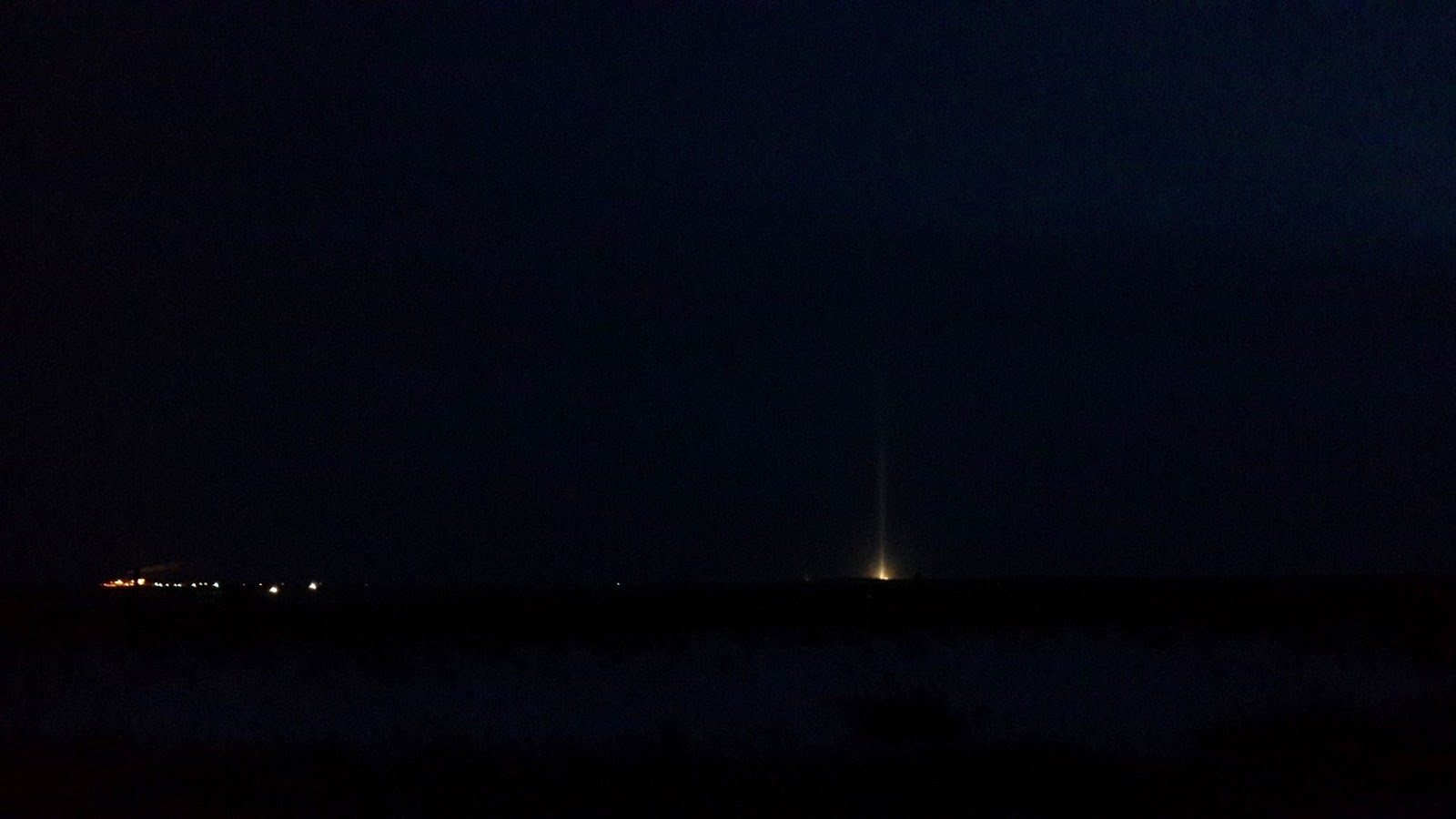 Posted by PrairieAdventure at 5:05 PM