I pushed it good and hard yesterday.

I had a workout hike planned and even though I wasn't feeling all that great I plunged ahead with the project. Experience has taught me that working through these little ailments often makes me feel better and sometimes even provides the cure.

Experience has also taught me that coddling myself tends to make me feel worse and extend the duration of the ailment.

And so off I took myself.

A workout hike, in my universe, is for giving the old carcass a ruddy good challenge. Putting the hammer down, as it were. Striding out hard and sustaining the best pace possible. Scampering up and down hills without pause. Driving right on by the pretties, not pausing to examine and wonder and photograph. Making the heart pound and keeping it up in the 180+ range as long as possible. Giving the lungs and diaphragm an opportunity to blow the cobs out. Making the sweat pop and run, the muscles burn, the joints hurt, the eyes pop.

A workout hike is a glorious thing, though at my advanced state of decrepitude the glory is neither comfortable nor seamless. There's quite a lot of pain involved, both physical and mental.

It's a funny and ironic game I play with myself on these workout hikes.

Funny in the sense that I consciously and subconsciously tease myself the way I was mercilessly teased by the wonderfully evil staff of the premier naval schools I attended. Time and again, whether running or swimming, those geniuses took me and my shipmates to the very ragged edge of physical exhaustion, announced the end of the evolution, and then invented an excuse to do it again. Only better. Now, ladies!

I fell for it every time, even though deep down I knew what was coming. At the end of a long run, for instance, as we staggered around in circles on the sandy beach, fingers locked behind our heads and blowing mightily, trying to re-oxygenate wooden muscles, one or another of the Inquisitional Priests would note, with innocent surprise, that we were now x miles from home and sans motorized transport. "Oh well, we'll just nip on back." And so would run. Again. 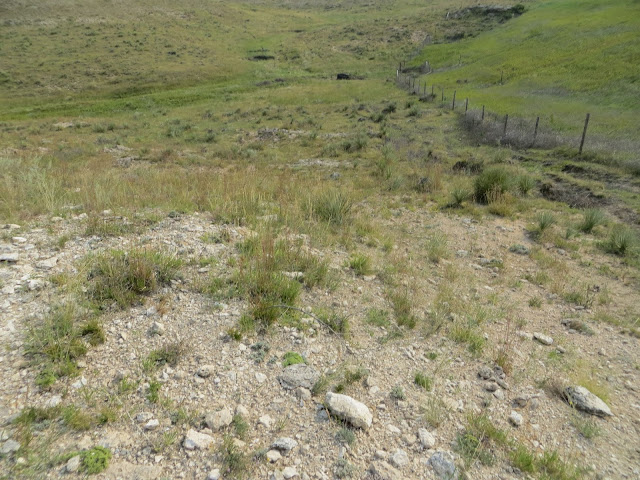 I fell for it because I desperately wanted to believe the fantasy. It had been a bloody great run, after all, and I was in the best shape of my life, which was the point of all the running, I assumed. And I fell for it because I was still weak and unformed. I could barely wrap my mind around an eight mile beach run, and firmly rejected the notion of a 16 mile run as physically impossible. 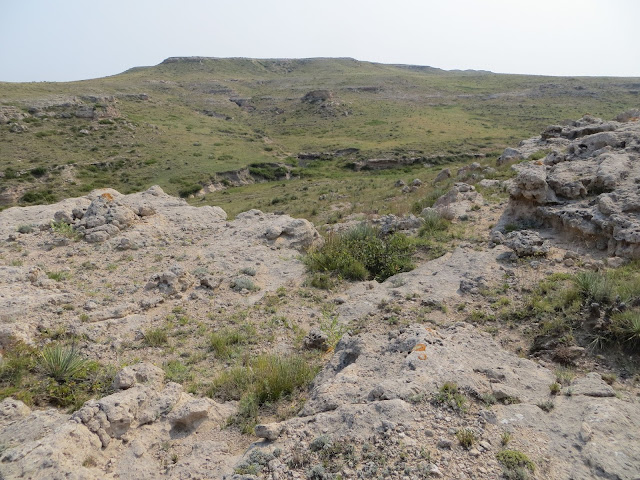 Of course my assumption that the point of the physical regimen was physical fitness was only half right. The other half -- the most important half by far -- was to develop mental fitness. The kind of mental fitness that only comes once you've exhausted the tank and had to dig deep for more. I was always astonished to find that the reserve tank held plenty of gas, far more than I ever needed. 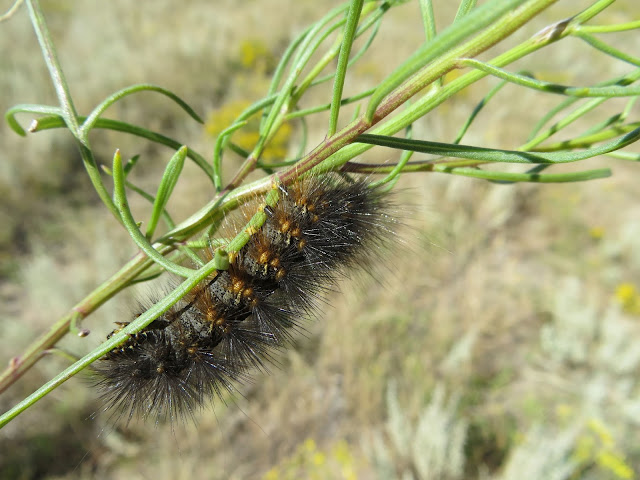 As Yogi said, perhaps apocryphally, it's 90 percent mental and the other half physical. 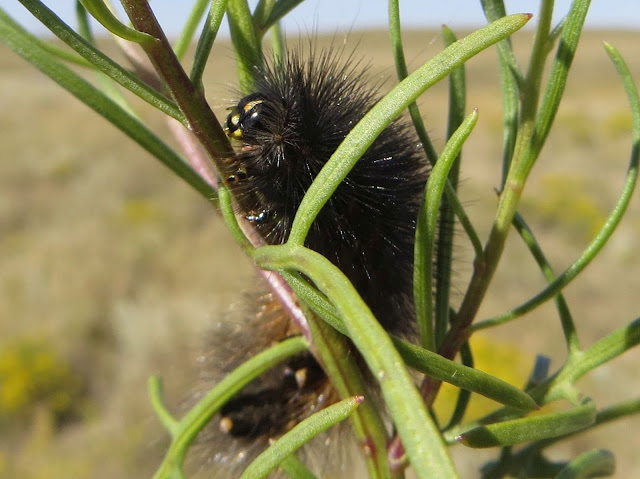 That was a magical discovery, that the endurance of my body and my mind was far, far greater than I could ever have imagined. That didn't make it easy, by any means. It was still hard, the physical effort was still enormous, and the mental effort even more enormous. The confidence it gave me, however, was one of the greatest things I've ever earned. That confidence would allow me to charge into some pretty tough situations and emerge triumphant. Well, confidence mixed with supreme ignorance and simple mindedness. But that's close enough for government work. 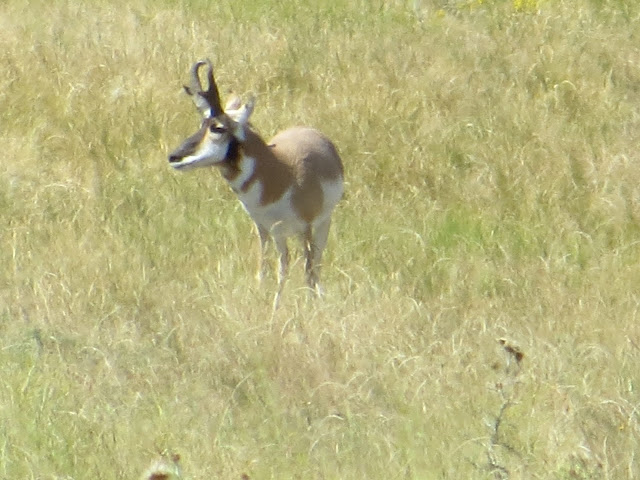 At any rate, the theme I'm trying to illustrate is the trickery deployed against us unformed neophytes by the Priests of the Naval-American Inquisition. Those tricks were tricks designed to ferret out the steel at the heart of a man. Tricks I quickly stole and tucked away in my own tool box. I was a tough guy, but I wasn't that tough. I needed those tricks. "I'll take a blow at the end of this mile," I'd tell myself. At the end of that mile, I'd promise myself a rest after one more. And then one more... 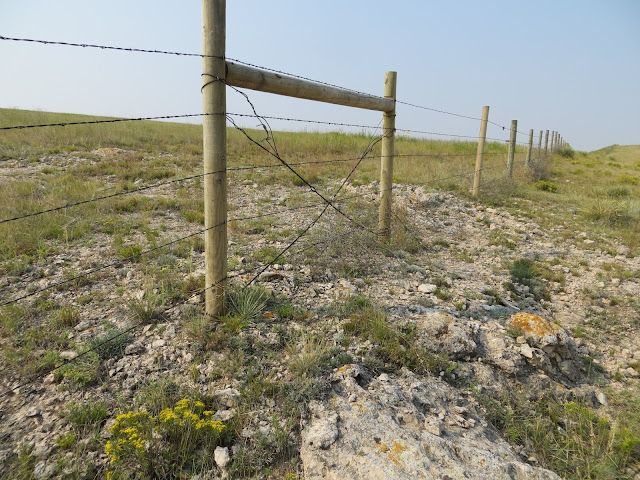 The other great trick -- and a personal favorite -- was to go away from the starting point is a straight line, go until you could go no more, and then "discover" that you've no choice but to find a way to return to the gate. The old "dang, there's no motor-t" trick. That's the best way I know to tap my reserve. Trick myself into a place where quitting is not an option. 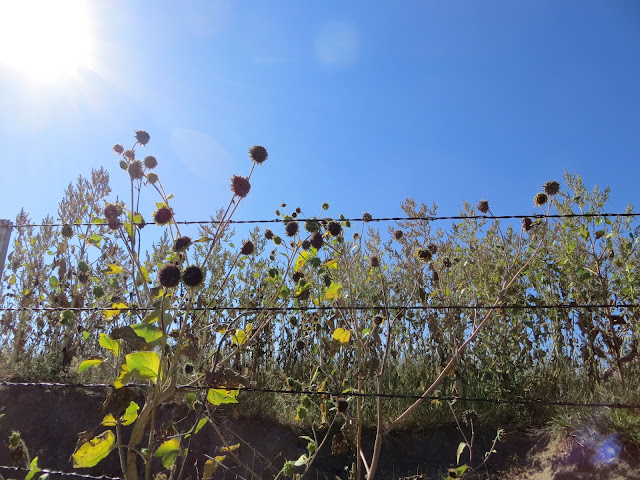 If I can make so bold, I lean heavily on the words of Kipling at such times.

If you can force your heart and nerve and sinew
To serve your turn long after they are gone,
And so hold on when there is nothing in you
Except the Will which says to them: ‘Hold on!’...
If you can fill the unforgiving minute
With sixty seconds’ worth of distance run,
Yours is the Earth and everything that’s in it...

None of which makes it easy, not by any means. But the echo of Kipling's words provide both a distraction and a spur. A distraction from the pain -- the physical pain of aching joints and burning muscle, the mental pain of enduring and persevering, and the painful fear of failing. 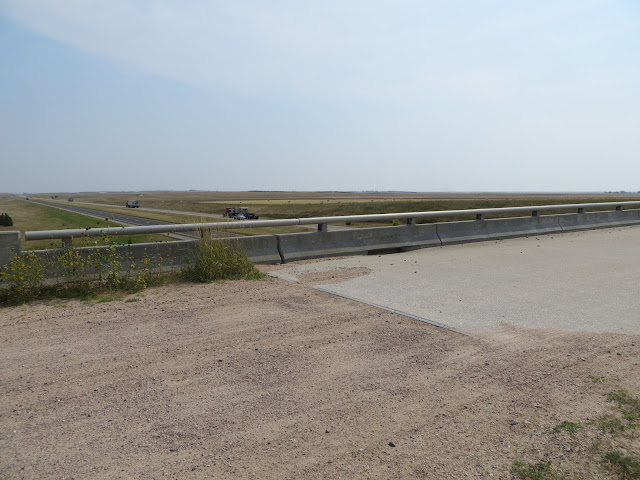 I am a shadow of my former self these days. The years and the miles have taken a toll. At (mumble) years old, and with badly abused achilles tendons, I can no longer afford to run. The damage and injury from running is simply too severe and too certain. Force equals mass times the square of velocity, after all, and the complex biomechanics of running mean a tenfold increase in velocity over walking, or "hiking," as I prefer. The square of a tenfold increase, mind you. 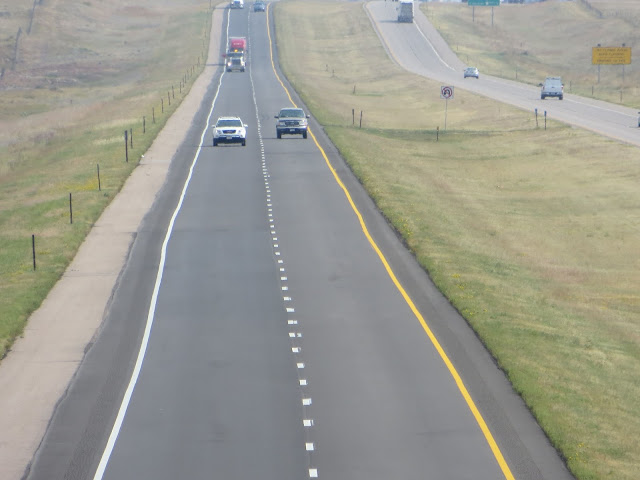 But hiking, particularly over nature's uneven prairie and up and down over her constantly changing slopes is a perfectly good way to put load on the system. Yesterday I pushed it hard. 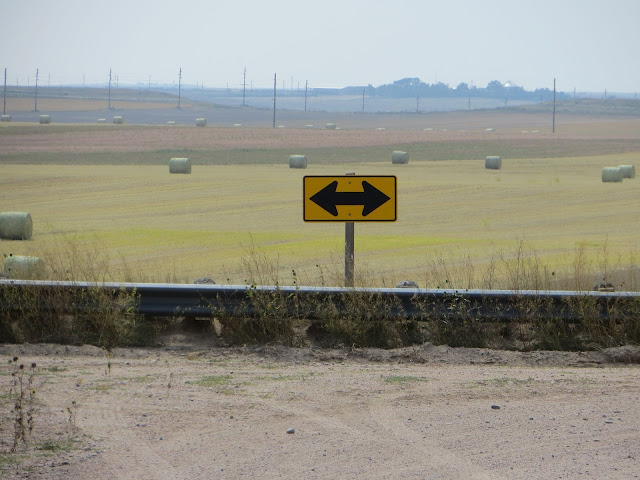 Almost, but not quite, too hard.

At the end of three miles I realized I was in trouble. Well, not trouble, really, but I realized I was dehydrated. Been there, done that, got the tee shirt. The headache, nausea and muscle cramping are unmistakable. 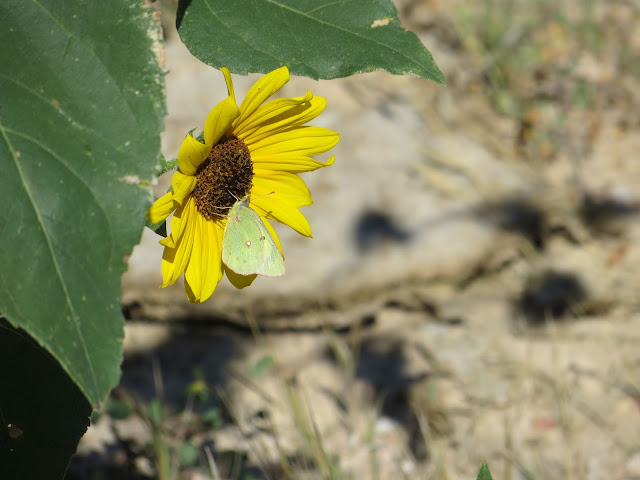 One recommended course of action in such a circumstance is to quit and hydrate. That option was out, because I'd cleverly tricked myself into being at least three miles away from my pickup and its water supply. 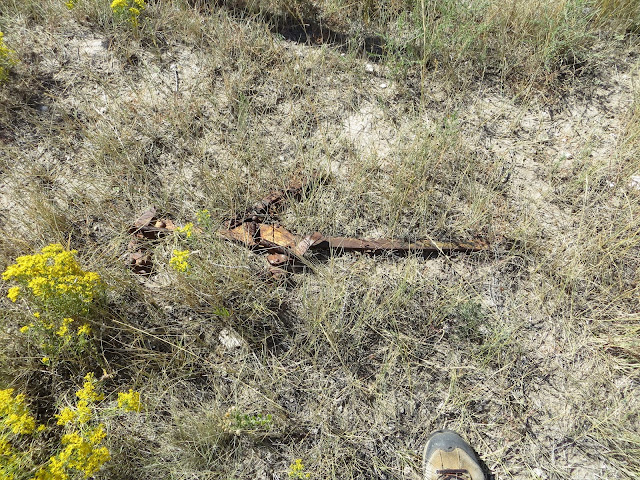 Another not-so-recommended course of action was to suck it up and drive on. I was only a mile from my halfway point, and the purpose was to dig deep, so on I drove.

Sustained physical exertion can take you to a place runners rave about, the endorphin high. But there's a place beyond that, when the endorphins run out, where something else takes over. In my experience it's a mad juxtaposition of agony and out of body experience. The stress of effort, the ache and hurt and pounding heart and rasping breath are immediate, in your face, unavoidable. At the same time some part of me -- perhaps what Kipling called the will -- stands alongside the suffering carcass and makes it possible to endure. It's a majestic and terrifying admixture.

In the home stretch, the last mile, hypocapnia had my fingers and lips tingling and I began to see stars. Time began to do goofy things. Each step took an eternity and no time at all. The last mile took forever and an instant.

At the end I blew (?!?) right past my pickup and added a half-mile of cool down. Back at the pickup I leaned against the warm metal and felt waves of lightheadedness wash over me as my breathing slowly normalized and my heart rate came back down.

As always in the past, I realized that while I was drained and worn out, I was really nowhere near my limit. Weak and shaky and sore and badly dehydrated, yes, but a long, long way from collapse.

The piper would have to be paid, of course. Clinical dehydration takes fluids and electrolytes and time to overcome. My oral rehydration recipe: two tablespoons honey, one-half teaspoon salt, one liter of water. Agitate, drink, rinse, lather, repeat. A couple of aspirin and a couple of 500 mg tylenol are helpful, too. 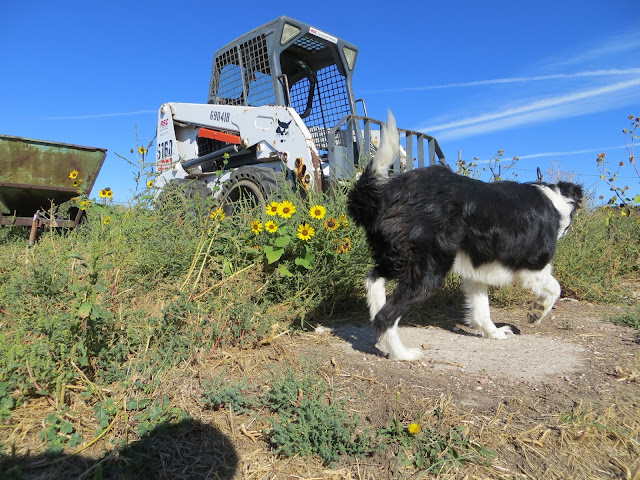 Some might say that I'd pulled a foolish and dangerous stunt. In some sense they'd be right, particularly in today's risk averse world. But there can be no real reward without risk. And the risk wasn't that great to begin with. The reward was sublime. Knowing for certain that I can still get to that place is a powerful thing. 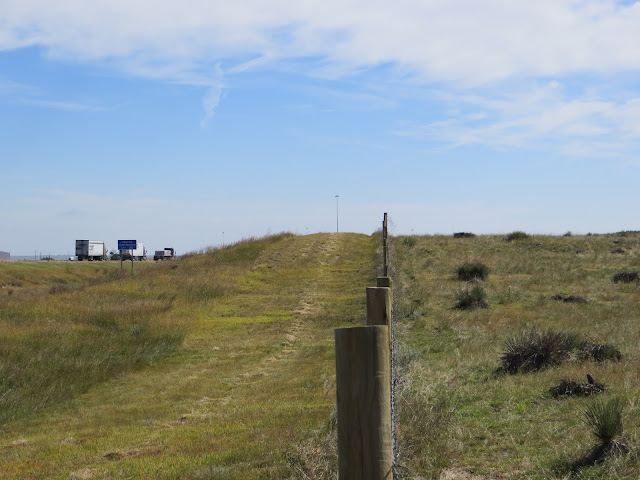 This morning I did the same course again, albeit at a slower pace, and with a couple of stops to study and marvel and photograph some of nature's delights. My splits were only 35 seconds slower than yesterday's frenetic pace, but the experience was fundamentally different. A good, healthy hike, extremely enjoyable, with only a few aches and pains.

And what does all this have to do with anything?


Posted by PrairieAdventure at 7:03 PM