It's perfectly reasonable and acceptable to pay no attention to the words of this rant. 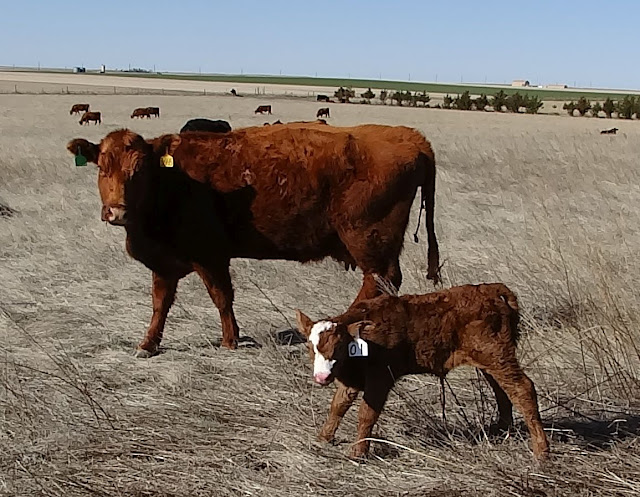 I recently accepted an assignment to write a piece under the thematic aegis of "triumphs and tragedies."

What was I thinking?

Some of Kimball's WWI servicemen, just because. 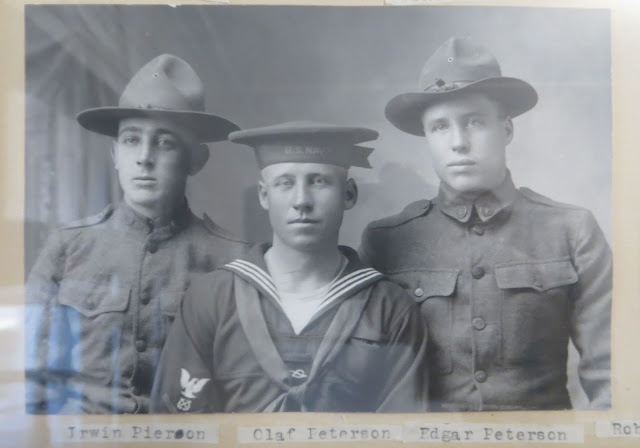 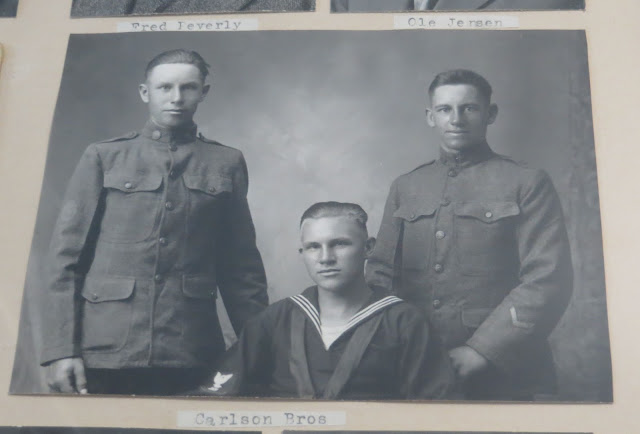 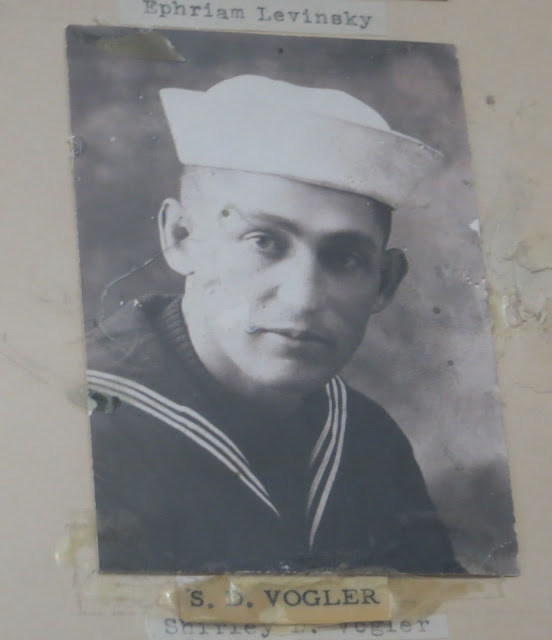 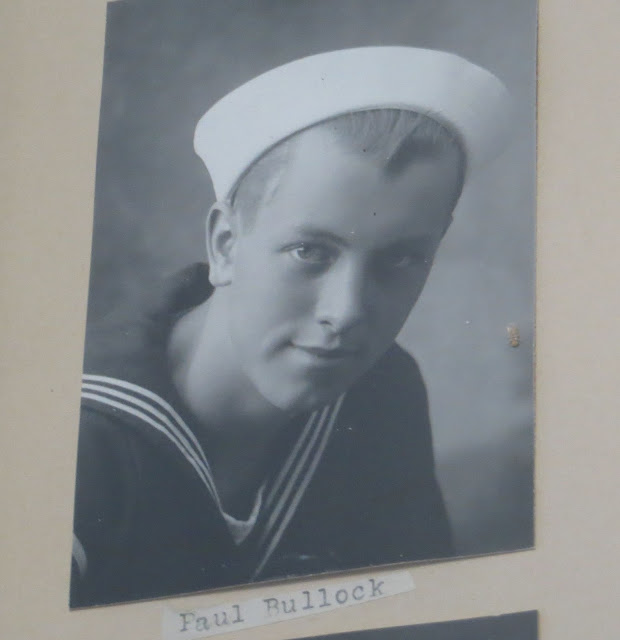 The theme is pathologically Western in nature, presuming that the universe is neatly arranged into a pair of tidy groups, good thangs an' bad thangs.

I guess I'm officially old and crotchety now, because I find that presumption irritating as hell.

The universe just is. Every bit of it, from the largest to the tiniest scale, is extremely interesting, at least to thinking creatures. 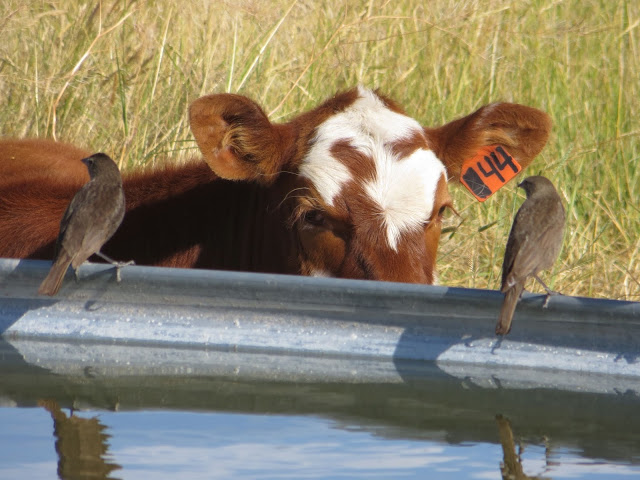 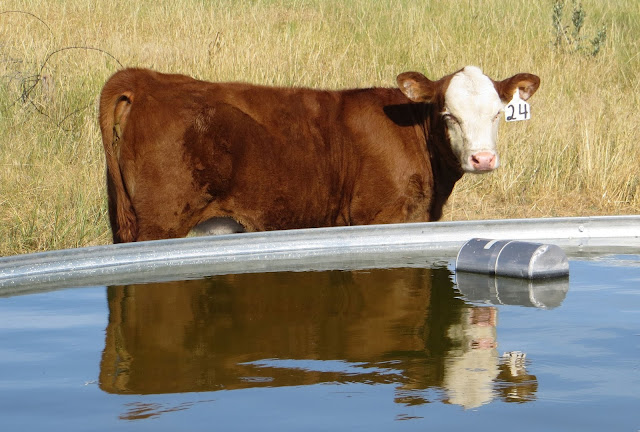 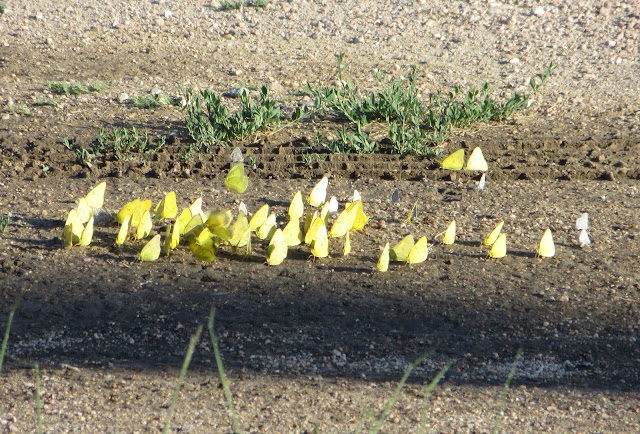 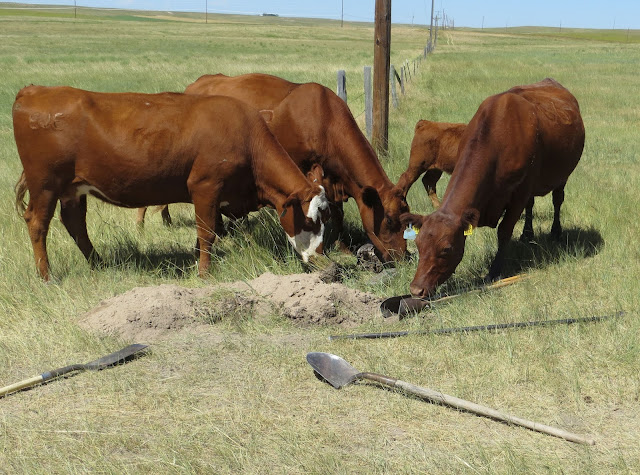 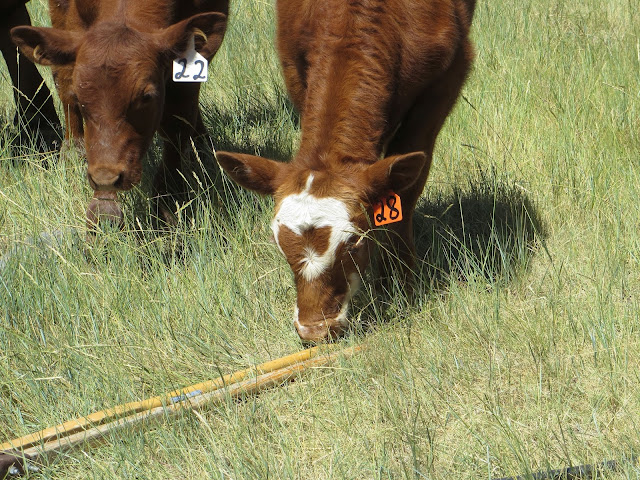 None of it is good or bad. It just is.

The ideas of good and bad, triumph and tragedy, those come from the thinking creatures.

Nothing wrong with that. It's what we do and it's part of the universe so it's cool as hell. Except when the thinking creatures forget about scale and context and perspective, and in their grand laziness, lump everything into one category or another.

Not long ago I shared a video I'd taken of a long tailed weasel with a lot of friends and neighbors.

From each viewer I got one of two responses.

Now the weasel in the video is certainly cute. I might add only two or three "oh's" to the "so," but I'm cool with 21. Weasels are also carnivores, eat half their body weight in fresh, still-bleeding meat every day, and kill their prey without mercy. Of course, they're weasels, not nuns or librarians or school teachers. They don't do mercy. That's a thinking creature thing.

So why the hell am I ranting?

Just old and crotchety I guess. 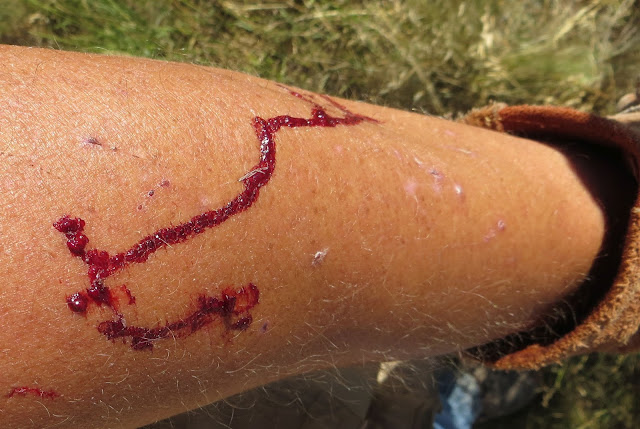 That and the fact that most folks want everything to get more better but few of them want to do the icky-yucky thinking thing.


On August 15, 1945 the Japanese Empire surrendered to the victorious Allied Powers. Those who had started the war in a bid to control the Earth and all her people were finally defeated after six years. The world was safe for democracy.


On August 15, 1945 World War II’s period of active combat ceased, yet men, women and children continued to die as an indirect consequence of the war that had already taken the lives of, depending on how you count the numbers, thirty or fifty or perhaps even one-hundred million souls.


When my grandparents died, it was a tragedy for our family, yet each of them had lived long, successful and triumphant lives.


When I served in the navy I knew many men and women who tragically died at a far younger age than most. Their sacrifices each have powerful meaning, though, because they gave their last full measure of devotion to the cause of Liberty. To give your life in such a cause is, by any measure, a triumph.


Words have meaning, but those meanings are often nuanced and depend entirely on scale, context and perspective.


Several springs ago I was hiking through the prairie in early March. I passed through the cow herd and saw how close many cows were to calving. It was a bright and warmish morning, the first hints of spring were in the air, the cows had come through the winter in fine shape, and all about me the world was about to erupt with new life. In some sense, it was a moment of triumph.

I did a head count as I hiked and came up one cow short. Since I was on the east edge of the pasture, I struck off to the west, knowing I’d likely find the cow off by herself with a new calf. As I hiked along I enjoyed the day, enjoyed the physical exertion, enjoyed watching the prairie wake from her long winter snooze. I topped a rise and spied the missing cow about a half-mile away, just south of a windmill near the slope of an old gravel pit. Sure enough, she was licking off a new calf.


As I drew closer, though, I could see that something wasn’t quite right. The cow was doing more sniffing than licking, and the calf, flat out on its side, didn’t seem to be moving. The cow nervously eyed me as I approached. She would look at me, pace a few steps away, then turn and walk back to the calf, nudging and sniffing.


The calf was dead, still and motionless, eyes open but glazed and unfocused. A pretty little red heifer, brockle-faced just like her mama. I sat down on the cool, newly growing prairie next to the calf and did the mental gymnastics of coming to terms with the little tragedy, the death of the first calf of the season. The sadness I felt was real. All the promise of new life, gone before it had begun. There would be no long summer of growth and play and calf-socialization for this one. Sometimes that’s the way it goes.


Later that year, in the heat of July, I happened across a turkey vulture feasting on the carcass of a fox. The fox had been struck and killed by a grain truck several days earlier. 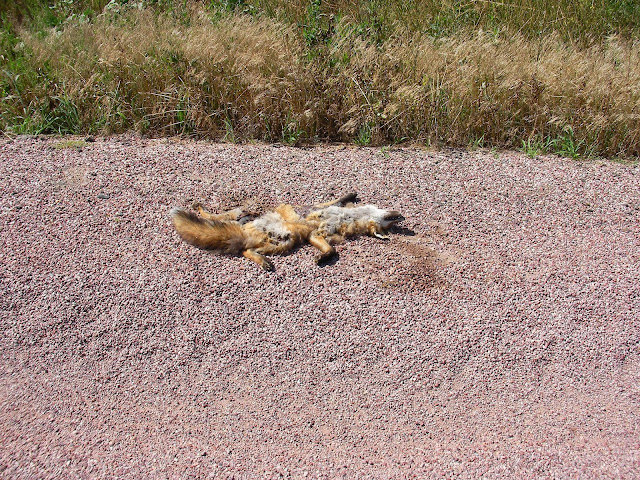 The big dark bird arrived an hour after sunrise, soaring in looping, graceful circles in the clear, cobalt sky. Fluttering wingtips proved that the bird was riding rough currents of warm, rising air as an August sun baked the farmland below.


After twenty minutes of lazy circling the bird stooped toward the road, flared a dozen feet above the fox carcass, then made possibly the ugliest, most graceless landing in the history of flight. Slowly, almost painfully, with wings still spread wide, the bird hopped once, twice, three times toward the carcass.


The Turkey Vulture (Cathartes aura) is far from uncommon across the High Plains, though populations are probably smaller than those of the more commonly seen hawk species. Often called Turkey Buzzards, the big, dark birds are almost exclusively carrion eaters. Graceful on the wing, they are rather clumsy on the ground, and even somewhat ugly with their red, naked head. They serve a useful purpose, though, helping to clean up the remains of dead animals. Turkey Vultures have one of the most highly developed olfactory systems of any animal, and can scent decaying carcasses at incredible distances.


A closer look revealed the reason this particular Turkey Vulture seemed so clumsy on the ground – it had only a single leg. Other than the missing leg, the bird seemed to be a healthy adult. Whether the missing limb was a congenital or traumatic defect, it didn’t seem to have kept the vulture from thriving. 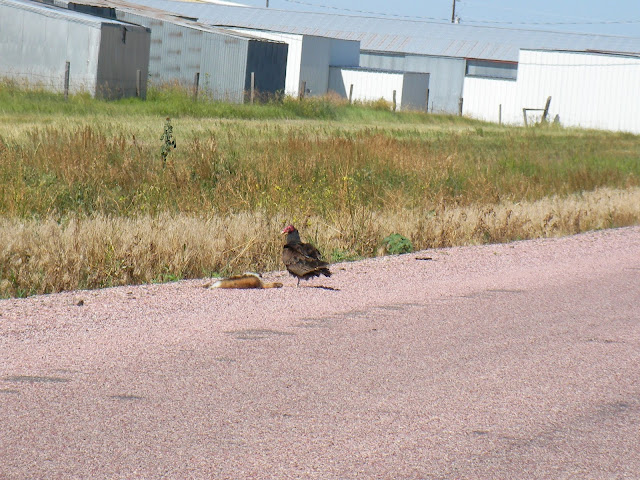 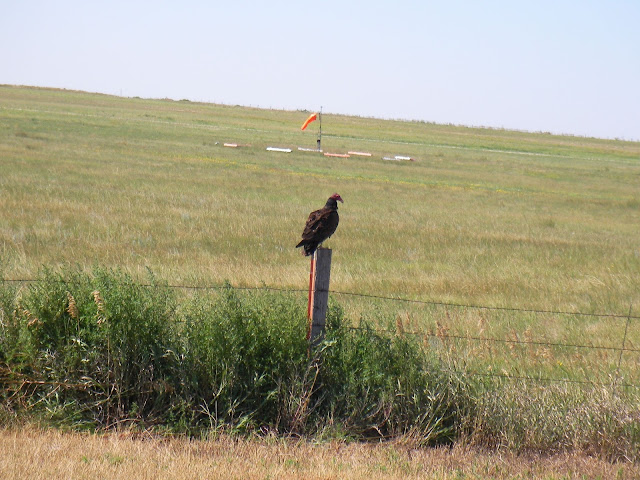 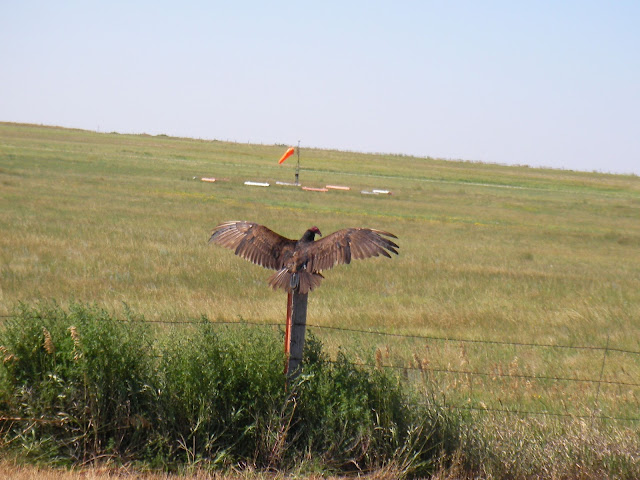 The untimely death of the fox was at least in some small sense a tragedy. I think that a one-legged turkey vulture might be said to have triumphed against odds. 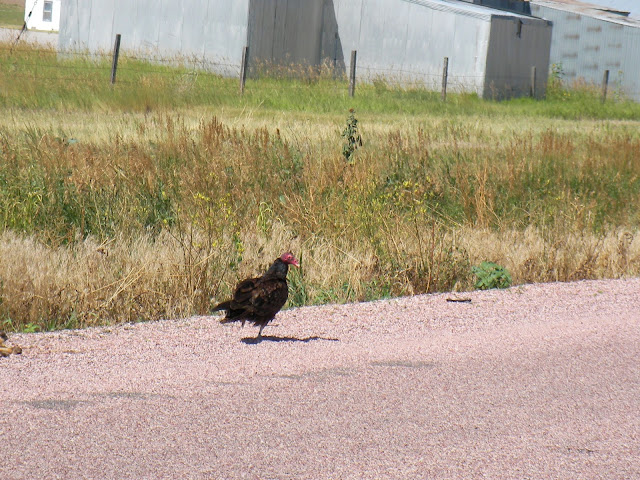 At the end of the day we humans are the ones who own the concepts of triumph and tragedy. To the best of our knowledge, animals do not. No, we own the concepts and the language that describes those concepts and, ultimately, what they mean to us and how we feel about them.


One of the great tragedies of modern American life, in my opinion, is that so many choose to let others decide for them what is tragedy, what is triumph, and how they should feel about those things. What those things should mean, or even must mean.


One of the great triumphs of modern American life, in my opinion, is that many choose to abandon illusion and step forth into reality.

Triumph and tragedy could be defined by what free people choose to do -- or not do -- with their gift of Liberty.

Posted by PrairieAdventure at 7:33 AM