The last time I checked, U.S. farmers averaged something like 55 years of age (I looked it up, 58.3 years). Buncha little kids. Old enough, however, to understand what the title refers to. The median age of the American human is 37.3 years, though, so most of my bobby-soxer readers won't have a clue what I'm on about.
Many years ago, way back in the middle of the last century, gas station attendants pumped all the gas. That’s right! Most of us hadn’t the faintest idea how to work a gasoline pump. We’d pull up to the pump, driving over the black hose that made a signal bell ring, the attendant would come out to the car, and we’d say, “fill ‘er up, please!”

Then as now we needed the gasoline to make our cars go. The way that works is largely unchanged; gasoline is burned in the cylinders of the engine, which causes the pistons to move up and down, and this reciprocating motion is converted to rotational motion via cleverly designed gears, shafts, belts and chains, ultimately turning the drive wheels and propelling the vehicle down the road.

Sometime over the last week or so you may have heard of the Breatharians.

Akahi Ricardo and Camila Castello are self-styled Breatharians. By definition, Breatharians don’t need to consume food and water because they possess the ability survive and thrive on the raw energy of the universe.

Surely you can't be serious!

According to the U.K. Newspaper The Sun, the couple from New York use the power of the mind to tap into universal energy. "This is not possible when you don't have the state of mind. When your mind doesn't believe it's possible, it won't be possible."

Several other newspapers, including the New York Post and The Independent, ran the story as well.

The press reported that Castello did not eat anything during her pregnancy. “Humans, she said, “can easily be without food -- as long as they are connected to the energy that exists in all things and through breathing.”

In a later series of stories, a few reporters asked for more detail, and the couple modified their claims. It turned out that they do actually eat food and drink water. "Just not as much as the next guy."

How is it possible that the press, with all of its checks and balances and long, storied history of seeking truth and delivering solid information to the world, could get it so wrong?

Well, sometimes there's a difference between what people say they do and what they actually do.

There's also often a difference between what one knows and what one thinks one knows.

The really amusing thing about the Breatharians is this: There really is a fantastic source of universal energy. And you can tap into it whether your mind is right or not. In fact, you have to tap into it, or you die.

The sun is enormous. 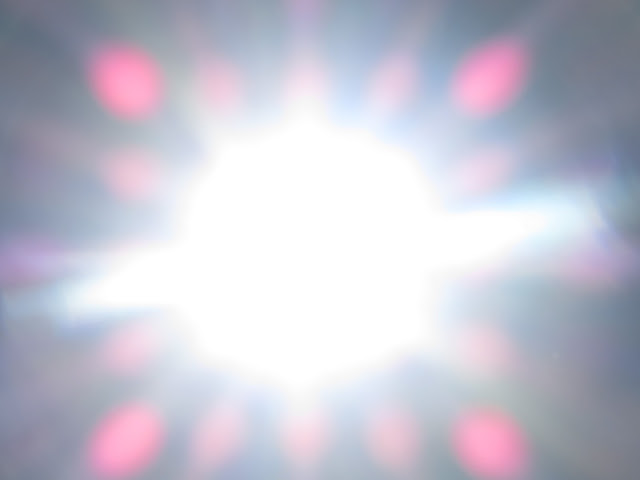 It's a huge ball of mostly hydrogen (roughly 75 percent H and 25 percent He, the two lightest elements), and it makes up more than 99 percent of the mass of the solar system.

You think Jupiter is big? Sure, Jupiter has a diameter more than 11 times that of Earth. And sure, you could stuff 1,300 Earths inside the space occupied by Jupiter, with room to spare.

But take Earth. And take Jupiter. And all the rest of the planets. And their moons. And all the asteroids and comets and Oort Cloud bodies and Kuiper Belt objects. And all the little bits of sand and dust and gas and ice. Every bit of non-solar mass in the solar system.

The sun is still more than 99 times more massive than all that stuff.

The sun shines because gravity squeezes its enormous mass of hydrogen down so tightly that it fuses into Helium. This process releases an astounding quantity of energy in the form of electromagnetic radiation, which we generally think of as light and heat. This radiation behaves both as waveform energy and as discrete packets of energy.

Those little energetic packets are called photons. As a massless particle they have no choice but to move at c, or the velocity of light, which is 186,000 miles per second. Despite this, it takes the photons a very, very long time to reach our planet.

As we all learned in fourth grade (and by experience) light bounces off of stuff (matter). The core of the sun is so densely packed with hydrogen and helium atoms that photons take a million years to reach the surface and speed out into space. Those photons, traveling at the speed of light, take a million years to travel a mere 430,000 miles because they are constantly bouncing off all those atoms.

Once they've run the atomic gauntlet, the photons stream out into space, where they travel in a straight line essentially forever, unless they run into some mass. If they hit a mass -- the Earth, say -- they are either reflected or absorbed. The reflected photons allow our planet, and all non-stellar mass, to be visible to creatures and machines which can detect it.

On Earth, the photons that are absorbed do wonderful things.

According to the first law of thermodynamics, energy (which light is) can neither be created nor destroyed; it can only changed from one form of energy to another form of energy. The photons that are absorbed by the planet disappear and become something else. Remember, they are massless particles, which is to say they are not particles at all, just little bits of electromagnetic radiation which behave, in some ways, like particles. When absorbed, their energy is instantly transmuted into different forms of less-concentrated energy, mostly heat and motion.

This heat and motion warms stuff. In the hydrosphere it melts ice and causes liquid water to evaporate into vapor and waft into the heavens. Up in the sky the water vapor clumps together into clouds and then precipitates back into ice and liquid water, which fall back to the surface of the planet. Rain and snow soak the earth, providing water for terrestrial plants as well as the water that makes up lakes, streams and rivers and recharges aquifers. None of that water would move through the planet's hydrosphere were it not for the energy provided by the sun.

And when photons fall upon plants, photosynthesis happens. The photons bash into chlorophyll-filled chloroplasts within the leaves of plants, and solar energy is converted into chemical energy. This converted sunlight allows the plant to take water from the ground and carbon dioxide from the air and create carbohydrates -- cellulose and lignin and starch and sugar. These things, along with an admixture of water-soluble micronutrients from the soil, make new plant cells, growing the plant above and below the ground and building seeds.

When the plant converts air and water into plant stuff, it also gives off oxygen.

On this planet, every bit of energy used by every living thing begins as sunlight. Sunlight provides the energy for plant photosynthesis. Herbivores eat plants and metabolize plant cellulose and starch into the energy they need to make new animal cells and grow and reproduce. Carnivores eat herbivores and extract metabolic energy from herbivore flesh. Omnivores consume both flesh and plant matter and extract energy from both.

Neither plants nor animals can exist without the energy they need to live, and every single erg of that energy begins in the sun when hydrogen fuses into helium.

So yes, there is such a thing as "The Energy Of The Universe." It's the fundamental requirement of our existence. 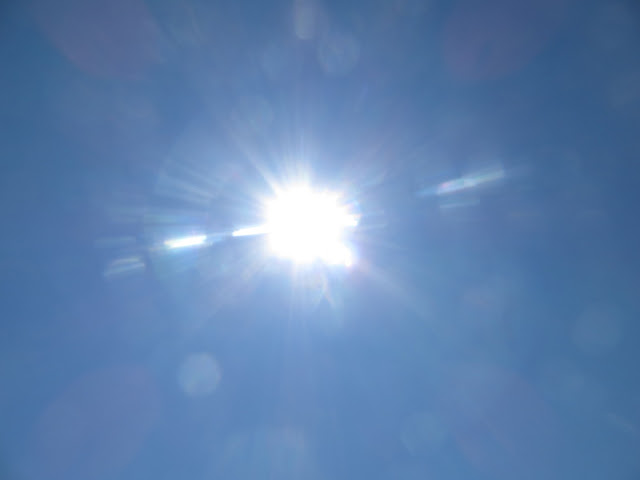 OBTW. Who can identify this beastie? 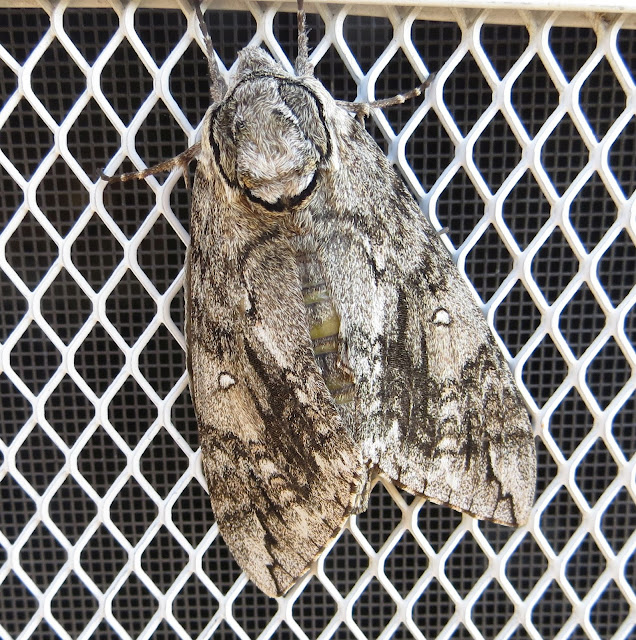 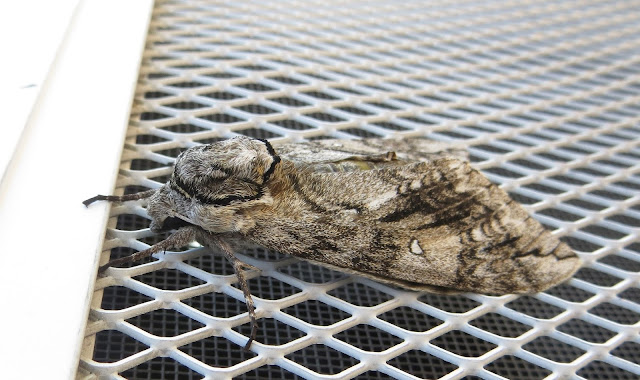 Be careful out there and watch for earthquakes!

Posted by PrairieAdventure at 7:59 AM