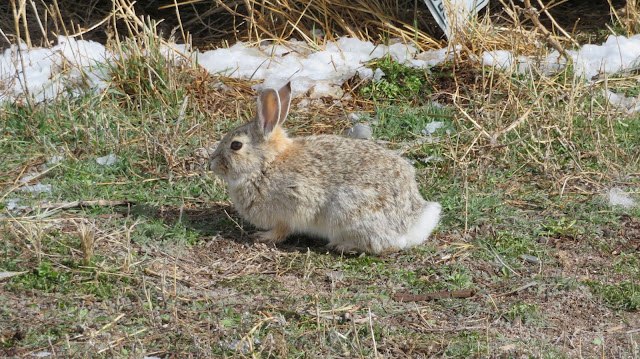 But it's spring on the High Plains, and only early April. Yeah, it was one of those spring days today... 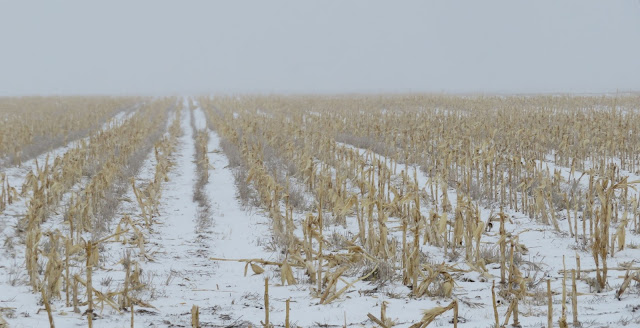 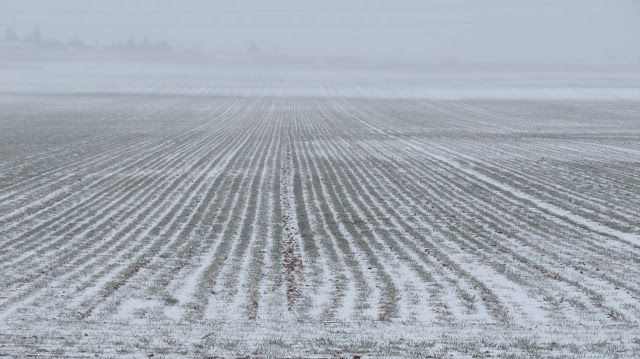 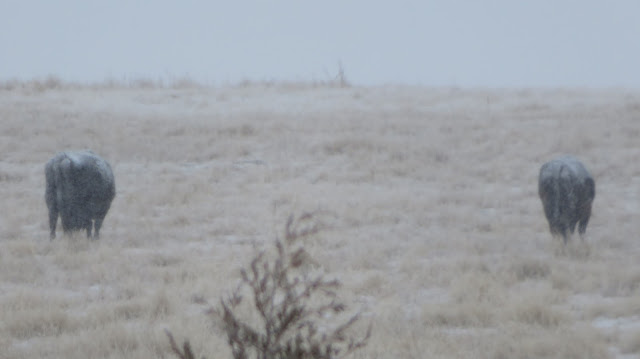 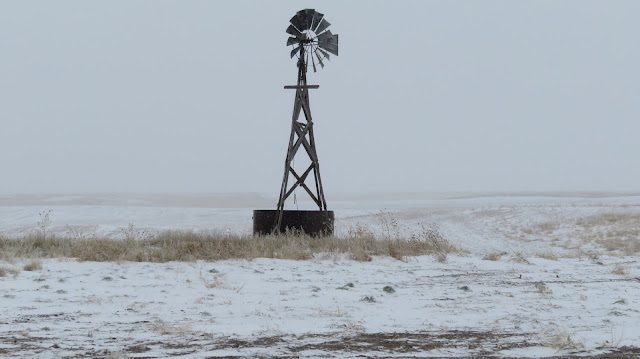 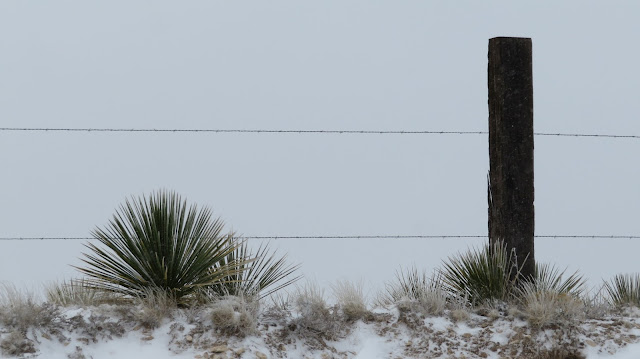 Not a bad day at all, really. Oh, cold and blustery. The high was only 19 degrees and the north wind had a bite, but the air still felt springlike and the moisture in the snow is very welcome. Three inches of snow made for just over a quarter-inch of liquid water, and this time of the year it's all very welcome indeed.

Had some positive news regarding the family illness and we're feeling guardedly hopeful. I've certainly nothing to complain about.

Some people have much worse problems.

It was about 5:30 a.m. on a Sunday morning when the girl walked into the convenience store. It was frosty cold outside but she was wearing only shorts and a ratty old sweatshirt. Her feet were bare and dirty. She was probably in her mid-20’s and had short blond hair. Her face was marred by acne scars -- or perhaps meth scars. It was early morning on the day after St. Patrick’s Day, and if I had to guess I’d say that she’d been celebrating all night. And possibly for several consecutive nights. She wobbled more than a bit on her bare feet and she was surrounded by a cloud of booze stink. All in all she was a remarkably unlovely vision.


She had tears and snot and mascara running down her ravaged face. She was clearly in some kind of ugly predicament.


It took a bit of time and perseverance to make sense of her story. Her speech was slurred from intoxication and she was snuffling and crying and I wasn’t entirely convinced that she even knew what her whole story was. The best I could make out, though, was that she was from Cheyenne, had come to Kimball with friends to party on St. Paddy’s Day, and had been abandoned by her friends. In addition to having no shoes or coat, she had no purse or wallet or money or identification. She only knew the first names of the friends she’d been abandoned by. She didn’t know anyone in Kimball, and didn’t have anyone in Cheyenne she could call, except maybe her landlord, but she didn’t know his full name or number, and she’d lost her cell phone anyway.


Fortunately for the girl, Kimball is a small and generally caring town. I got the girl a cup of coffee and called the police, confident that they’d be able to provide assistance. Within a few minutes an officer arrived and spent some time piecing together the girl’s story. Then he arranged a motel room and meals for her. These things were paid for in part by Kimball’s Aid For Distressed Travelers Program, which is funded by the Ministerial Association and local government. With a safe place to stay, food, and a chance to sleep and sober up, the girl was able to provide better contact information in Cheyenne, and the next day she was able to return home.


How will things turn out for the girl? It’s hard to say. My guess is that she’s gotten herself into an ugly fix with drugs, booze, and unsavory friends. Young people can make astonishingly bad choices and follow incredibly bad paths. That said, she’s a human being, and in the land where all men are created equal and endowed with natural rights, her behavior doesn’t change her basic humanity.


I’m glad that Kimball is a caring town with a system and resources in place to offer a helping hand in situations like these. As a community our job isn’t -- and can’t be -- to “fix” people. But we do have a responsibility to help where we can, and to do so with kindness and caring that recognizes the fundamental humanity of even the most unlovely examples of our fellow man.
Posted by PrairieAdventure at 10:03 PM