I don't remember exactly how old I was, perhaps eight or nine, but I do remember the moment I realized that I didn't have to be afraid of the dark.

It was late in the evening. Late for a youngster with a firm bedtime closing in, anyway. I decided to go outside. Don't remember why, exactly, but possibly to extend the day's play just a bit longer.

It was cold out, and very, very dark. As it is out in the country in the Nebraska Panhandle. I walked around the outbuildings, feeling a shiver of fear as I did so. It was dark, probably overcast, and there was no moon, so I couldn't see well. Part of my mind insisted that there could be something lurking nearby, some kind of monster or wild animal or alien. Maybe a ghost or a bogeyman.

Another part of my mind insisted that there was nothing present in the night which wasn't present in the day. Sure, the darkness could be hiding something from my direct vision, but it likely was not. I also knew from experience and from science lessons in school the what and why (in an elementary sense) of night vision adaptation. My pupils dilated and I could see more and more. Before long I realized that I could see quite well. My hearing and sense of smell seemed to be heightened, too, and even my skin seemed to be more sensitive to the feel of vibrations in the night air.

In some ways it was a big moment, a moment of discovery and growth. I felt like I had learned an important lesson. It was in some sense a secret lesson, too, for in my experience humans tended to huddle away from darkness, leaving the outdoors at sunset and sheltering in a world of artificial light. An unspoken and perhaps unintended lesson had been learned from that behavior -- that darkness is to be avoided.

My exploration had revealed something quite unexpected. I'd discovered that the night is a lovely place, a place to be cherished and enjoyed.

Years later, when it came time to do naval night stuff, I was a bit more prepared than my peers. Many of them, I suspect, had a latent fear of the dark. I did not.

I was acquainted with the night. At some point I found that Robert Frost had managed to put some of my feeling about the night into lovely words.


I have been one acquainted with the night.
I have walked out in rain—and back in rain.
I have outwalked the furthest city light.

I have looked down the saddest city lane.
I have passed by the watchman on his beat
And dropped my eyes, unwilling to explain.

I have stood still and stopped the sound of feet
When far away an interrupted cry
Came over houses from another street,

But not to call me back or say good-bye;
And further still at an unearthly height,
One luminary clock against the sky

Proclaimed the time was neither wrong nor right.

I have been one acquainted with the night.

I still love the night.

Nothing wrong with the day though. And the transition can be lovely. 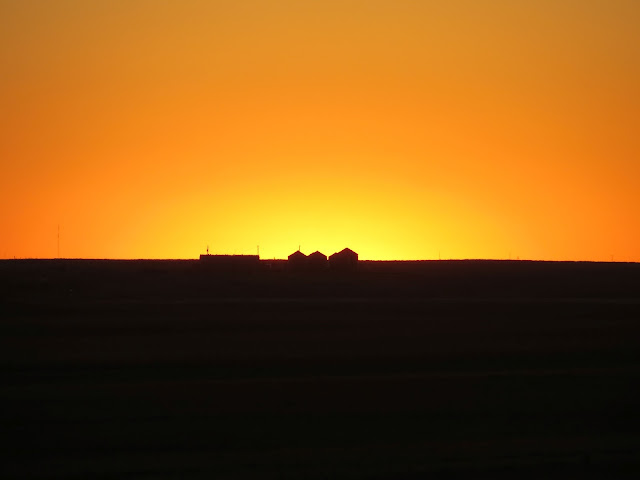 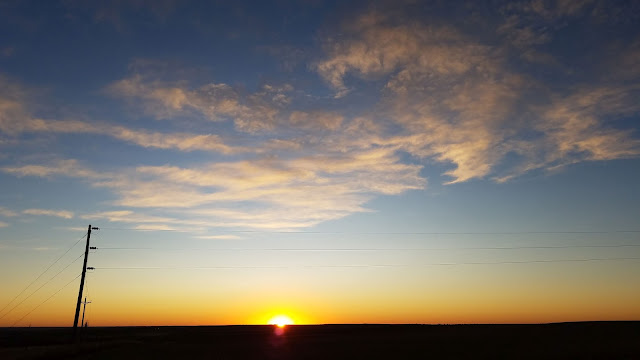 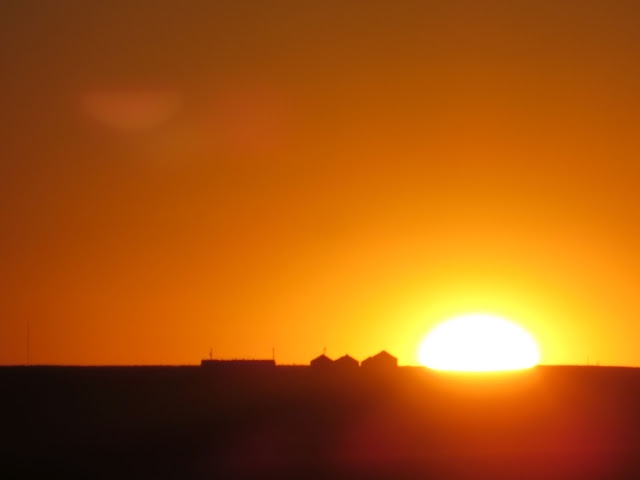 There was a fellow giving away free pumpkins down at the Kwik Stop this morning. When I saw him standing on the corner, I thought at first that his sign read "free puppies." Which is why I stopped.

But no, it was free pumpkins.

Except they weren't free. He had a sob story about a sick baby. He was very well dressed and was driving a brand new Jeep with in transit tags. Color me skeptical.

In my world I try very hard to live by the first principle, that all mean are created equal, that none are better or worse than myself, that all men deserve my fundamental respect as fellow human beings.

Giving that respect is an important responsibility for me. It's not always an easy responsibility to exercise. Few people can just blithely ignore the sick baby story. We're all hardwired to protect babies, after all.

But the responsibility to respect my fellow man requires that I do so with vigorous honesty. When there's flimflam in the mix, I can't play the game. There's no way to play that game while still respecting the fundamental humanity of the player.

Just as this fellow was treating me as an object to be used to acquire money without working for it, I would be treating him as an object if I played his game. We would each be using the other as a means to an end, and not, as Kant suggests, as an end only.

I briefly visited with the fellow. I was friendly and polite and wished him well. But I didn't play the game.

There's nothing wondermous about me for not playing the game. I merely met the basic standard of personal responsibility. 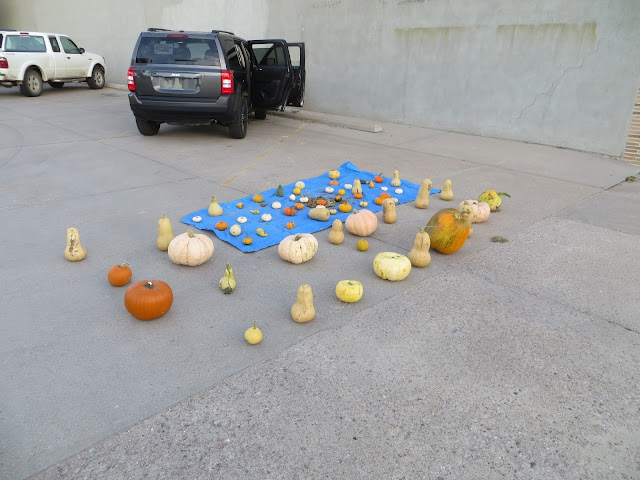 Posted by PrairieAdventure at 8:35 AM