A walk on the non-linear wild side

Who remembers the old Virginia Slims television ads? Who, for that matter, remembers televised tobacco ads? It's true, it's true! Such things used to exist. Here's a fave:


But I was talking about Virginia, wasn't I? Virginia and her slim, sophisticated smoke. I always liked Virginia.

Virginia's not the only one to have come a long way.

Last Saturday marked the end of America's 239th trip around the sun. Let's think about that for a minute. Our planet orbits Sol with a velocity of roughly 67,000 mph, which ballparks out to 585,000,000 miles per year. Times 239 equals pretty close to 140 billion miles.


Well… Probably not. Sol isn't exactly standing still. The stars in our neck of the Milky Way are orbiting the galactic center at about 140 (there's that number again!) miles per second. We earthlings, at least those of us who exist in reality, are along for the ride. Whither goest the sun, goest also the earth, after all. So, 140x60x60x24x365.25x239 equals....


So how far is that in some kind of reasonable perspective? Well, it's about one-twentieth of the straight line (kinda-sorta, more or less) distance between Sol and her closest stellar neighbor in the Alpha Centauri star system.


If we hopped in a car that could do 140 miles per second and had enough fuel on board, it would take us the better part of 5,000 years to tool on over to Proxima for a picnic.


Sometimes it's fun and useful to think about scale and context. It helps put things in perspective.


But many people are afraid of or hostile to scale and perspective.


The days are shortening up now though it’s just the second week of July and summer hasn’t hit full stride yet. The weather is warm and sunny, the days are mostly hot, but the nights are cool, and that’s something to be thankful for. It’s not too dry, either. It’s a summer to savor. 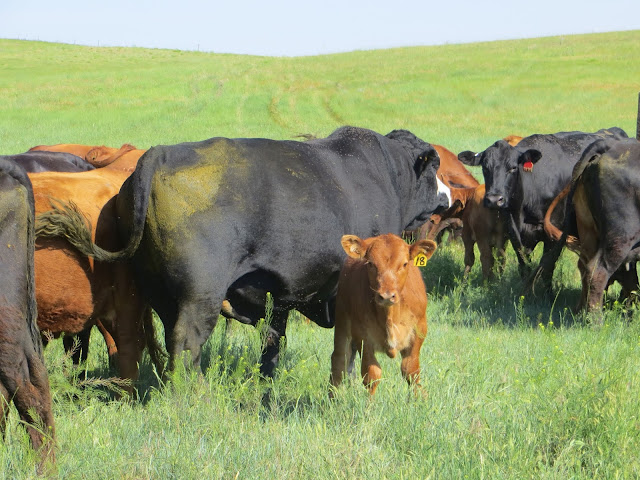 At 5 a.m. dawn is coming fast and the east horizon is tinged with an orange glow where the sun will soon appear. I stand at the highest point of the EJE, an unimpressive hill in the southwest corner of a section of native prairie. 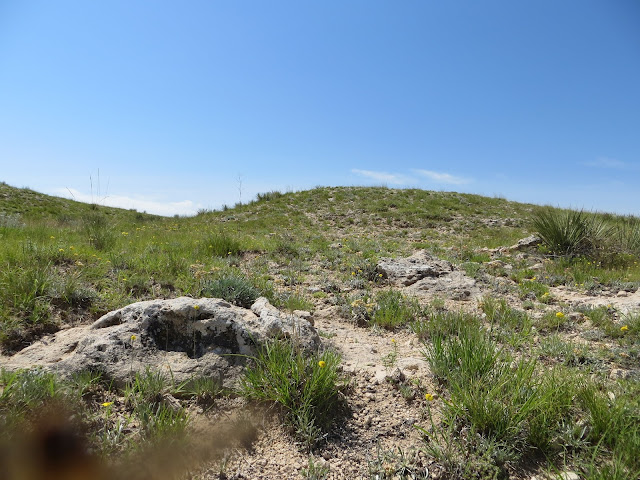 As I look out over the lush (for once) High Plains, it occurs to me that I’m a lucky fellow. Not many folks in America have the opportunity to stand in the midst of such natural beauty each morning, let alone go to work each day on a ranch they love. I’m afraid I tend to take my good fortune far too much for granted. 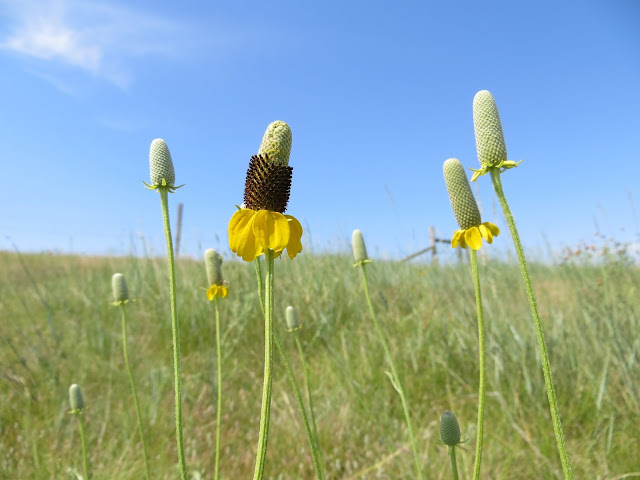 I’ve been all over the world. I’ve seen and done some amazing things. But this place has always been home, and I’ve never wanted another one. Maybe that has do with the way I grew up. 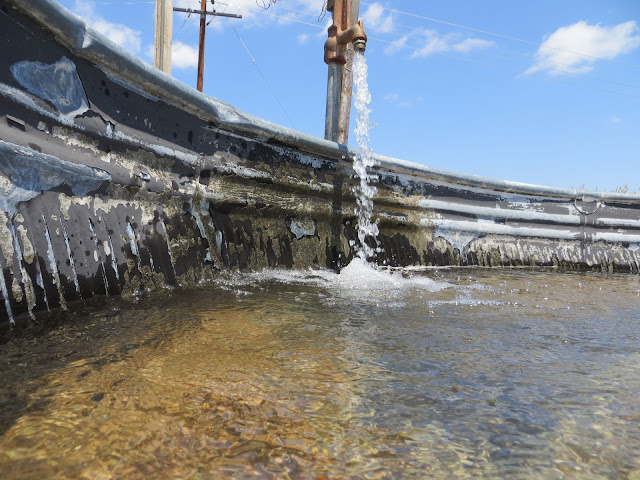 As a youngster I trompped the prairies far and wide, and though I didn't realize it at the time, I learned a lot. 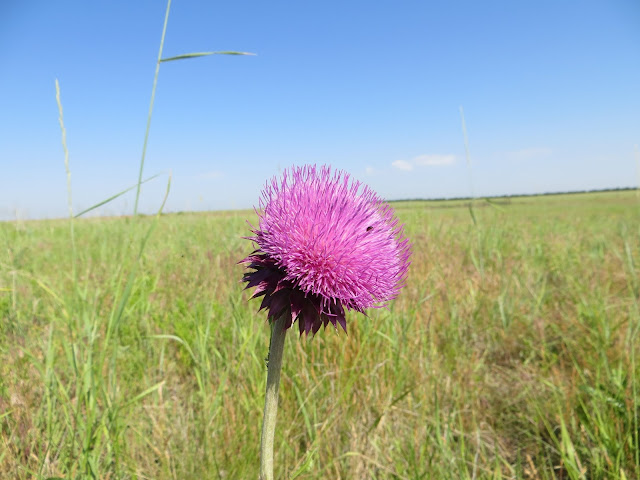 Witnessing the changes the seasons brought, seeing the effect of precipitation or lack of it, learning the names of plants and animals in their thousands of variations, none of these prepared me for a life on Wall Street or to be the President of a University. 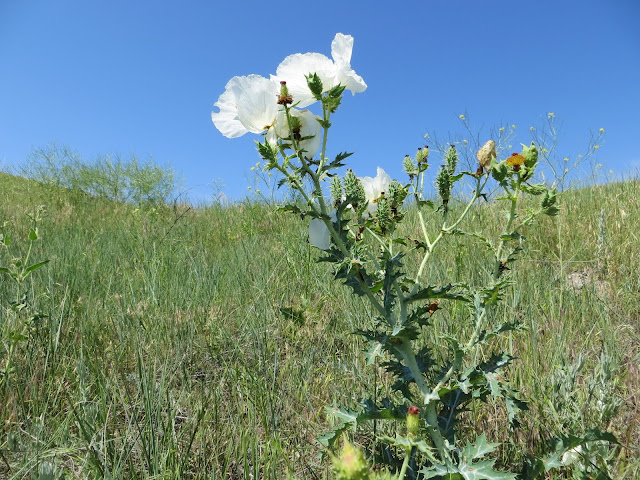 But they did show me the way the world works. Nature is a very cool place. 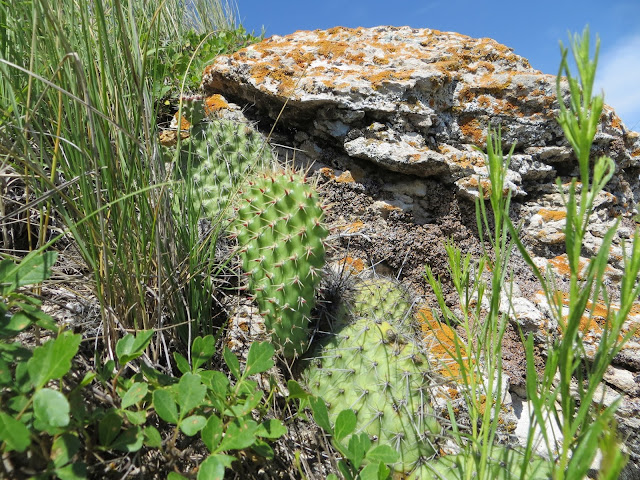 In spending enough time on the prairie, watching and seeing, touching, smelling, listening and even tasting, I began to understand the world and my place in it. 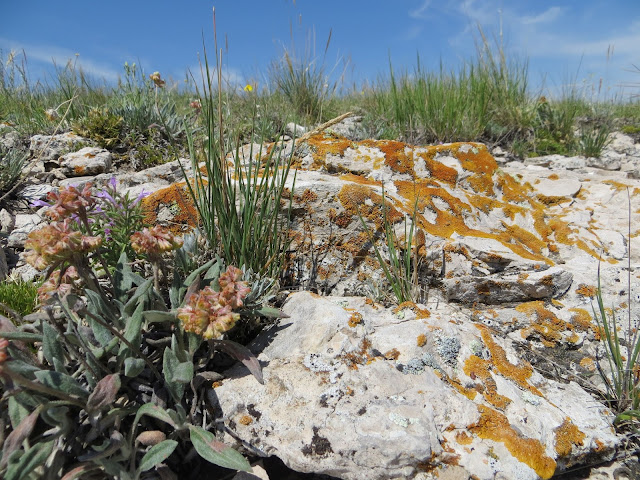 On a recent excursion I hiked for miles through the prairie, up and down hills and draws and across wide, smooth grassy swales. I carried a forty pound rucksack and the warm sense of my good fortune. Few people in the world get to walk the prairie. 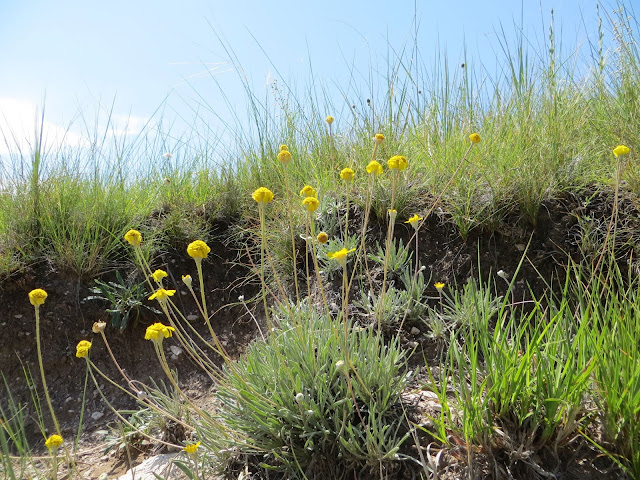 I sat down against a big rock on the east wall of a draw, in partial shade, wind in my face, and just enjoyed. 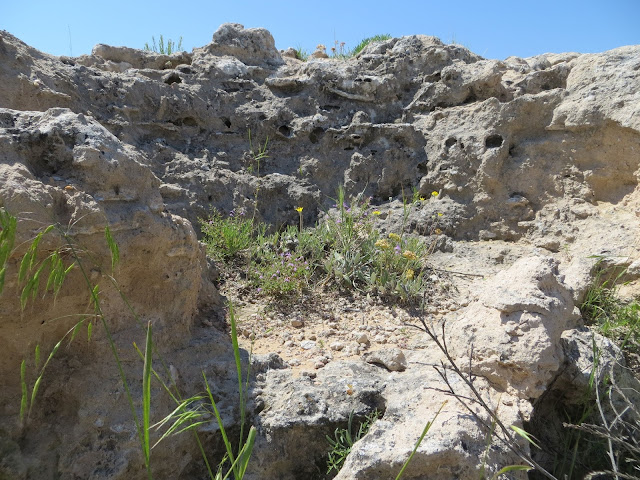 It was a hot day and I was sweaty and sore. I'd taken a tumble earlier when I stepped on a big rock that was less stable than I imagined. 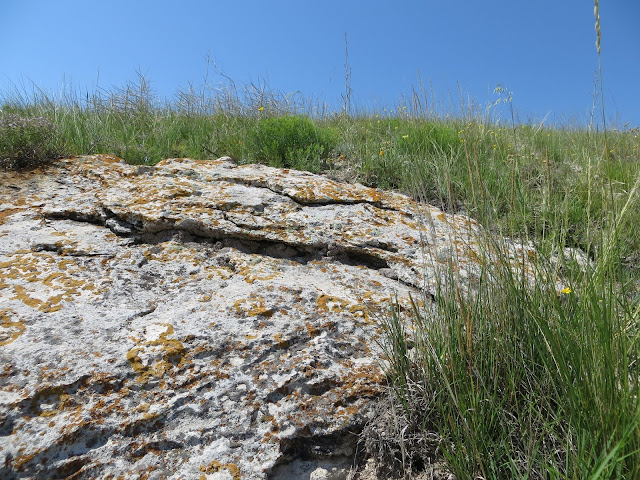 But the ever-present prairie breeze wafted through the draw and wicked away the sweat on my brow, cooling my body and delighting my skin. 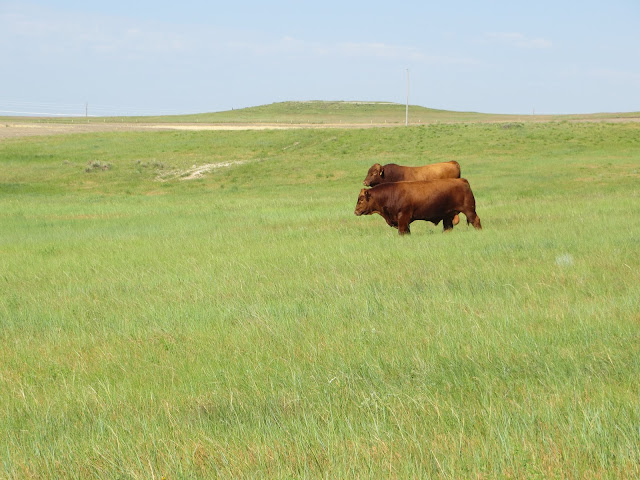 The breeze brought the summer scent of hot prairie; volatiles from grass and sumac and yucca and all the other plants. There was the smell of death, too; something had expired upwind. Not pleasant, but reality in the wholeness of the prairie. 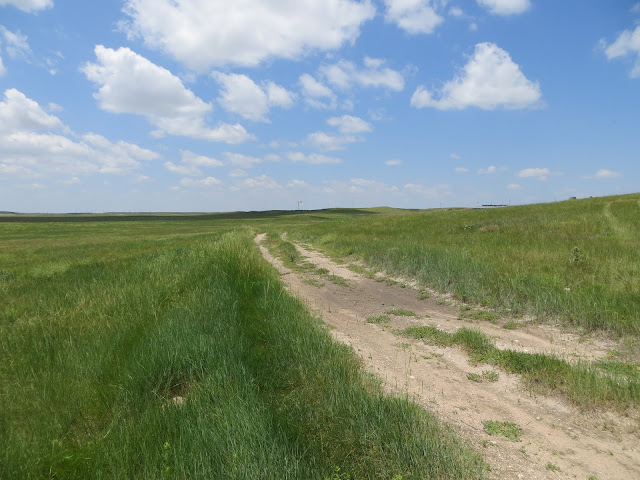 Insects droned and birds skittered about; swallows and meadowlarks and cowbirds. Killdeer dashed back and forth at the bottom of the draw where some dampness remained from earlier rains. 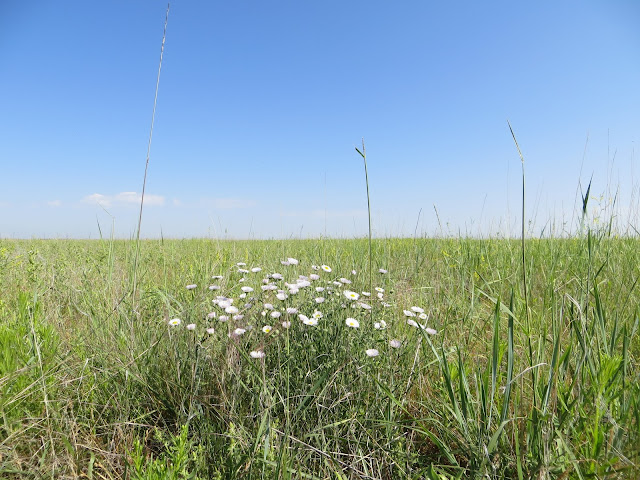 Overhead, the brilliant blue sky was half filled with white batting clouds growing gray and fat with rain for someone else.


I heard a scratching sound, rocks trickled, and four antelope meandered past atop the opposite bank, forty feet away, nibbling their lazy way along while pausing to sniff the breeze and missing me entirely.


The water that I'd packed along in my rucksack was warm but tasted delightful. Kimball County water slaked the driving thirst produced by tramping up and down the hills of the Kimball County prairie.


The day inched along and I listened and felt and smelled and tasted and watched and experienced.


There are riches and honors; fame and fortune galore in the world. And hate and famine and fratricide and the evil deeds of egocentric humans.


And there are peaceful moments in quiet, beautiful places that sing a song of deep contentment.


Posted by PrairieAdventure at 5:11 PM