Fake News and the Sovereign Citizen

So fake news, it's a thing, right? It can be roughly defined as the deliberate publication of hoaxes, propaganda and disinformation while avowing or hinting that such stories are objectively true. 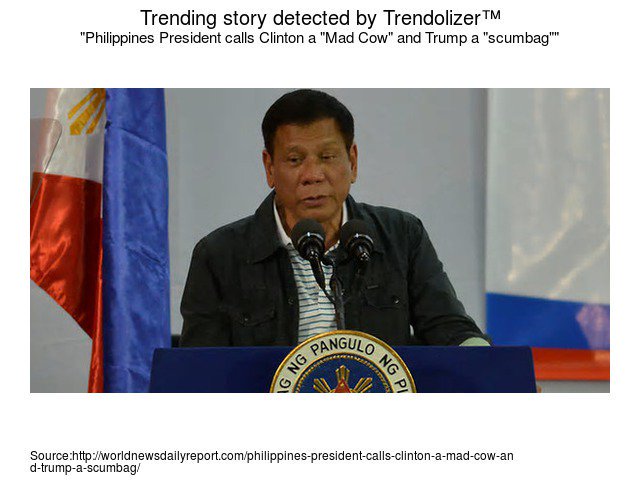 If you watch television news or read major news service stories in newspapers you've been told that really rotten people on the internet and in social media are writing and spreading fake news stories. 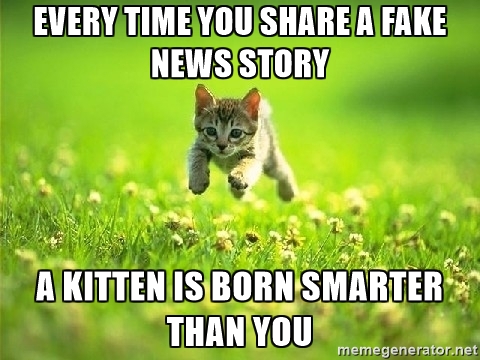 If you have a gram of common sense you've also noticed that television news and major news service stories are chock-a-block with fake news, as are large flagship newspapers such as those famously located in New York City and Los Angeles.

Basically you have a situation where the purveyors of fake news are pointing fingers and shrilly calling each other out while generating and reporting hoaxes, propaganda and disinformation as fast as they can. 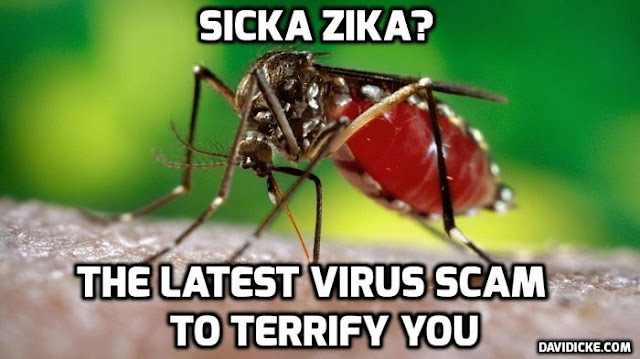 As news consumers -- as people who want to be informed about important stuff -- what can we do? 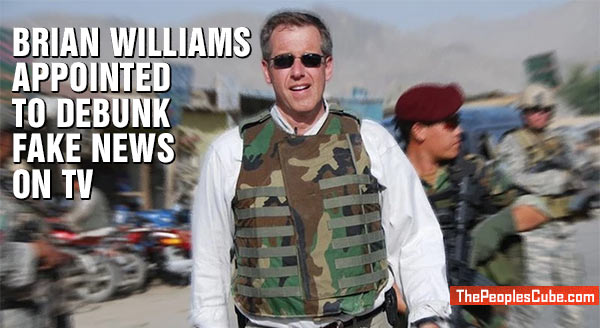 Over the last couple of weeks I've informally asked about 50 people in and around my hometown that question. The responses I got were all pretty much the same. First I got an opinion, depending on the politics of the respondent, regarding the honesty and truthfulness of the "other side's" news network. Somewhat surprisingly none of the folks I visited with mentioned either newspapers or the internet. About half of them opined that, "there oughta be a law." All of them agreed, however, that there's nothing we can do about fake news. 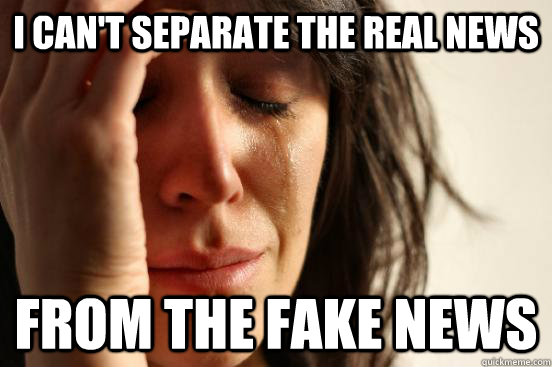 I should point out that the folks I put this question to were mostly approximately of my age group; some 10-15 years younger and some 10-15 years older. Mostly old people in other words, and none under 40.

In a nutshell, then, we've got a bipolar society, there ought to be a law, and there's nothing we can do. 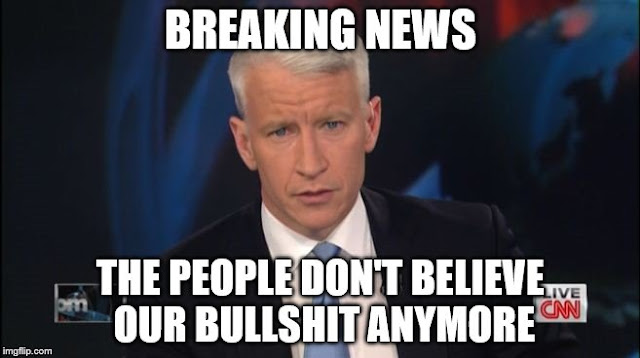 How does this summation stack up against reality?

As to the bipolarity of our society, well sure, to a certain extent. The majority of Americans self-identify as democrat or rupublican, conservative or liberal. Of course when you get down to specifics, most Americans are all over the place, and most haven't really given their party affiliation a lot of thought. They picked it when they registered to vote, and it became their side. In reality, while we have two major political parties, we've actually got more than 300,000,000 "sides." 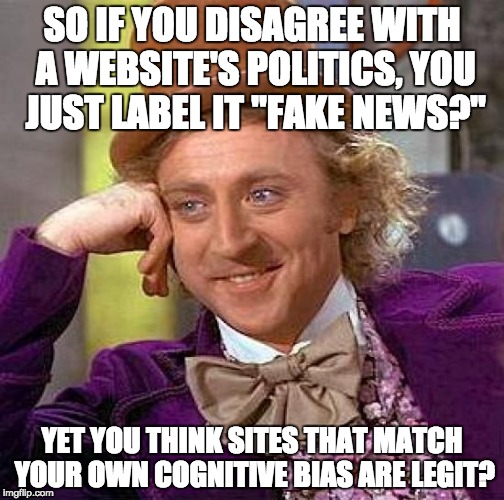 Most of the press and media, both mainstream and new internet varieties, pound this notion of a bipolar society each and every day. In my mind, that's fake news. It's got a tiny kernel of truth, but that kernel is buried deep inside a big pile of, er, baloney.

Now then. "There oughta be a law!"

Well, actually there is a law. It begins with the First Amendment to the Constitution of the United States.

Congress shall make no law respecting an establishment of religion, or prohibiting the free exercise thereof; or abridging the freedom of speech, or of the press; or the right of the people peaceably to assemble, and to petition the Government for a redress of grievances.


Both traditional and new media can report pretty much whatever they want, regardless of the veracity of their reporting. There are laws against telling untruths, as in libel, defamation and slander. Yet the legal test for these require that a person or entity actually be damaged by a falsehood, and that the falsehood was known to be false by the person telling the tale, and that it was furthermore intended to cause malicious harm. As it turns out, there is no law against the media telling big whoppers. And that's really the way we should all want it, for none of us want (or should want) the government deciding what we can say and how we can say it. Not in this country, anyway. Those who call for such control should really take a look at the history of speech and thought control and see how it's worked out for those who've had to live with it. 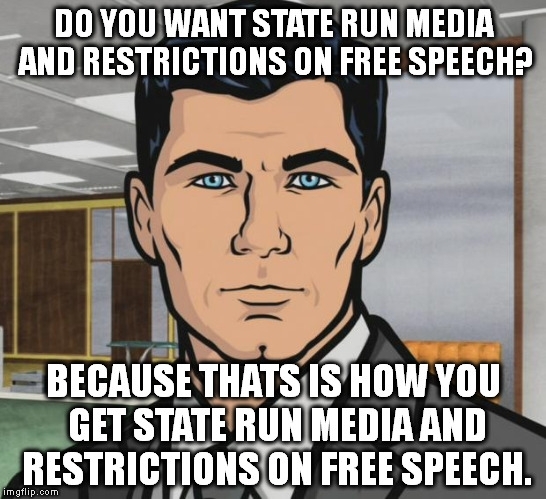 "But (wailing, gnashing teeth, wringing hands) what are we to do?!?"

The problem is that we're all just people, including people in the media, and none of us are perfect. Really, we should be able to leave our keys in the car and our homes unlocked and not worry about our personal information being used fraudulently. But few of us trust even our friends and neighbors to that extent, so why do we think we should be able to absolutely trust people we've never met and don't know? Especially when they are allowed, by law, to report fake news? Preposterous!

As it turns out, the solution to this conundrum is found in the same rule set that allows the media to report false news. The Constitution makes us all sovereign citizens, at liberty to live our lives as we see fit and without heavy-handed interference. The personal liberty we enjoy provides the solution.

We have the right to exercise our own personal responsibility to check the facts, to learn and grow our understanding of the universe and our place within it. At bottom line, our individual sovereignty requires us to be thoughtful and intelligent news consumers. To check facts, to put information into proper scale, context and perspective. And that's just the deal. That's reality. If you don't put in the work to be a responsible news consumer, you're doing it wrong. 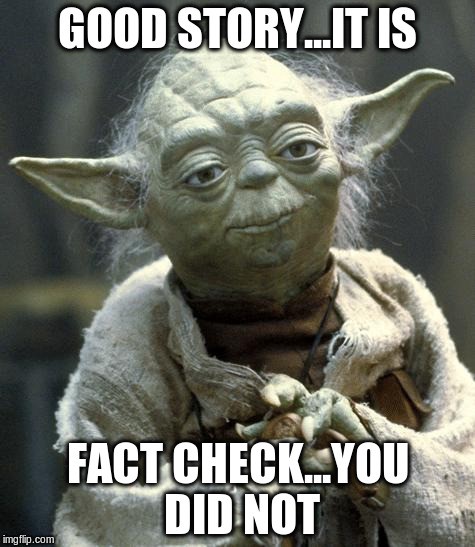 I'm not giving the purveyors of fake news a pass. They are wrong to lie. But I can't compel them to be honest. All I can do is stop using their news products, and put in the work to find and assess responsible news products.

A big upside to living in this time and place though, is simply this -- nearly all of us have access to the internet. It takes time and effort to learn how to search out reliable information, but it's all there on the internet. Every single bit of solid knowledge known to mankind is there.

Here's a fake news/solid information example. The other day I noticed that someone on social media was complaining about having bought bad bananas and was asking if anyone had an explanation. Another person immediately reported that farmers are now using oilfield runoff water to irrigate crops. Even organic farmers! This person linked to a fake news article on a certain website, which expanded on a major newspaper's story. The person with the bad bananas was shocked and dismayed.

Now the water story was about an eight-mile stretch of irrigation canal in California. It quoted a "scientist" and threw around some parts-per-billion numbers, but did not cite any real data or provide reference to a published study or published findings. Any news story which fails to provide substantiated facts is fake news.

But here's the more fundamental, and in my opinion, more important thing. The bad banana victim and a long list of commentators bought the story hook, line and sinker. But they failed to even attempt to put the story in any kind of useful scale, context or perspective. Think about it. How many bananas are grown in California? Are bananas an irrigated crop? Is contaminated oilfield runoff water really used for irrigation in California? How does the reported "contamination" compare to non-contaminated water? What do those contaminants mean in regards to the safety of food and human health?

As it turns out, bananas are not commercially produced in California. In the continental U.S. only about 500 acres (less than a square mile) of bananas are commercially cultivated, and that's on the other side of the country. Bananas are not irrigated. They are a rainfed crop. Oilfield runoff water is not used for irrigation in California. Some treated and monitored water is reclaimed from the oil industry and makes its way into the irrigation supply, but that's a very different thing than runoff water. A brief study of water monitoring data from California shows the eight-mile canal cited in the fake news story to be exactly in line with irrigation water across the state. And finally, while the reported contaminants have scary sounding chemical names, they are commonly occurring compounds which are commonly found in ground water around the planet. Water is, after all, the universal solvent.

So what conclusions can we draw from the "epidemic" of fake news?

First of all, while it would be nice if people would stop reporting fake news, they probably won't do so until they see it in their own self interest. Don't hold your breath.

Secondly, it's the responsibility of the sovereign citizen to check facts and put information in proper and useful scale, context and perspective.

And finally, it's much easier for each of us to do this from our fortunate place in the twenty-first century.
Posted by PrairieAdventure at 11:32 AM