You don't have to travel to Antarctica or virgin rain forest or the Siberian Taiga to experience nature's pageantry. Her wonders are on display everywhere you look.

Across the prairies of the High Plains, Yucca (Yucca glauca) is ubiquitous. 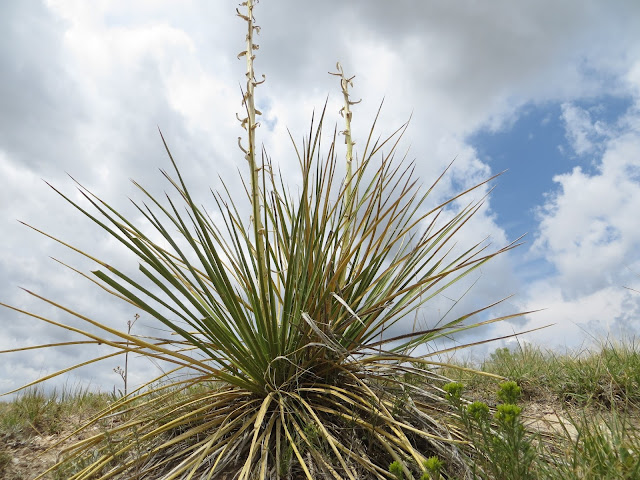 It’s just one of about 50 species of the Agave family. Altogether the Yucca family is distributed across north and central America, from the Baja Peninsula in the southwest, north through the central United States and into Alberta in Canada, east across the Gulf Coast and South Atlantic states, and south throughout Mexico and into Central America.

Deeply taprooted, Yucca are easily identified by their  rosettes of evergreen, tough, sword-shaped leaves and large terminal panicles of white to greenish-white flowers. The leaves are seldom grazed by wildlife or livestock, but the flowers, which bloom in June and July, appear to be a tasty treat for herbivores. 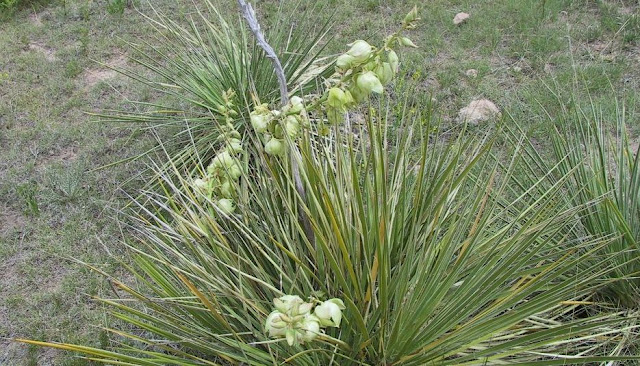 Native Americans used the plant in a myriad of ways. The root can be pounded with water to produce a thick, soapy lather, which is where the term soapweed comes from. Once the flowers have set into fruit pods, the pods can be roasted and eaten while still tender. 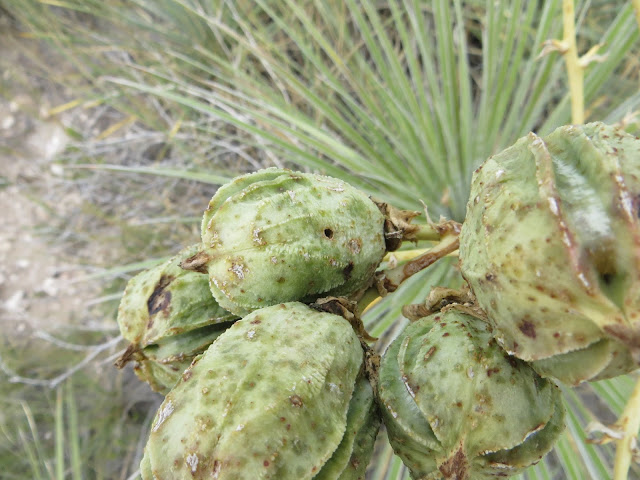 The sharp tips and tough, linear fibers of the leaves can be used for sewing, and the leaves were often worked into baskets.

One of the most interesting aspects of Yucca is that the plant is mutually codependent on the Yucca Moth (Prodoxidae tegeticula and P. parategeticula).
This means that Yucca Moths are obligate pollinators and herbivores of the plant. The female moth has specialized mouth parts which she uses to collect pollen from the stamens of one Yucca plant. She then relocates to another Yucca, where she deposits an egg deep in the flower’s stigma, then covers the freshly deposited egg with tightly packed pollen.

When the egg hatches, the tiny larva feeds first upon the pollen, then upon the developing seeds. The moth larvae only feed on a few seeds, allowing the rest to mature and eventually disperse to produce new plants. 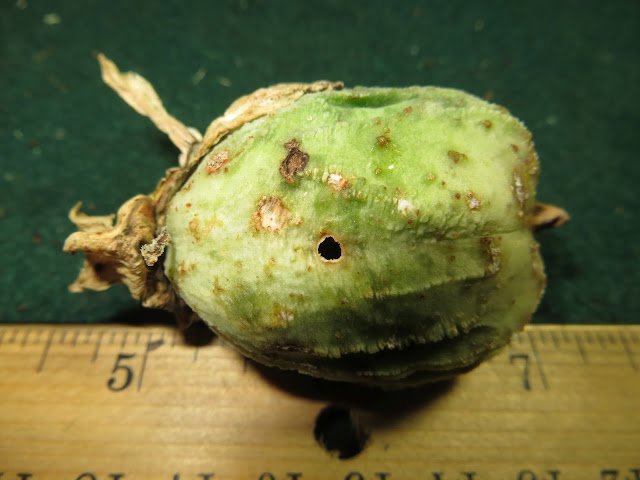 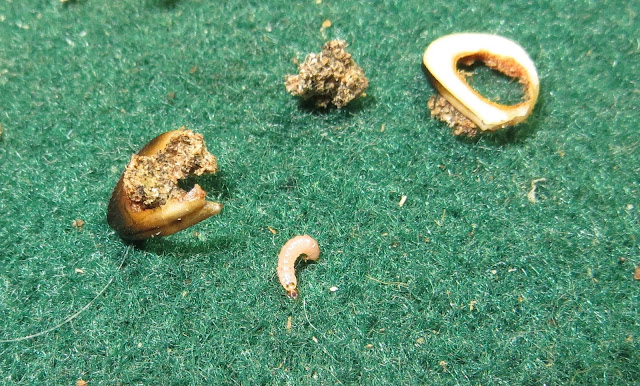 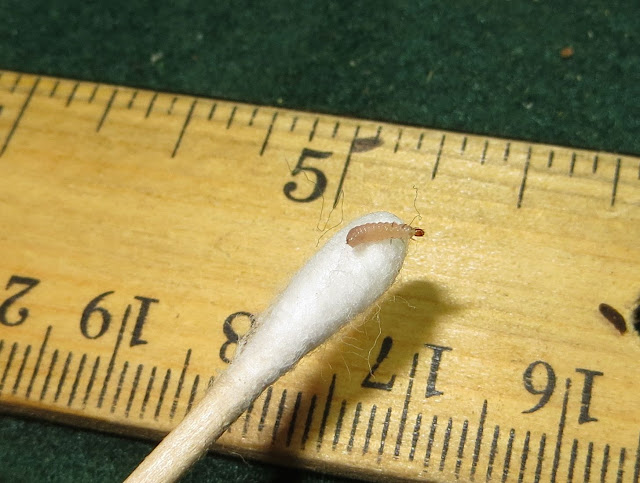 The moth larvae only grow in and feed on Yucca seeds, and the Yucca is pollinated exclusively by the Yucca Moth. Moth and plant are entirely dependent upon each other, and have been for many millions of years. This relationship is so intimate that over the eons, Yucca flowers stopped producing nectar, which other flowers use to attract non-specific pollinators.