Funny story. I remember shooting the following videos and was quite certain I'd built a blog post around them. I did not build such a post. I was pretty busy with fence work and in the process of getting engaged, so I may have only dreamed that I had done it. Who knows?

On June 20 I marked the moment of the Summer Solstice, the first moment of summer. Kind of a goofy thing to do, perhaps. It was a hot and gorgeous day and I was doing good work and enjoying it.

I celebrated with a pair of Swainson's Hawks. This pair hunted over my shoulder this summer whenever I was working on fence or hiking. I think they were following me around in anticipation that I might kick up some tasty small animals which they could predate. It was a very fine moment in the midst of a very fine day.

Tomorrow morning at 0731 local the Autumnal Equinox will arrive, and with it the end of calendar summer and the arrival of calendar autumn.

Will I be outside and filming to mark the event? I don't know. It would be kinda cool though. We'll see.

Again from the batshit crazy file.

The beard is gone. 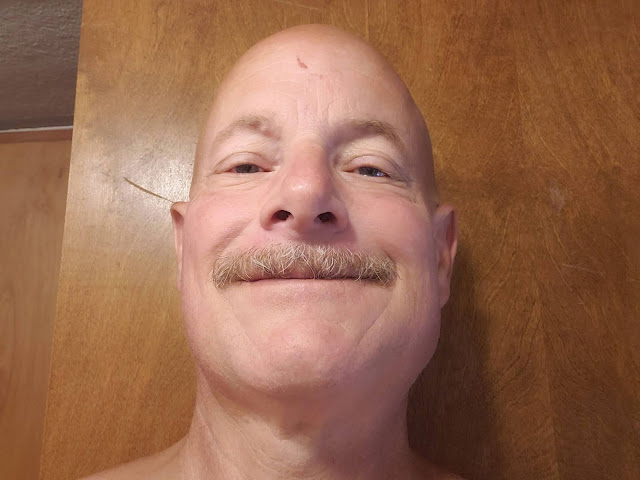 For what it's worth, I struggled with that. I kept thinking, "she liked it and she touched it, I can't let it go." Nothing wrong with that except it's batshit crazy. It began as something to surprise my Love with. It became my mourning beard. Possibly a predictable thing, and even okay, up to a point. Having passed that point, the beard became an unhealthy badge of self pity. Enough.

I got a big assist from the littlest one, who said "take it off!"

Later she said, "put back on!" That helped too, kind of put the whole thing in proper context.

When I say batshit crazy, I mean just that. Losing Allie affected my thinking to a huge extent. Many of my thoughts and ideas were by definition insane. Many will continue to be insane, probably for the rest of my life.

Today marks six weeks. That's no time at all. Time enough, however, to begin to emerge from the initial crushing shock. Time enough to begin edging forward.

Her presence is strong and palpable this morning, but it's more a joyful presence than a sad and longing one. Is she really here with me or is the feeling a neural construct? I don't know, I can't know. She's here, she's smiling and shaking her head and giving me the "hemorrhagic eye roll" we used to joke about. It's enough.

It was an unexpectedly tough weekend. I think my emotional nadir of self pity collided with the 24-hour stomach flu and I allowed those things to run wild. It was a bit of a train wreck. Somehow I stumbled through to the place where I was willing to beg mercy from God. As always, I received mercy. And peace. And joy. And wonder. And love.

Beauty began to pop out at me again. 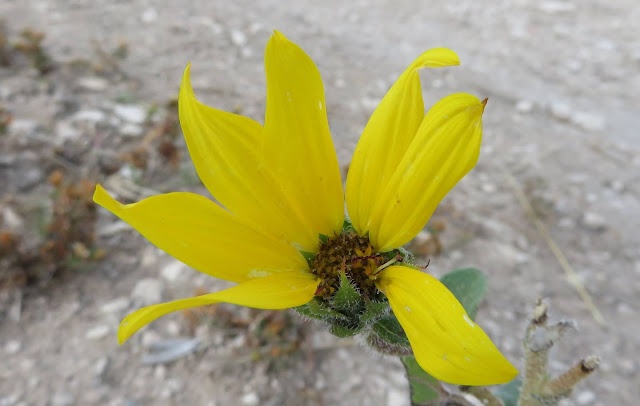 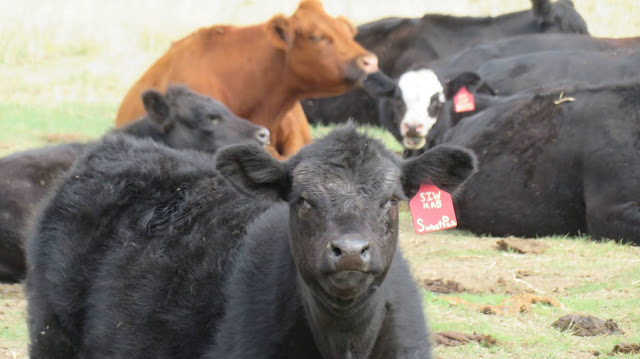 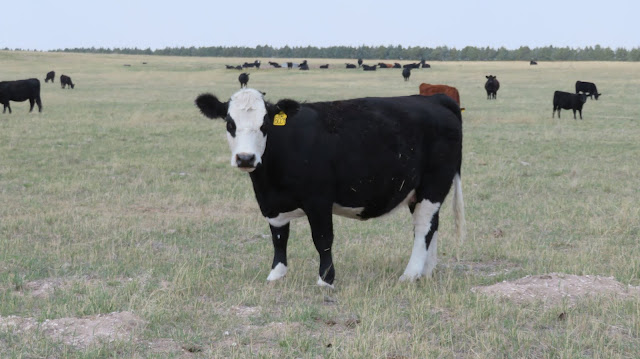 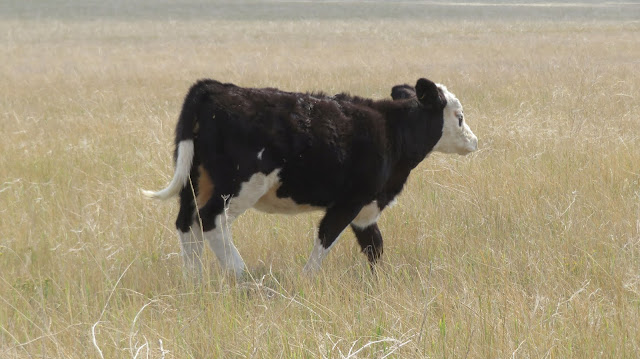 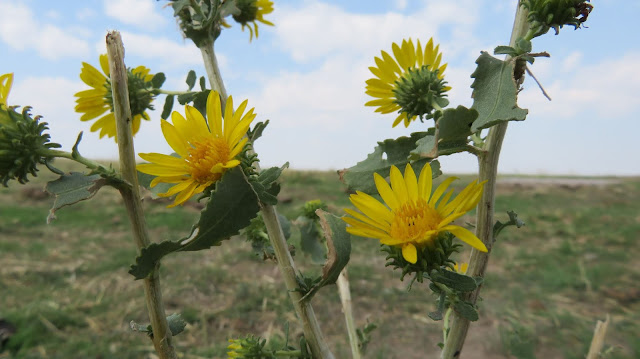 Crested wheatgrass. The top part has been dry and unpalatable for bovine consumption since the first day of summer. 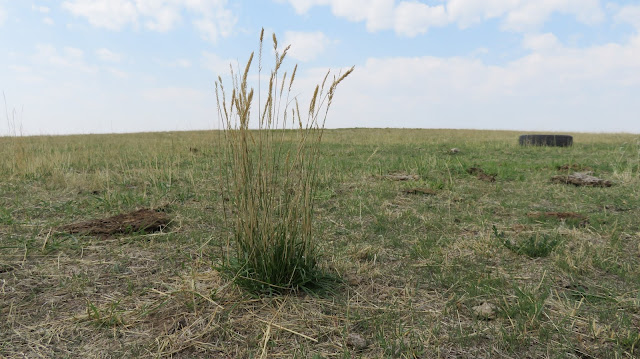 But this is late-season autumnal green-up. Tasty! 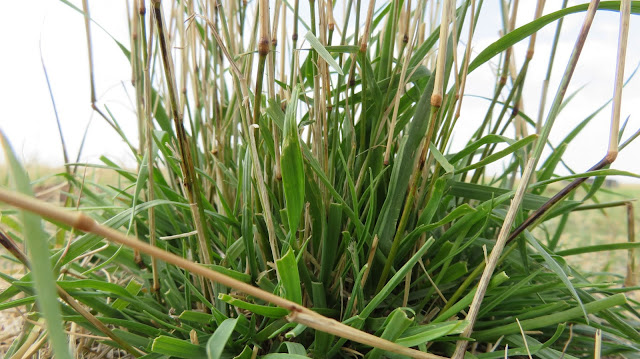 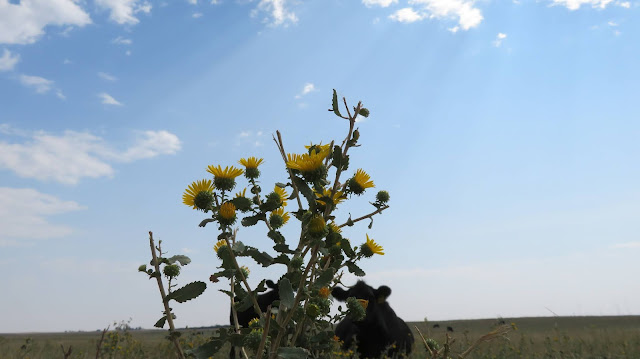 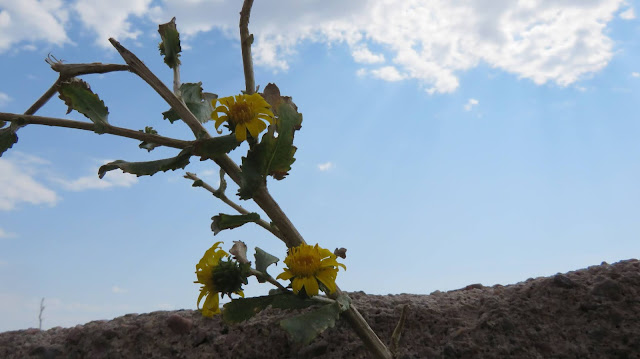 This morning I checked cows.

Then it was time to combine a hike with thistle monitoring, stock tank winterizing, and good work on my suntan.

Draining a tank, wondering if the future includes me continuing to do this job. You never know.

Standpipe in place. The standpipe is basically the drain plug. 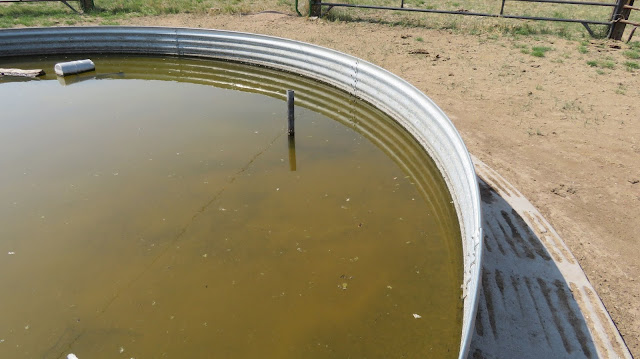 It was a good hike, 4.94 miles with lots of up and down stuff. Legs felt good, tan got better, bug spray kept the biting flies at bay.

So will I get out in the morning in time to mark the arrival of autumn? I don't know. I'm going to try. Have to see what the morning brings.

Posted by PrairieAdventure at 3:05 PM