I try to be careful to change names, but to the best of my recollection the events and locations are substantially correct. Of course I can only describe events from my perspective, so there's that. Readers who were present will doubtless have different recollections of any particular event. This is what it was like to serve in my tiny slice of the U.S. Navy between the late 1970's and early 1990's. It really was an adventure.

Just fyi, I've assigned this one roman numeral 41. I want to keep the Super RBOC posts in sequence and I think it'll take four more posts to finish the thing the way I presently envision it. We'll see. I'm not even sure I can access the damme pages function in this donkey-dick blogging interface. Not that I'm complaining or feel strongly about the matter you understand.

Once upon a time on the boat, a fat sneakthief had an interesting experience, and a couple of dumb-fuck corpsmen flirted with disaster.

The other day Sarge had a great (as always) installment of his post D-Day Saga. His tale of the moment revolved around mail call in the field, and that sparked a few mail call memories from my own experience. One in particular had an interesting twist.

I was working nights on the roof, which means I was one of four flight-deck qualified corpsmen whose primary job was to provide emergency medical care when needed up on that kinetic, fenetic, place called the flight deck. We worked 12-hour shifts; two of us working "day check" from 0800-2000 and two of us working "night check" from 2000-0800. I was the senior of we four flight deck corpsmen, and I chose (a perk of seniority) to work nights. I liked working nights and I liked nights on the roof. More importantly in my mind, the flight deck at night is a different place than the daytime flight deck. Both are dangerous, but the roof at night is especially challenging and especially risky. I felt like it was appropriate for me to take on the added risk. Seemed like the right thing for a senior with my skills and experience to do, and the medical department (H-Division) chain of command agreed.

On this deployment I was also working hard to increase my knowledge and experience in clinical medicine, so when I finished my nightly stint on the roof I headed down to medical to see morning sick call, which ran from 0800-1200. At first glance it might seem like a 16-hour day would be too much, but it wasn't. We were all young and had plenty of energy, and as a night check guy I found that the best way to get a good day's sleep was to hit the rack tired anyway. So it was all good.

On this particular morning as I walked into sickbay my nose was assaulted by the vile odor of puke and shit. The stench was nasty and overpowering. As I gagged and looked around through tearing eyes I saw several corpsmen scurrying around spraying various air freshening and antibacterial concoctions into the atmosphere. It wasn't helping. It may have been making things worse.

"What the fuck," I asked the senior sick call corpsman, "is going on?"

"Ah," he said, "Schmuckatelli is back in the ward head shitting and puking all over the place. They think he's got food poisoning."

Back in the ward head there was a small crowd of corpsmen and the ship's nurse anesthetist clustered around one of the shitter stalls. The deck in the head was covered with a vile mixture of puke and shit. Schmuckatelli was ensconced upon the porcelain throne and was projectile vomiting even as a stream of nearly black diarrhea somehow ricocheted out of the bowl. One of the corpsmen in attendance held a bag of IV fluid high while three other filthily sodden corpsmen held the corpulent lad somewhat upright and in place. It was a fascinatingly horrid tableau. I'd seen enough to last a lifetime in less than a second, so I got the hell out of there.

I jinked back into the sick call passageway and stopped off in the lab.

I knew the lab tech would be busy trying to determine what kind of pathogen had invaded Schmuckatelli's guts, and I wanted to know the answer too.

Food poisoning can be a disaster in an enclosed environment like an aircraft carrier. Or hell, any ship at sea. Our boat was a fighting ship first and foremost, and it was imperative that we understand what was going on and take immediate measures to keep people from succumbing to the pathogen. No one in Schmuckatelli's condition could possibly do their part to operate and/or fight the ship. We represented a vital national asset, so we were right on the verge of being a national crisis.

The lab tech was a fellow E-5 and a reasonably good friend. He was ship's company and I was airwing, so we didn't hang out on the beach or anything, but we shared a lot of interests and had a fairly similar world view.

"What do you think, Ernie, Sal and Elmer?" I was asking if he thought the pathogen in question was salmonella. There was a 1970's food safety PSA cartoon which featured the characters Sal and Elmer (salmonella). I tried to find the video for your viewing pleasure but couldn't. I didn't look that hard though...

"Fuck," I said, "that means we got a typhoid Larry on the mess decks!" In other words, there was probably a cook doing his job without washing his hands properly.

Ernie got a troubled look on his face and glanced around furtively. He swallowed, looked at me, swallowed again. "Step in and close the door," he said.

Which was a bit of a pain in the ass because the lab on my boat was smaller than the one pictured above. More like this one actually. How they got three guys in there for the picture is beyond me. Skinny fuckers I guess.

"Listen," said Ernie, "I fucked up. Somebody was coming in here at night and swiping gedunk from my stash." Gedunk is a sailor term for snacks like candy bars and cookies and sodas. Ernie kept a personal stash in the back of a drawer in his lab.

"I was sure it was that fucking Schmuckatelli, the thieving fat fuck."

"So..." I was still confused, but starting to get a glimmer of understanding.

"Yeah," said Ernie, "My mom sent me some cookies and they were disappearing, like five or ten every night."

"Yeah, I spiked those fuckers with E. coli." 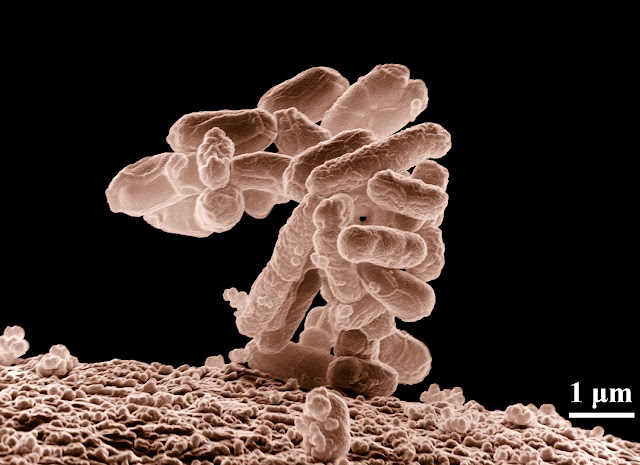 "Fuck!" This was some serious shit. "Those controls can be nasty!" Controls were samples of pathogens provided to labs for purposes of comparison, to help lab techs check and verify their findings. The controls were always handled with care and could potentially be deadly. Ernie could have just sent himself to prison. 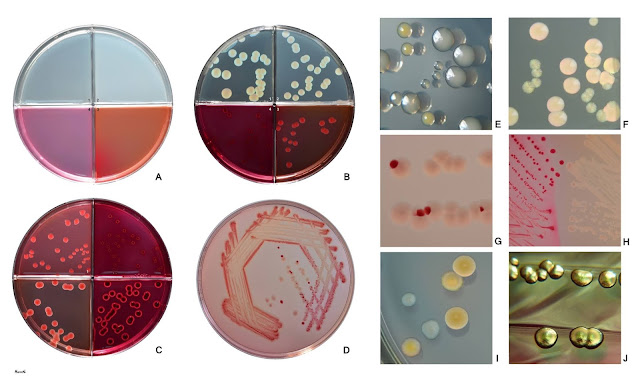 "No!," he said with some heat, "I wouldn't do that. What do you think I am? I shoved a swab up my ass and spiked the cookies with that. I thought it might give him a belly ache at most." 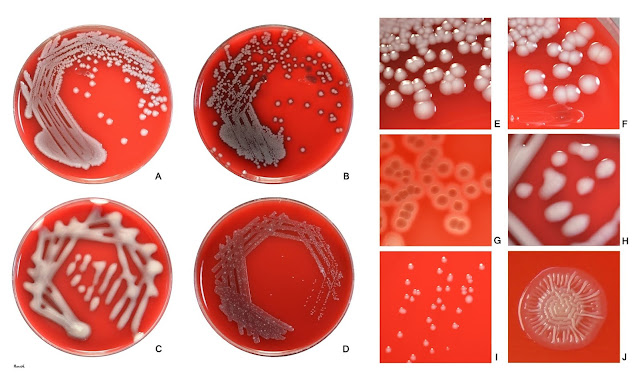 "Well, fuck," I said. My mind was spinning. If Schmuckatelli was as sick as it smelled like, we needed to let everyone know what had happened. No question. But maybe, just maybe, the fat fuck wasn't actually dying.

"You know this medicine shit Mikey. How sick is he? Do I need to fess up?"

Ernie looked at me as if through the bars of a death row cell. Fuck.

"Lemme go check," I said. "If he's all fucked up you're gonna have to own up Ernie."

"Don't worry," I said, "you won't get the death penalty. Probably no more than 20 years, even if he croaks."

We corpsmen have a twisted sense of humor.

Back in the ward head things were looking up. Schmuckatelli was mostly done shitting and puking. They'd moved him to an isolation compartment and half the medical department was cleaning and sanitizing the head and much of the rest of the ward.

Schmuckatelli's vital signs were strong and the fluids he'd lost were being replaced via IV. He had a fever but it wasn't much. It looked like his body had functioned properly and violently evicted the cookie pathogens.

Now I had my tail in a crack. I should -- and arguably had a duty to -- report what had happened. But I also knew that if I did, the medical department heavies would likely go on a rampage and chop off Ernie's head. The old pour encourager les autres, as it were. I didn't have a lot of confidence that the consequences to Ernie would be appropriate. This was the kind of thing where some young navy lawyer could make his bones.

It looked to me like Schmuckatelli would easily survive this bio attack. He may or may not have learned an important lesson. On the other hand, if he took a bad turn for the worse and the worst happened, I'd be on the hook as an accessory to manslaughter or homicide.

"All right Ernie," I said, "You better deep-six whatever cookies you have left and fucking well forget this shit ever happened! I'm putting my ass on the line here right alongside your ass. If you can't do that then we go talk to the SMO (Senior Medical Officer) right now."

"No," said Ernie, "fuck that. I ain't ever sayin' shit about this for the rest of my life!"

Posted by PrairieAdventure at 2:08 PM