Well, they're interesting to me. But I'm batshit crazy.
##########
As I rolled out of the rack this morning I was looking forward to a serious workout. My plan was to get in some HIIT against slopes. I didn't know precisely which hills I would run, but I knew my feet would take me to them, wherever they happened to be. As I was mulling possibilities another thought occurred to me. Not all that many months ago I would wake up and immediately dread the presence of an undone workout hanging over me.

But I couldn't look forward to an undone workout first thing in the morning. From that perspective it looked like a chore. I wanted the benefit and was willing to do the work. But the work looked like, well, work.

Anyway, these days I eagerly look forward to working out each morning. Work it is, there's no doubt of that. But in my batshit crazy mind it no longer looks like a chore. It shines like a joyful treat, a bonus blessing that I'm certainly not entitled to but which I can relish and embrace.

So where would my feet take me this morning?

I headed west and generally thought I'd keep to that course. Maybe out to the cemetery and then loop around to the north. I'd be able to find some slopes out by the crick.

But at the intersection of Highways 71 and 30 there was traffic and I didn't want to pause and wait. So I went south, then west again. My ephemeral plan was still kinda-sorta the same. I started filming a video, blathered on and on about silly stuff, and then...

I came upon the big 1.5 square block lot where the old Catholic Elementary School lives. The school itself is perched atop a hill on the south side of the lot fronting Fifth Street. But the lot itself is also choked with complex slopes. The very thing!

So it's been at least a couple of years since I tried running slopes here. I didn't work that hard at it back then; I mostly ditched the notion because I had underpass steps available. So the question I faced today was how best to wring a physically demanding workout out of the topography available.

Perhaps unsurprisingly, I figured it out. I also found (was led?) to a sign, a symbol, a portent. I wasn't running alone. Not exactly a brand new thing. I just don't run alone anymore.

And then I hit on an interval path which was fun, exhausting, challenging, exhilarating, breathtaking, brilliant. Freedom! Freedom from recliner, from tee-vee, from ogres. Blessed.

Piss break! After pissing, a one-sided discussion about freelancing an alley run into the HIIT/slope circuit and a psychotic exploration of whether short and hard is better than long and soft. I'm talking workout distance and intensity, not um, other things that might be associated with those words...

A few more slope runs and a final alley run finished the high intensity/hard work interlude. The end of the workout's hard work coincided with warming sunshine and the mild beauty of a calm, not yet windy, October day. I badly butchered the Psalm quote, but my heart was in the right place. I think. Yeah, pretty sure. Got the feathers to prove it.

I thought about torturing you kind readers with yet another long, babbling, stream of consciousness video. Instead, let's do this. What happens when you admit to being amazed and delighted that the forecast high winds didn't appear? The wind comes up of course!

The wind can be cool. Especially on a warm and sunny day.

That's more than enough video torture. It was a slamtastic workout; lots of HIIT and a total of 6.7 miles. As I write I'm sitting on 9.76 miles for the day, which will grow into at least 11 by the time I'm done with doing stuff.

Some time ago I mentioned new jeans and how I hadn't worn so small a waist measurement in many decades.

An interesting problem has developed. Should have seen it coming.

When I weighed 325-ish I was carrying more than 100 pounds of fat. Closer to 150. For all that I was in remarkably good shape. I could do lots of hard physical labor and I could move well and exercise at a surprisingly high level. But I was still ginormously fat. My standard waist size was 46.

When I got down to 220 none of my trousers or shirts fit anymore. I looked like a firetrucking ragpicker with my tightly cinched belt holding up clown pants and wearing shirts I could now fit two of me in. So I got some new clothes. The 38 inch waist trousers fit beautifully.

Maybe you see where this is going...

Yep, I just had to buy smaller pants. The 34 inch jeans now fit very nicely and feel and look good.

But what does the future hold?

I'm not worried about it, mind, but I am curious as to whether I'll need to look at 32 or even 30 waist jeans before long. What will my waist size actually settle at when the rest of the lard comes off and my body settles in to a new normal?

At the beginning of this thing I confided in my doctor that I was aiming for 220 pounds. The doc said that was a good goal and maybe, possibly, an achievable goal. A couple of months ago my new goal was 200. A month ago it was 180. Considering my basic frame size, 180 might represent a well balanced normal. Or it might be 170-175. Or even less. It'll be interesting to see where it ends up.

With dwindling fat reserves I'm having to pay more attention to nutrition. I'm slamming what seems like a lot of protein and vegetables. I'm eating two meals a day inside the magic eight-hour window, and taking in zero food outside that window. At mealtime I'm hungry and eating is quite satisfying. My stomach capacity seems to have dwindled and for the first time in perhaps forever I feel full before I've finished my plate. And I feel over-full if I clean it or (shudder) attempt seconds! Where did that come from?

In the last 60 days I've increased exercise output considerably. I've roughly doubled dedicated exercise miles and added core exercises in the weight room. My output increase has triggered a bit of carb hunger, satisfied by bread on a sandwich and the occasional doughnut or cookie. For the first time in, again, perhaps forever, a second cookie or doughnut doesn't taste good and gets fed to the dogs after a nibble. They like that.

And yet another interesting observation. I can wear her gym shorts now. Yeah, it's a batshit crazy notion to start with. Yet there it is. I can wear them to work out in. They fit like 1970's basketball shorts, so they're anything but stylin', but that's not the point.

What's the point? I don't know if there really is one. I've lost enough lard that I can wear a tiny woman's gym shorts. It's a batshit crazy point.

Home stretch. Allie's sister and her husband are wrenching on my Ranger. I think I mentioned brakes and cooling system. Sammie called me as I neared the end of my workout to show me something she'd never seen before. Me either.

How did a rat get into my cooling system? Has it been there a long time, cooked and pickled by hot coolant baths? Or only a short time, since the thermostat housing came off last week? Beats the hell out of me. 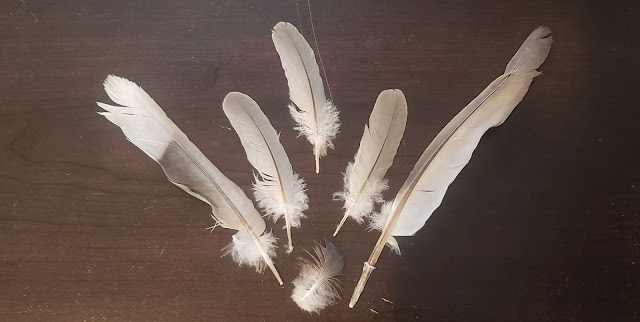 Posted by PrairieAdventure at 4:03 PM