I was trying to do the cool/snarky strikethrough thing in the title of this post but I couldn't pull it off. Not enough computer savvy. Sooo...

I used to be afraid of snakes. Ah, who am I kidding, I'm still scared of snakes, particularly if they startle me. I no longer have snake terror, though, and I put that down to learning about and trying to understand them. Snakes are, after all, just part of nature. So today, if I take a lot of slow, deep breaths and psyche myself up to a fever pitch of awesome courageousness, I can do this:
This poor bullsnake came out on the county road to warm up the other evening and got run over sometime in the night. He was a good 12 hours dead by the time I took this picture. Still gave me the willies to touch him.

Roads are obviously dangerous places for snakes to hang out, particularly when many folks will intentionally run over them.

Now why do you suppose that is?

The King James version of the Dash 1 offers, perhaps, a clue:

14 And the Lord God said unto the serpent, Because thou hast done this, thou art cursed above all cattle, and above every beast of the field; upon thy belly shalt thou go, and dust shalt thou eat all the days of thy life:
15 And I will put enmity between thee and the woman, and between thy seed and her seed; it shall bruise thy head, and thou shalt bruise his heel.

On the other hand, neuroscientists have long suspected that fear of snakes is hardwired into primate brains. Modern brain imaging technology has provided a good deal of evidence that this is may be so.

As a youngster I grew up in a rattlesnake killing culture. Rattlesnakes were (and continue to be) seen as a deadly threat to livestock and people. Therefore, the only good rattlesnake is a dead rattlesnake. Gotta kill them before they kill us, as it were.

I killed my share, that's for sure. In high school my Resistol hat band ultimately sported more than 150 rattles.

Something changed while I was away at sea though. I developed a bad attitude. Became a skeptic, even. When it came to killing rattlesnakes, I realized that some of my assumptions had been, shall we say, flawed.

I've only ever met one fellow who was bitten by a rattlesnake. He had a rough go of it in the hospital and lost a couple of fingers. But he survived and learned a valuable lesson. Don't pick up the effing snake.

As for myself, I began to notice that rattlesnakes, at least the local Prairie Rattlesnake (Crotalus viridis viridis), hardly ever strike without being mightily provoked. Which might explain why our ranch has never, to the best of my knowledge, lost a single head of livestock to snakebite.

It happens, sure. People get bit. Livestock get bit. Dogs get bit. But it's pretty rare.

Here are a few pictures to aid in identification. Bullsnake first. 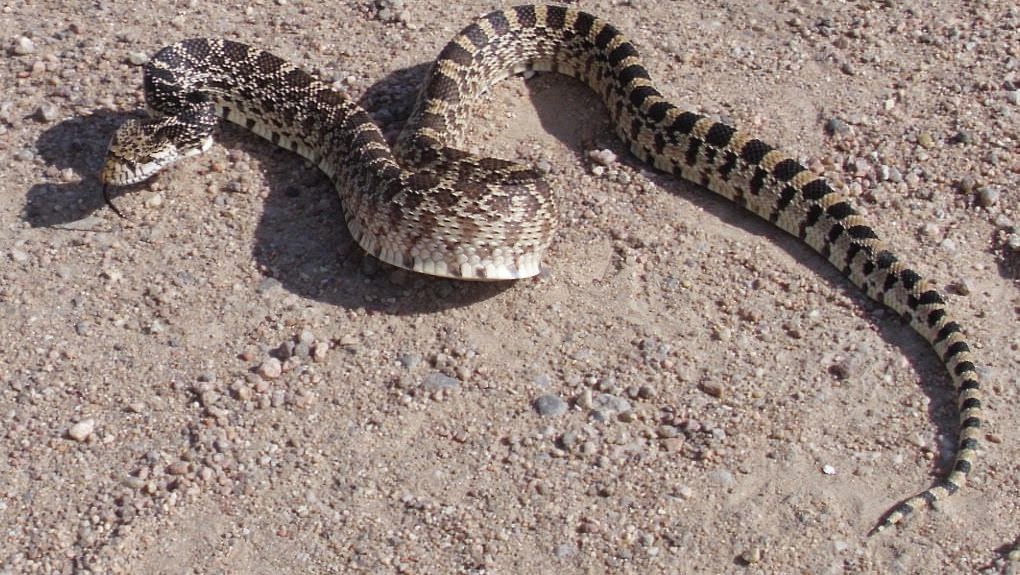 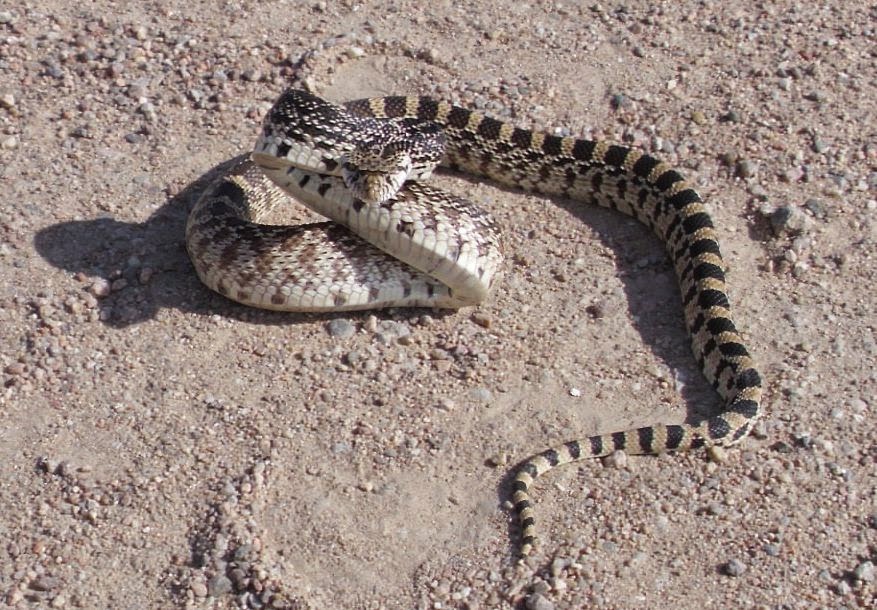 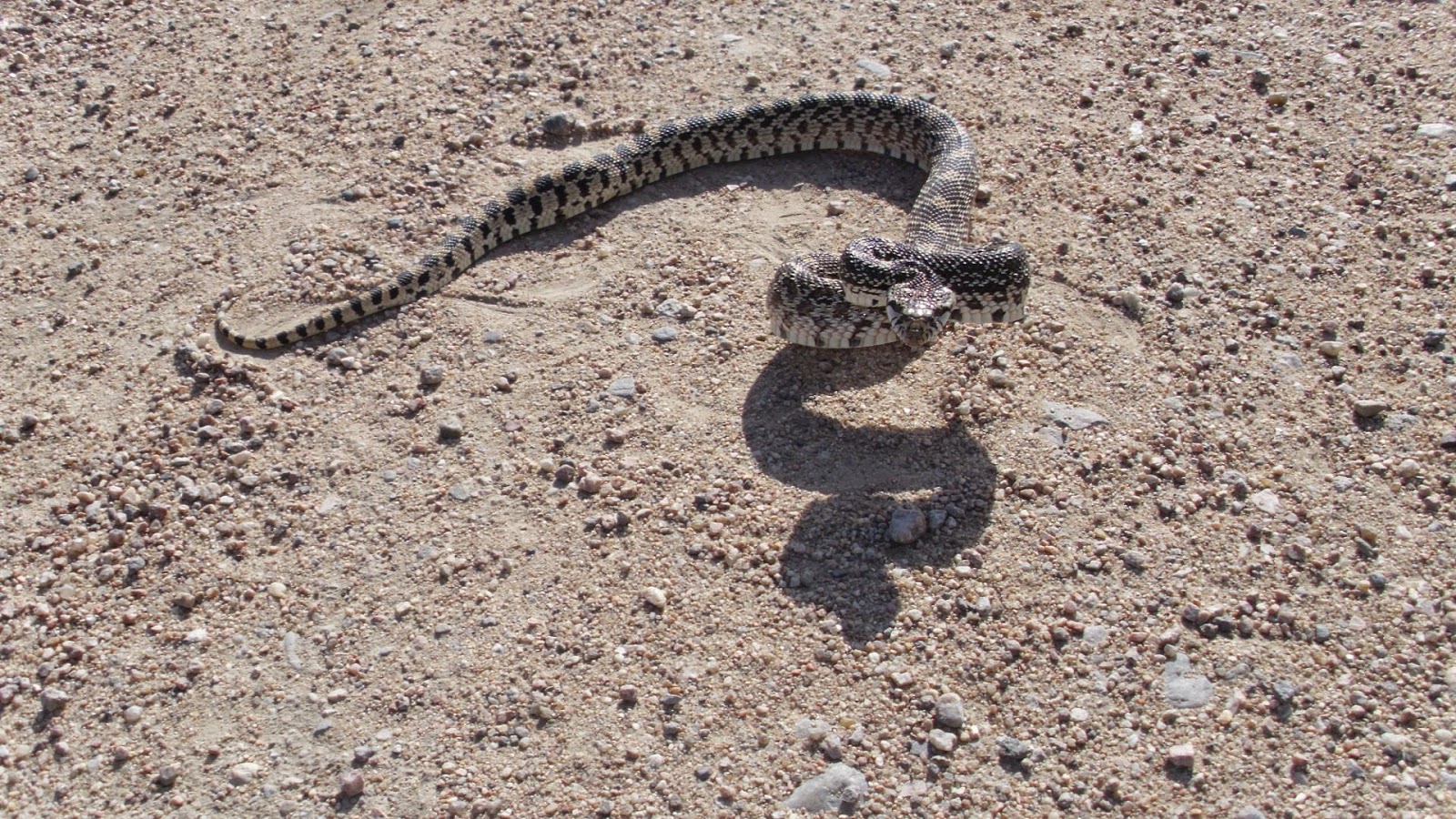 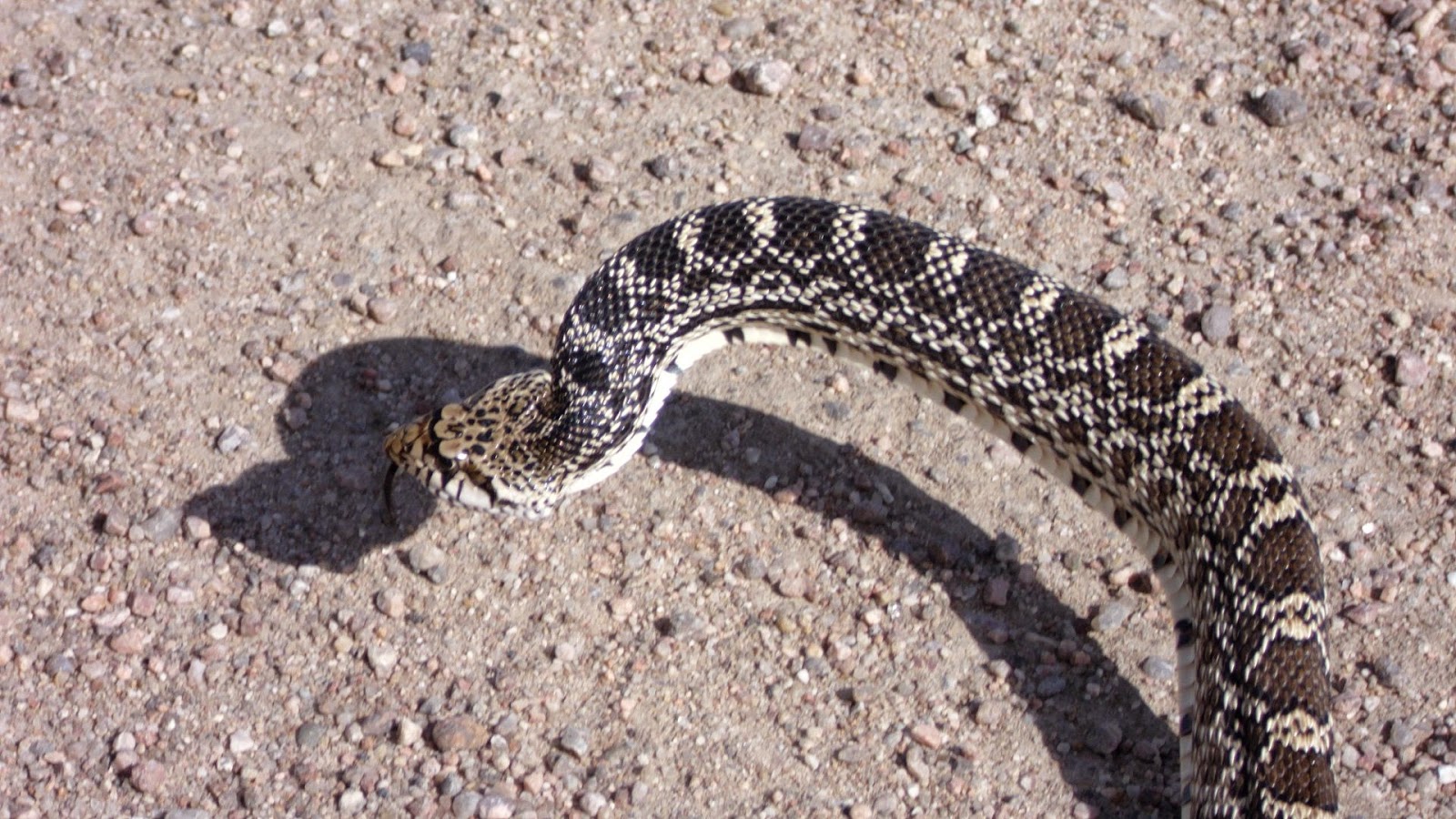 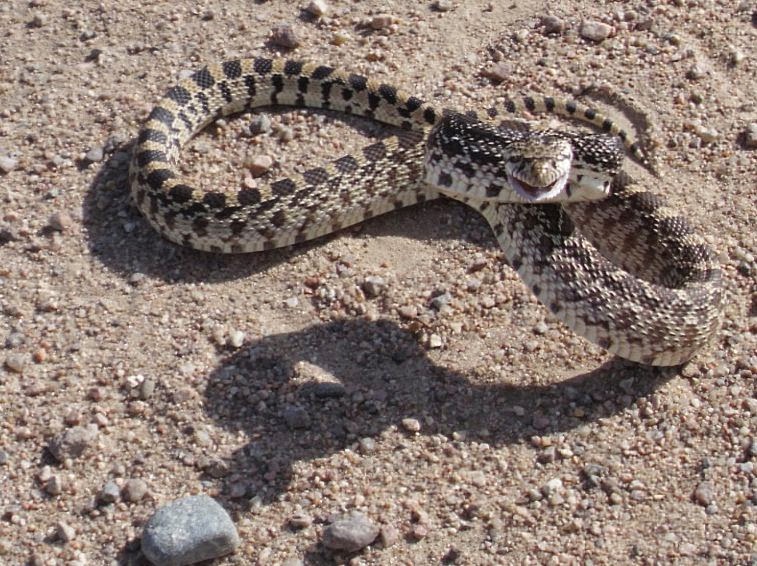 And now the Prairie Rattlesnake. 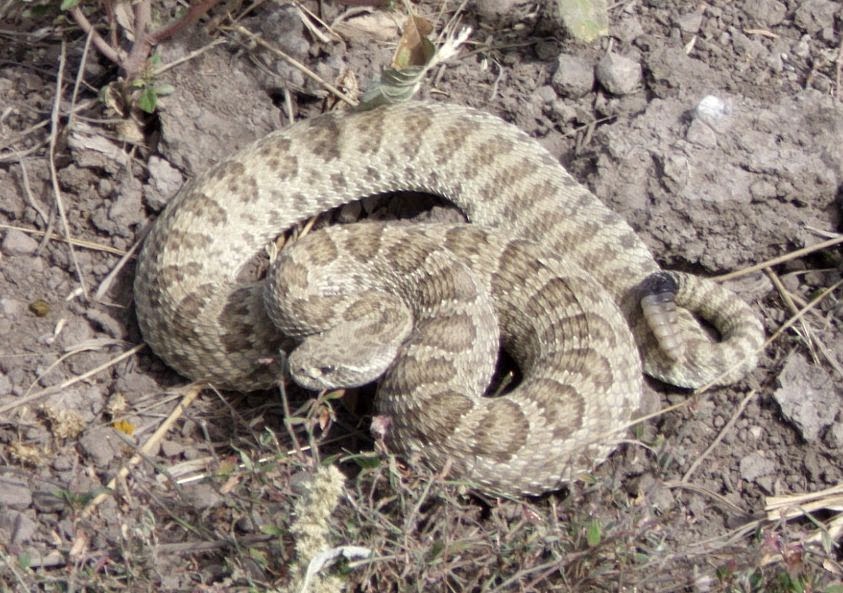 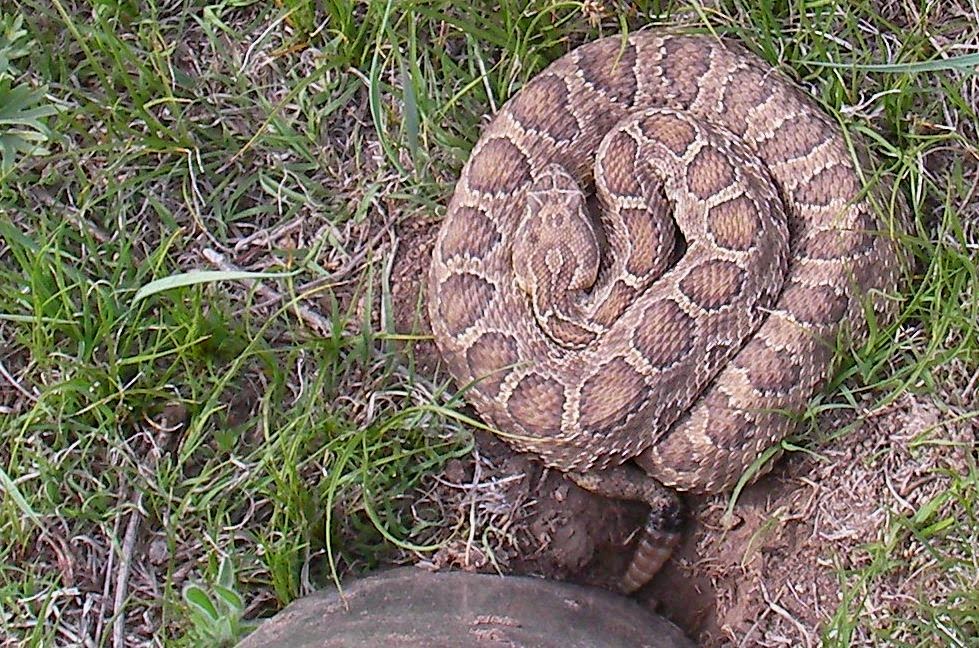 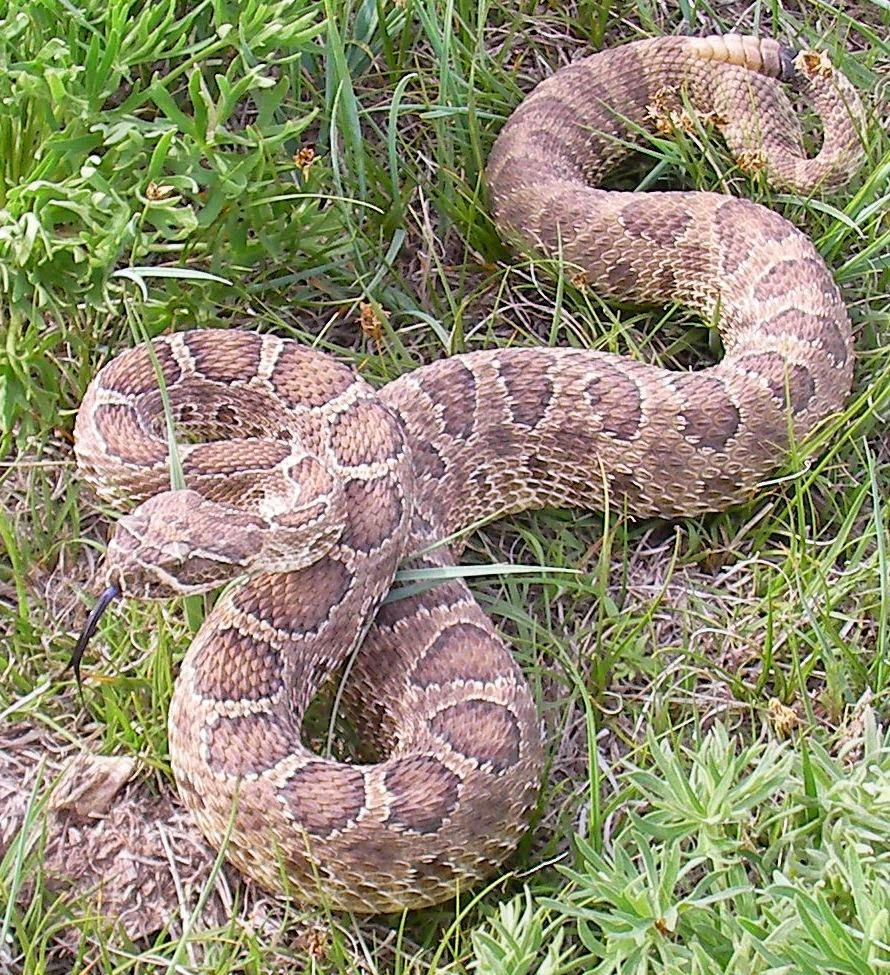 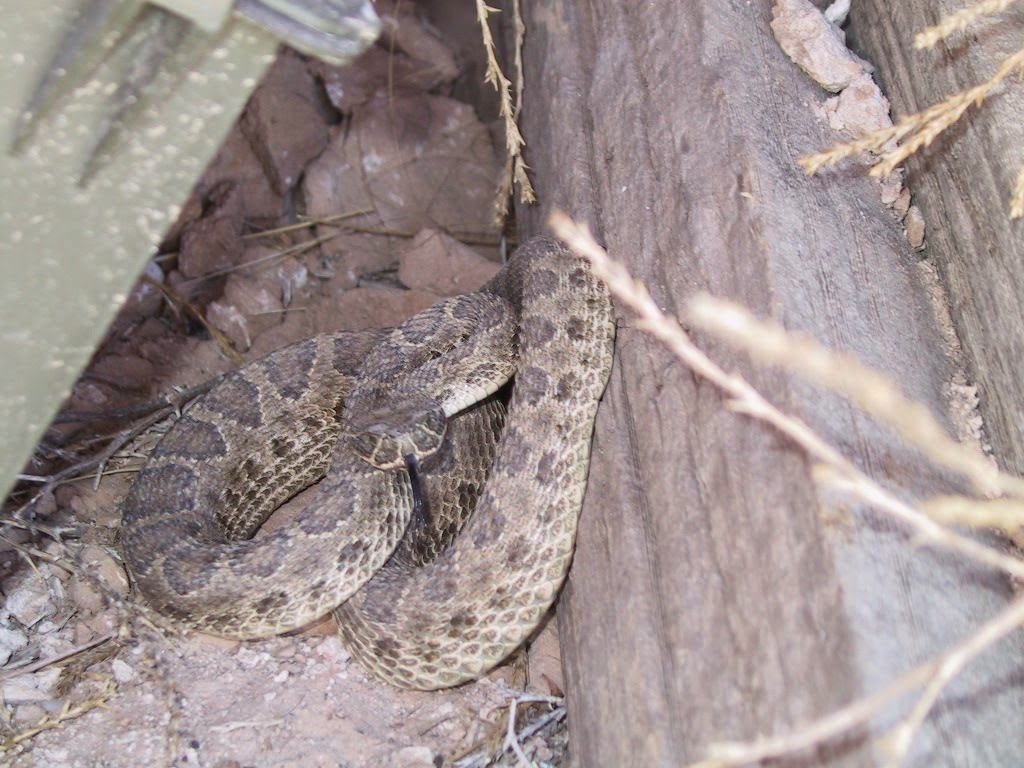 Posted by PrairieAdventure at 8:12 AM