I charged out of bed this morning.
For some values of charged.
I really wasn't feeling all that hot, so maybe I'm not exactly mended yet.
I did have something I wanted to do though, so I charged as best I could.

As I cinched up my belt, the damme belt buckle broke. "Ah," said I, "it's gonna be one of those days."

I can't get by without a belt, what with all the guns and magazines and pliers that I hang from said belt. But I didn't have a spare, and it would be hours before the stores opened.

But wait! I did have a new rigger's belt. It took some fiddling and adjusting but I finally got the new belt sorted and got to work. 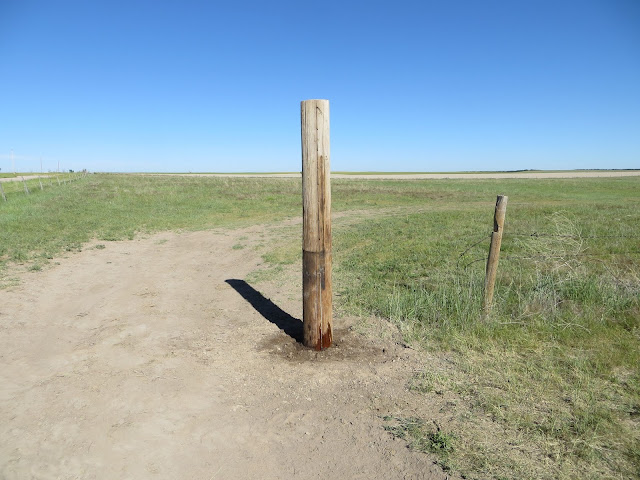 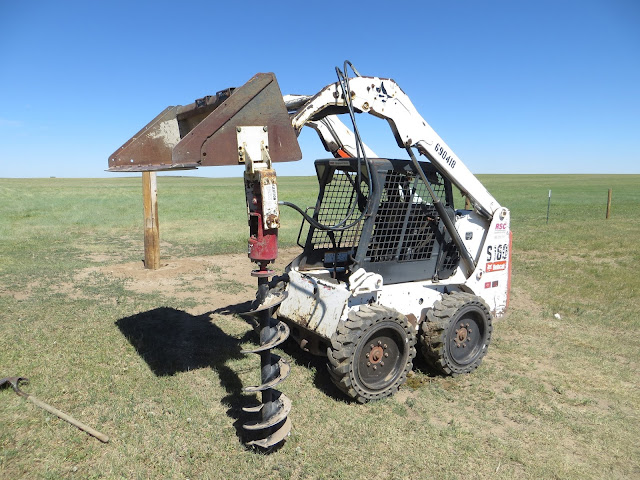 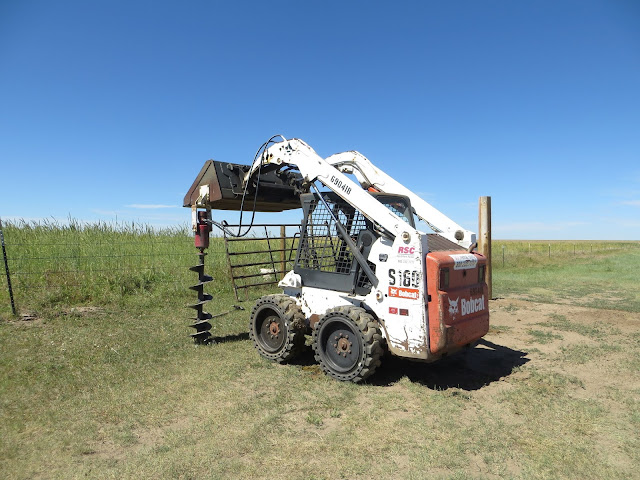 I wanted to take some pics and video of drilling post holes with the skid steer. It occurred to me that not everyone in the world knows about skid steers and fence and such like.

So anyway, according to whackophilia:

A skid loader, skid-steer loader, or skidsteer, is a small, rigid-frame, engine-powered machine with lift arms used to attach a wide variety of labor-saving tools or attachments.
Skid-steer loaders are typically four-wheel vehicles with the wheels mechanically locked in synchronization on each side, and where the left-side drive wheels can be driven independently of the right-side drive wheels. The wheels typically have no separate steering mechanism and hold a fixed straight alignment on the body of the machine. By operating the left and right wheel pairs at different speeds, the machine turns by skidding, or dragging its fixed-orientation wheels across the ground. The extremely rigid frame and strong wheel bearings prevent the torsional forces caused by this dragging motion from damaging the machine. Skid-steer loaders are capable of zero-radius, "pirouette" turning, which makes them extremely maneuverable and valuable for applications that require a compact, agile loader.

A skid steer is a very handy tool to have around the ranch. With the forklift attachment you can lift and carry a lot of heavy stuff. Palatalized stuff like feed and mineral and rolls of wire. Bundles (or piles) of fence posts. The forks are great for lifting and moving hay and straw bales too -- at least the big round ones.

There are other attachments too, like a snow plow, a loader bucket, a trencher, a tree spade, etc.

There's also the post hole digger. It's just a big hydraulic motor that bolts onto the side of the loader bucket. You can bolt different sized augers onto the shaft to make holes of different depth and diameter. The hydraulic motor plugs right into the skid steer's hydraulic system and there's a thumb switch on the right steering arm to set the auger turning.

So I went out and filmed myself digging post holes.

Really hot here today, got all the way up to 91. I am reliably informed that it's been much hotter everywhere else in the country, making Kimball the coldest part of the nation. In that sense I'm glad I'm here and not there.


Posted by PrairieAdventure at 6:25 PM