It's a gorgeous morning in the southwest Panhandle

Yesterday a front blew through and it was windy and drizzly, which is an odd combination.

The front passed overnight and the skies cleared. The temperature fell to 29, and at sunrise most things -- cars, fence posts, grasses, road signs -- most things were covered in very light rime ice. You know, frost.

As the sun rose and cast golden rays of springshine across the landscape, which erupted in glorious glitter. 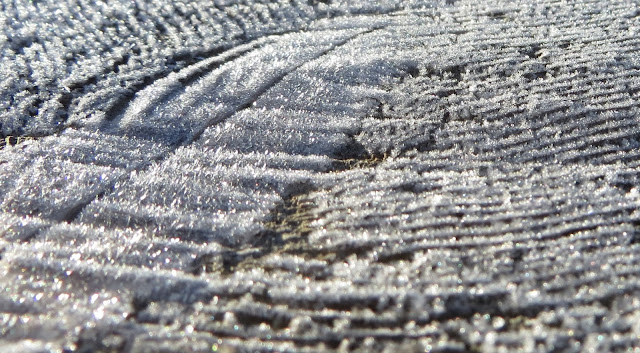 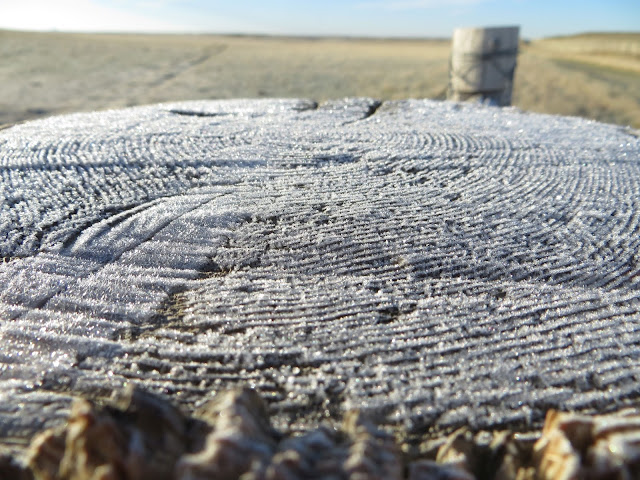 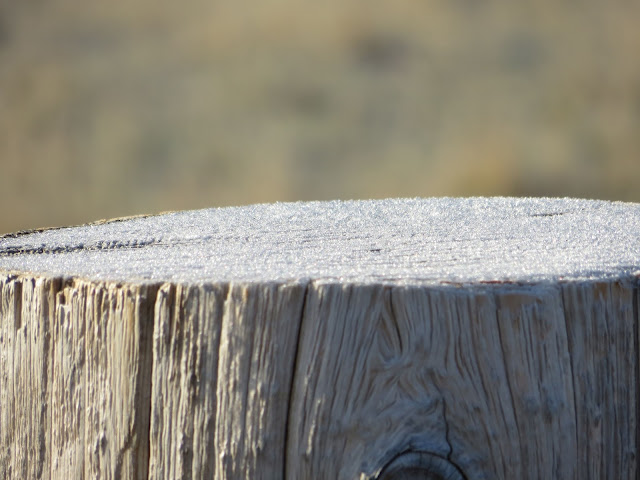 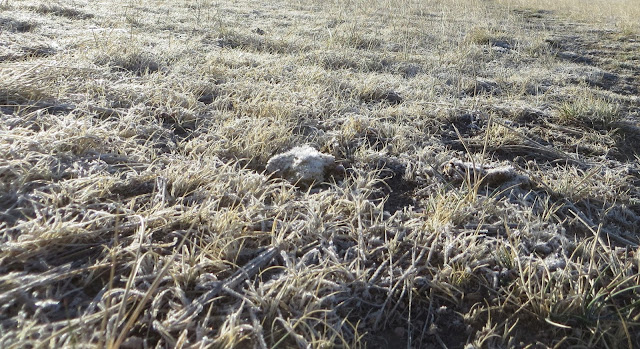 Have you ever been called a fascist? To your face?

It happened to me one time. I was giving free ground nesting bird tours on the ranch. A scruffy looking cat with a petulant sneer told me that we were destroying his public land with our cow-calf operation.

Fortunately, I said, we're destroying our own, private land.

He was some kind of lettered researcher at a state college, his salary and benefits package paid for entirely by property taxes. In Nebraska something like 80 percent of property taxes are paid by fascist land owners.

I suspect the fellow's life was pretty awful.

Anyway, that's the only time I've been called a fascist to my face.

I haven't been called names to my face very often. Aside from the typical kid-on-kid name calling, hardly ever.

It has happened though, and it always stings. Now when it's a stranger, it smarts a bit, but I understand that they don't know me and they're just mad about something and that makes it easier to take.

When it really stings is when it's someone who does know me. That smarts a lot.

Still, I'm in charge of my own feelings. No one else controls how I feel. If I allow the hurt to linger or fester it's all on me. It's not easy to work through hurt feelings, but that's just life. Easy isn't part of the whole life package.

I was talking to a high school teacher one day, not so long ago. She was holding forth on the well known fact that name calling and harsh words are infinitely more harmful than any physical beating. She was really feeling it, the power of righteous indignation and speaking truth to power.

"You teach this to your students, right?" English teacher, btw.

"Oh yes. I have a moral and ethical responsibility to teach them the truth."

One thing that helps me with the unendurable and deadly assault of words I dont want to hear is when I think about all the times I haven't been called names. Seen in that light I don't really have a lot to feel hurt about. It's a useful perspective.

And then there are the times people have called me nice names to my face. Those outnumber the bad names by a fair margin.

A bit of Kipling seems appropriate.

If you can keep your head when all about you
Are losing theirs and blaming it on you,
If you can trust yourself when all men doubt you,
But make allowance for their doubting too;
If you can wait and not be tired by waiting,
Or being lied about, don’t deal in lies,
Or being hated, don’t give way to hating,
And yet don’t look too good, nor talk too wise:
If you can dream—and not make dreams your master;
If you can think—and not make thoughts your aim;
If you can meet with Triumph and Disaster
And treat those two impostors just the same;
If you can bear to hear the truth you’ve spoken
Twisted by knaves to make a trap for fools,
Or watch the things you gave your life to, broken,
And stoop and build ’em up with worn-out tools:
If you can make one heap of all your winnings
And risk it on one turn of pitch-and-toss,
And lose, and start again at your beginnings
And never breathe a word about your loss;
If you can force your heart and nerve and sinew
To serve your turn long after they are gone,
And so hold on when there is nothing in you
Except the Will which says to them: ‘Hold on!’
If you can talk with crowds and keep your virtue,
Or walk with Kings—nor lose the common touch,
If neither foes nor loving friends can hurt you,
If all men count with you, but none too much;
If you can fill the unforgiving minute
With sixty seconds’ worth of distance run,
Yours is the Earth and everything that’s in it,
And—which is more—you’ll be a Man, my son!

Posted by PrairieAdventure at 9:15 AM