The rain began about 11 p.m. on Monday. It wasn’t a lot, just a drizzle really, but it struck a chord deep in the core of me. In the spring, the sound and the smell and the feel of the first rains is a tonic.


Monday had been a very pretty early spring day, with big blue skies and wispy cotton batting clouds and bright, warming sunshine. It was a good day to catch up on chores and to scout grass. As I worked and hiked, all around me the prairie was wakening from her winter slumber. 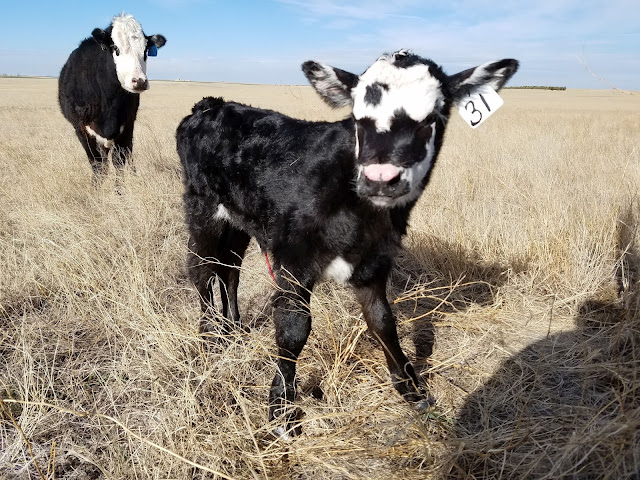 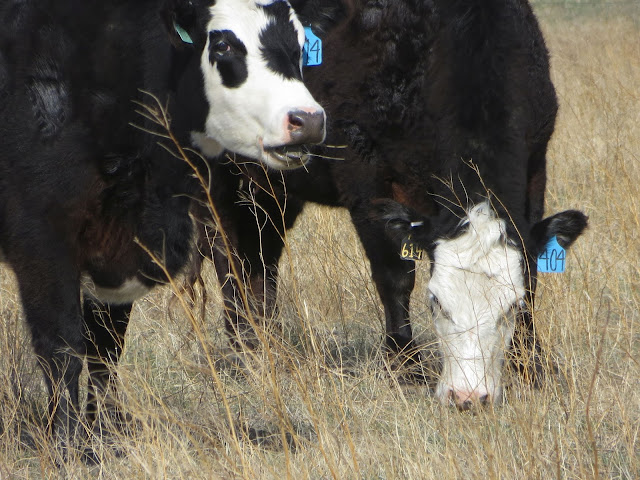 Along fence lines and roadside ditches and wherever the ground had been disturbed the purplish-green of cheatgrass was beginning to stand out. Clover and kochia and the first dandelions were just beginning to show. 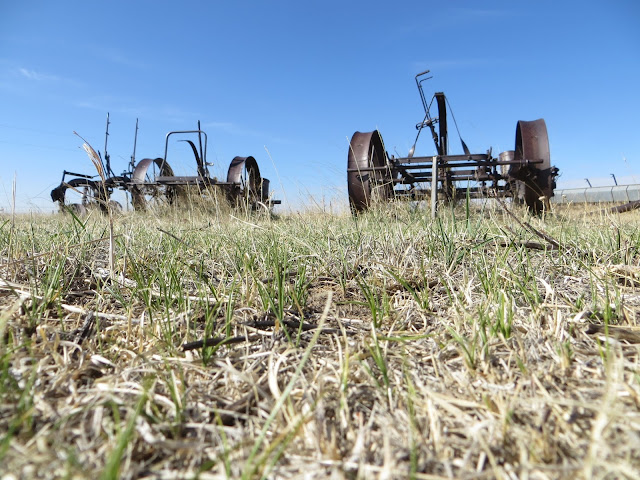 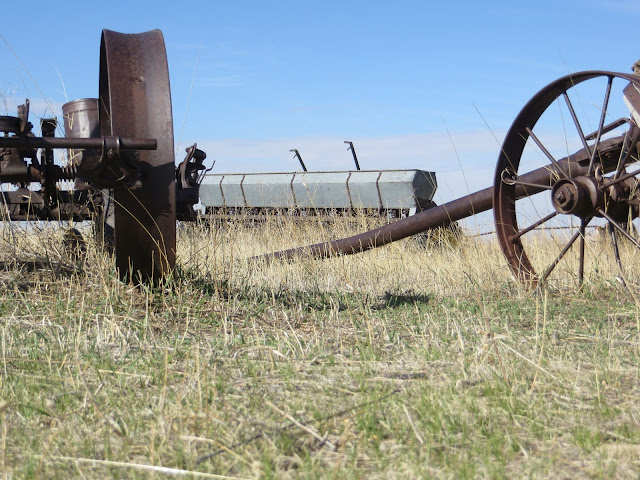 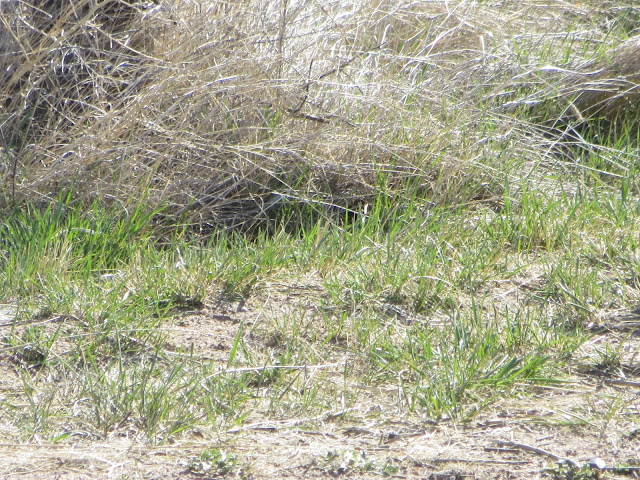 In the native grasslands blackroot and green needlegrass and western wheatgrass was starting to catch the eye. These grasses are a song of color played in the key of green. The tiny, triangular blades os sedge are shiny olive, the western wheatgrass green with a pronounced powdery blue tinge, and green needlegrass an exuberant emerald. As they erupt against the drab, brownish gray of last year’s growth, they take on an especial vibrancy, teasing my thoughts with hints a colors just out of the range of my vision.


Shrubs and forbs were warming up for the colorful concert as well. Sumac and chokecherry buds were hard, fat kernels of condensed green, some of them already beginning to open; isolated notes of color dancing here and there in the puffs of light spring breeze.


Scattered across the calving pasture, cows and calves were seemingly everywhere. The cows were grazing almost frantically, following their noses and cropping new green grass with abandon. Calves were laying up in the warm sunshine or nursing or scampering about in cryptic calf games. A few were even nibbling on new grass, and finding, apparently, the flavor to be delightful. 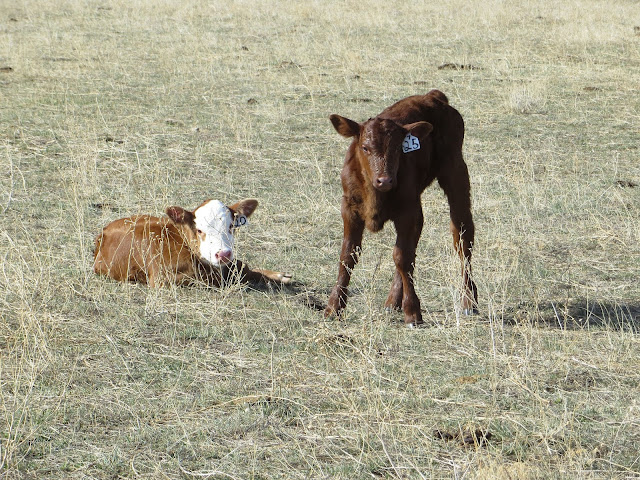 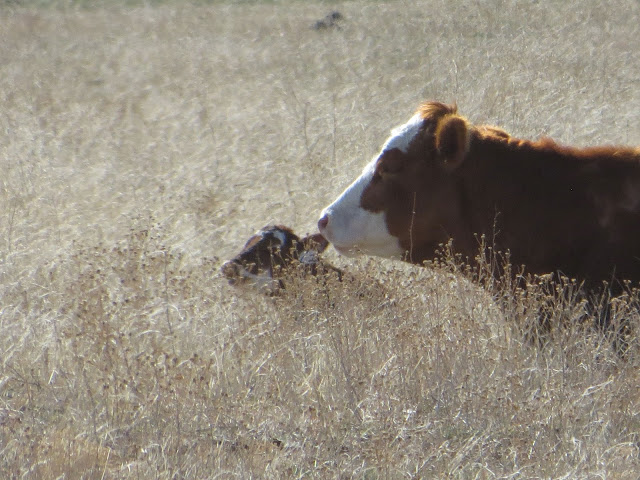 All of this made for a wonderful working environment, but one thing kept nagging at the back of my mind.


Okay, not really very dry. At Kimball we’d had 96 percent of average precipitation since last April 1, and in reality you can’t get more normal than that. Since October 103 percent of average. Having lived through more than one dry year in my life, though, I’m always a bit nervous until we get some spring rains.


In a very real sense I got a bit spoiled over the last couple of years of abundant moisture. So far this year we’ve seen 2.09 inches of precip, while by the end of March last year we’d seen 2.98 inches. Is that cause for alarm? In 2012, the last drought year, we’d collected only seven-tenths of an inch by the end of March, and totaled only eight inches for the year.


But wait a minute. In 2015, when we received a delightful thirty inches of moisture for the year, we’d had only six-tenths of an inch by the end of March.


It’s good to check facts and figures, to put things into proper perspective, scale and context.


Still, on a delightful but drier-than-I’d-like Monday, I knew I’d feel a lot better about things if only the spring rains would begin.


Tuesday morning it was raining. Drizzling, to be exact. It was cool and overcast, about 44 degrees in a light drizzle that occasionally burst into light rain. By noon we’d had about a quarter-inch and the skies promised more. Just like that we were catching up with “normal.”


I'll just repeat this; as grass farmers we depend on the rain. Without rain, the grass doesn't grow. The prairie can take several years without rain; all the grasses and forbs simply go dormant, safely sleeping through times of drought. We grass farmers, on the other hand, cannot go dormant. Oh, we have plans and strategies to tide us over for a year or two or maybe three. And if a mega-super-severe drought develops, we have thinking brains. We'll figure something out.


Best of all, though, is when we avoid drought and receive adequate and timely precipitation. Which is what happened on Tuesday. All in all we collected about three-quarters of an inch of soft, slow, soaking rain. And in the forecast for Thursday-Saturday, more rain. Perhaps even a bit of snow. Which is nice.

On Tuesday I didn’t get a lot of outside chores done, but I did get some inside chores done. Listening to the light rain drumming on the roof I felt a special kind of grass farmer peace slip into my soul. A pair of new calves were born during the day. 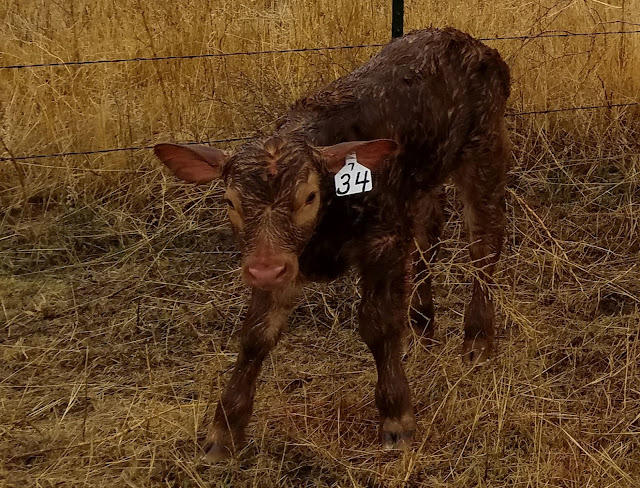 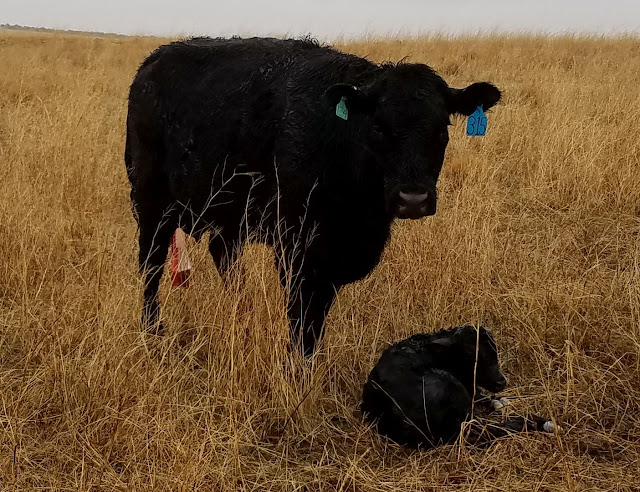 They came into a wet and chill world, but were vigorous calves and up at the teat within minutes. By evening each was proudly trotting alongside mama as the cows followed their noses along a path of new green grass.


Posted by PrairieAdventure at 11:34 AM