A century ago in Belgium and France

Got an email from dear friends in England yesterday.

Hmm. Dear friends. How do you define that?

I've only ever met Elwyn and Julie the one time. They traveled to the States last summer for a vacation and to visit relatives in Colorado and Iowa. They visited the ranch almost by accident, having stopped at the High Point Welcome Center as they drove west to east along I-80.

They wondered if there might be local ranch available to tour, and HPWC Director Jo Caskey gave me a call.

Elwyn and Julie are fourth generation farmers from Herefordshire, England. They raise cattle and sheep, hay, small grains, and cider apples on a lovely farm that looks exactly like you'd expect an English farm to look.


We struck up a fast friendship, comparing and contrasting our farming and ranching experiences. Much was different, but all the basic things were similar. Our "quick" tour lasted three hours.


We've kept in contact through mail, email, and whatsapp. It was great to meet them and it's been great getting to know them a bit better through the convenience of modern communications technology.

At any rate, Elwyn sent pictures an comments on their recent visit to the Ypres and Somme battlefields. When he mentioned the pending trip a couple of weeks ago, I told him I envied his proximity to such sites. I'll let his words do the work here. A lot to ponder.

"Got a few pics for you of my trip. As you said 'my proximity to it.' I never realised it was all so close. four hours to the tunnel, half an hour sat in the car on the train and one hour more and we were in Ypres.
"I am a lot wiser now than I was before I went, although I have always been very interested in all WWI stuff. Until I got there I never realised so much fighting went on in such a small area, about 12 miles across with Ypres in the middle.


"Went to Vimy Ridge . It has the most spectacular memorial to the Canadian troops high on a ridge overlooking the plain.

"Then we went on down to the Somme and followed the front line.

"We hear a lot about numbers and casualties and yes they are terrible but until I went there it really [hadn't] hit me. As you drive through the Ypres area everywhere you look on streets, in towns and villages, out in the fields and on hill sides, some times only one hundred yards apart, there are cemeteries. Some small, others massive and all pristinely kept. In fact there are 142 cemeteries of more than 40 graves, all for Commonwealth (All the countries of the old British Empire, Canada, Australia, New Zealand, India etc.) Soldiers. 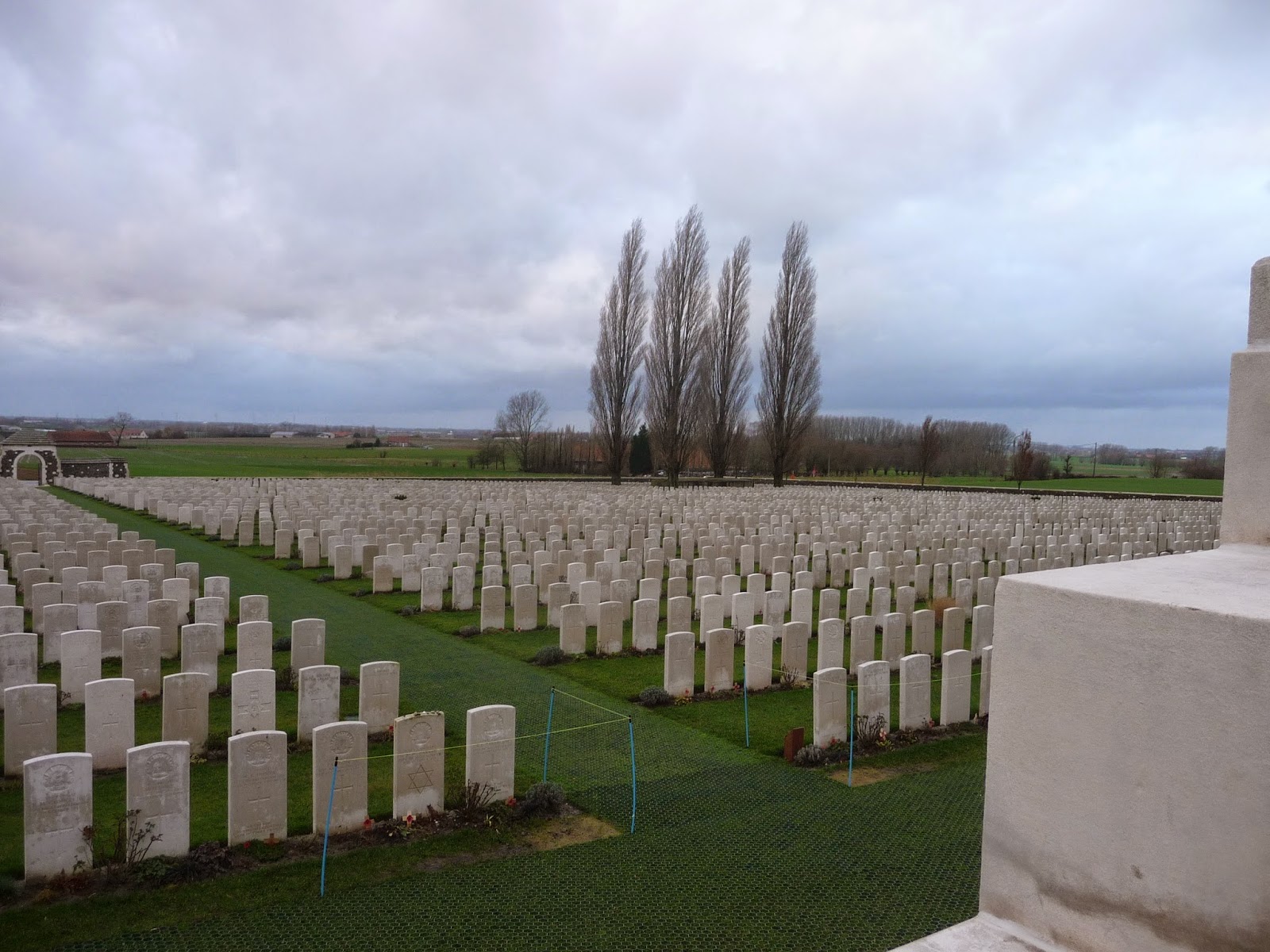 "Five cemeteries for the French and one for the Germans at Langemarck, a very grim looking place.

"We went to Tyne Cot Cemetery which is the largest Commonwealth cemetery in the world. I looked at all these white grave stones, nearly 12,000 of them, so tightly packed together, and you can just see in your mind rank after rank of young men. A lot of graves said 'known only unto God' on them while others sometimes had two or even three names on them, basically they were in such a mess they didn't know which bit belonged to who.

"The most shocking thing I encountered though was the stone panels, about twenty feet by ten, that were covered in the names of the poor souls that had no known grave. There were 34 panels around the outside of the cemetery with 34,880 names on them. 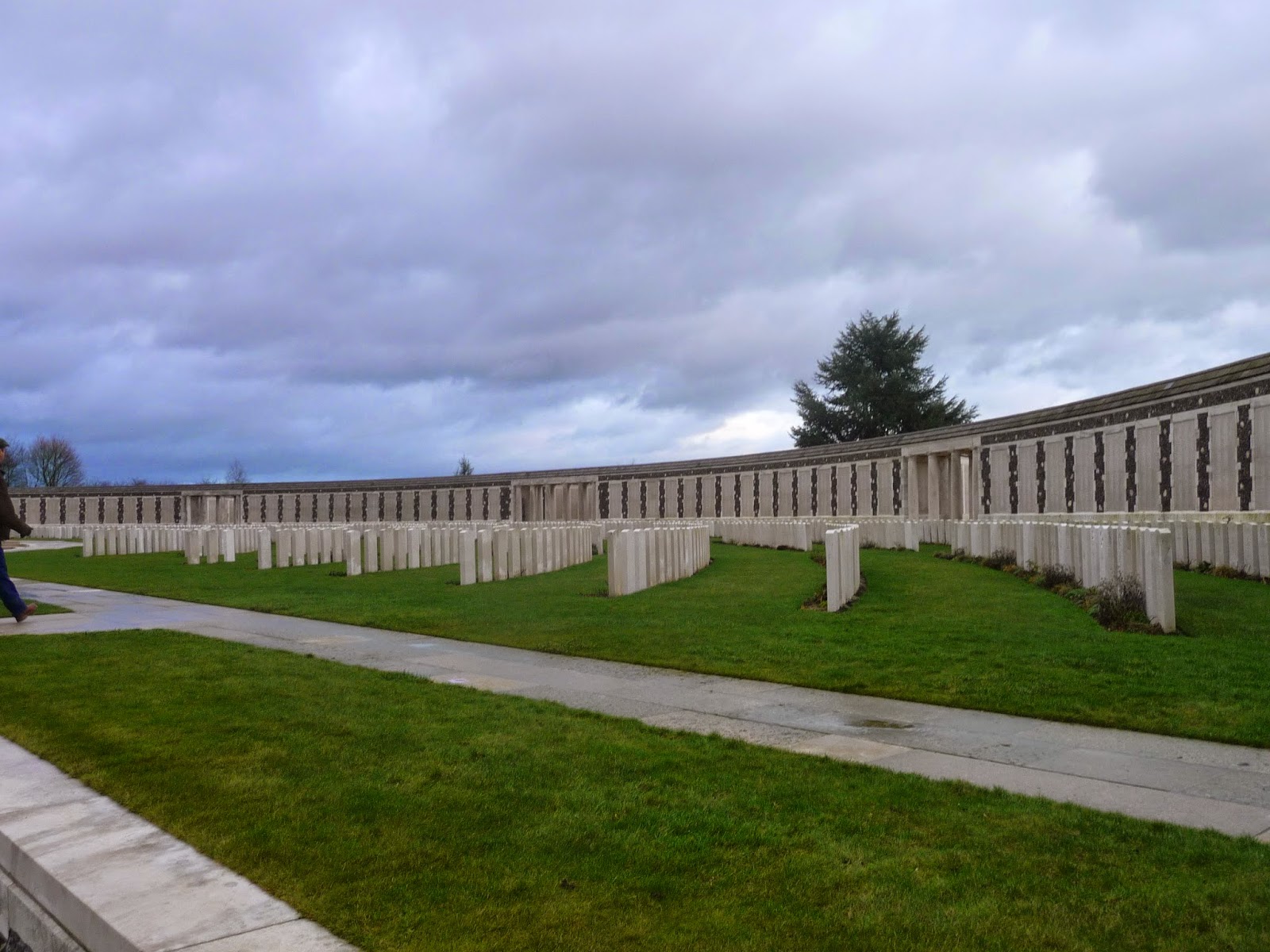 "We visited a farm that was in no mans land and they showed us what they have found over the years. Scores of rusty rifles, machine guns, bayonets that puncture the tractor tyres, and hundreds of shells and cases, sometimes live! They said two people a year die from unexploded munitions. Two Bulgarians working on a building site [recently] had brought up a shell, so lunch time they tried to get the brass detonator off to sell as scrap ......with a hammer! One killed, [the] other very badly injured.

“An experience I'll never forget, especially Vimy Ridge and the craters on the Somme made by those ex miners digging tunnels under the German lines. 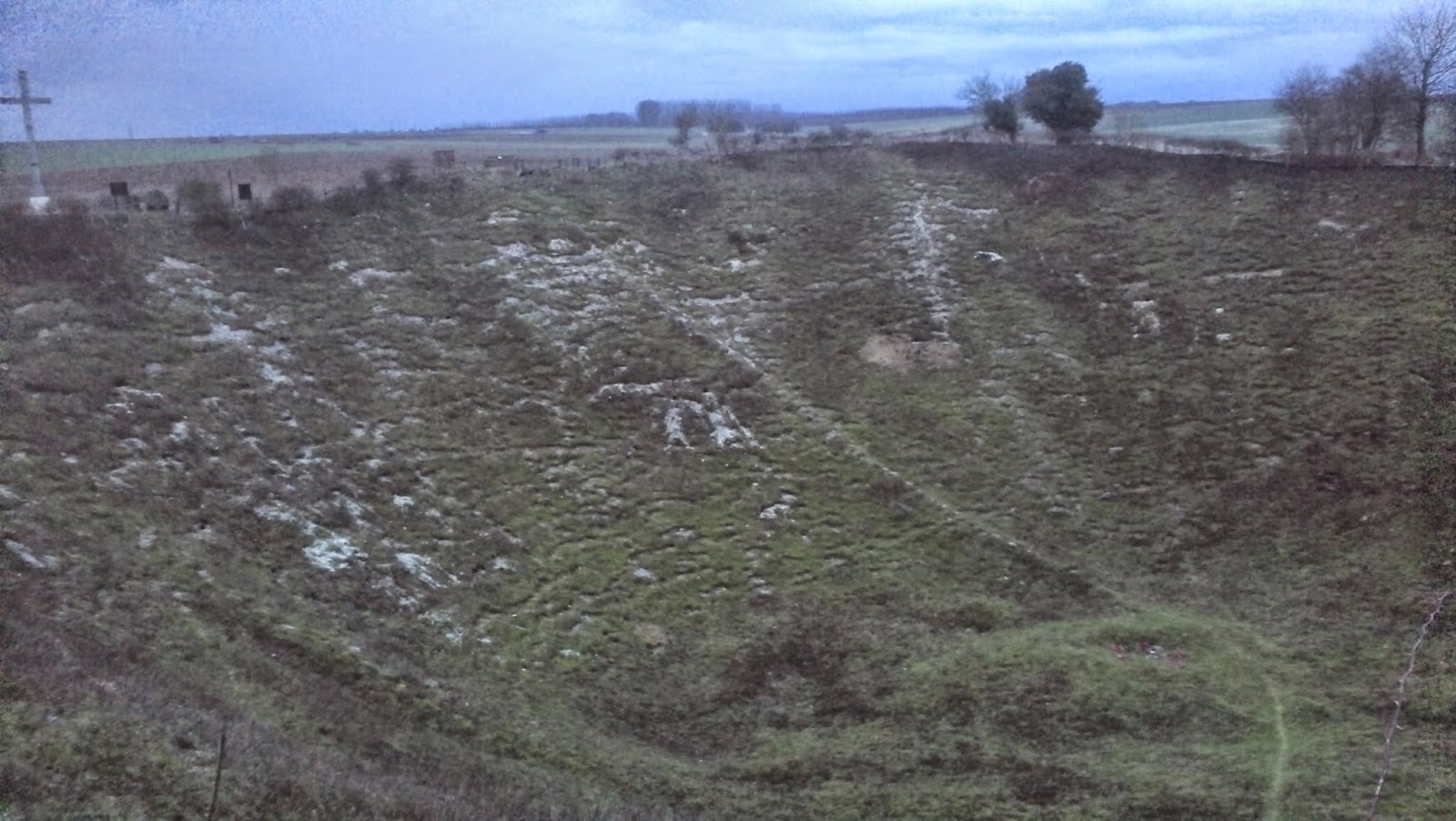 I even picked up a bullet as we walked across a ploughed field down there. I better stop , I could go on and on it was amazing and very sobering. Best Wishes, Elwyn”

Thanks Elwyn and Julie! Wonderful pictures, and I so much appreciate your sharing your thoughts.


Posted by PrairieAdventure at 12:00 PM