“Johnny died in the war,” was the most I could ever get out of his sister, my Grandmother Helen.
So there was that. They called him Johnny, rather than John. The barest touch of personality added to what was otherwise just a name.

Uncle Johnny was born in Sugar City, Colorado in 1909, the second son of Henry and Anna (Hohnstein) Burback, German-Russian farm laborers who had emigrated from Catherine the Great’s German Agricultural enclave in the land of the Tsars. They came to America in 1905, looking for, as most immigrants did at that time, liberty and opportunity. When they arrived at Ellis Island, their name was Burbach. When they left, their name was Burback.

Of liberty and opportunity, they found it. Their path was far from easy. They were very poor and worked very hard, taking agricultural jobs that no one else would take, sometimes as day-labor in the sugarbeet fields, sometimes as tenet farmers. But they were free, no longer the property of the State or of the autocracy. They persevered. In 1907 they had a son, Henry Jr. In 1908, a daughter, Anna. Then another son, John, in 1909. Ultimately Henry and Anna raised 12 children, each of whom went to school and mastered English, a language in which their parents never quite became fluent.

After leaving Sugar City, the Burbacks farmed and worked in Morrill and Scotts Bluff Counties, as well as near Broadwater, Neb. In 1927 they moved to Kimball County and began tenet farming north of town.

The 1930’s were, poor, hard-working times for the family. The children did chores before and after school and on the weekends, and spent seemingly endless days in the beet fields during summer “vacation.” Toward the end of the depression, and as the children grew older, life became a little less desperate and a little more comfortable.

As the 1930's came to a close, war, which had been brewing for some time, was declared in Europe, and the far-away conflict threatened to draw America into a full-scale World War.

Many Americans were isolationist and wanted to stay out of the war. Some were firebrands who wanted to jump into the conflict at once, to save the world from the Nazis and the Communists. A small but significant minority wanted America to fight on the side of the Nazis, against the Allied Powers and the communists.

In 1940 President Roosevelt and Congress began offering “lend-lease” and other aid to England, and the Selective Service began calling up draftees to fill an expanding military force. U.S. industries were ordered to war footing, and began turning out guns, ammunition, tanks, planes and other war materials in place of their usual product line of cars, refrigerators and stoves, hardware, clothing, etc.

Though the U.S. began drafting men into the service before the country actually declared war, no one from Nebraska, and in particular, Kimball County, had been called up before Pearl Harbor. This quickly changed, however, as draft boards sprung up seemingly overnight in small towns and villages across the nation. On January 1, 1942, Kimball County’s draft board was organized.

On January 29, 1942, the Kimball County draft board called up the first 10 draftees. The second name on that list was John Burback. He and the other nine men went by bus on Feb. 5 to Ft. Warren, in Cheyenne, for induction physicals. All passed muster, all returned home that night, and all left for basic training within a few weeks. 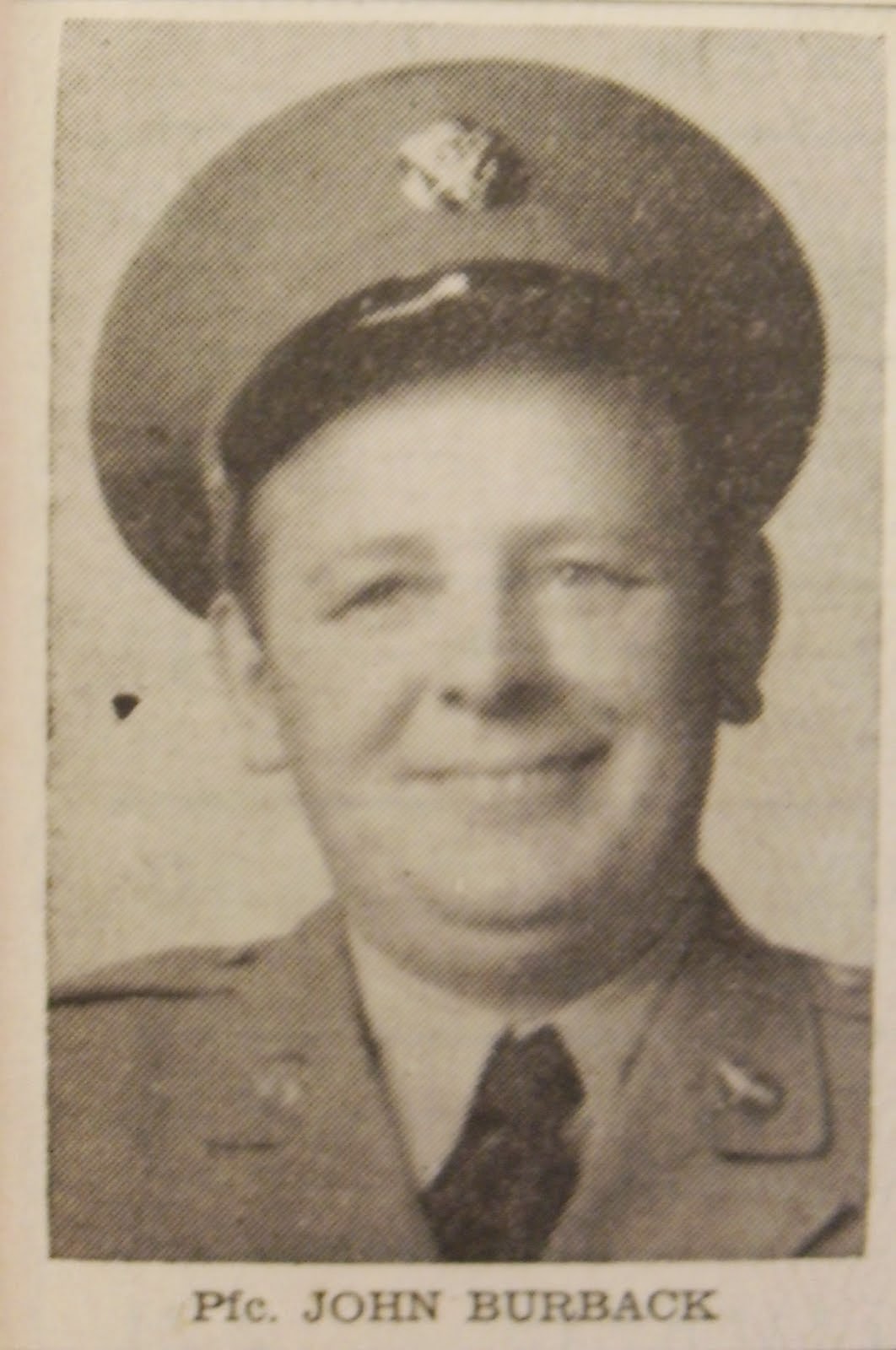 Here is where Uncle Johnny’s story gets murky. I’ve been unable to turn up any evidence of his service between his call-up and death. Both family lore and contemporary newspaper accounts place his term of service with the Army Air Corps (later Army Air Forces) in the China-Burma-India (CBI) Theater of operations. He allegedly served in India, most likely as part of the effort to air-lift supplies over the “hump” of the eastern Himalayas to Burma and China.

In late July, 1944, Johnny was air-evacuated to the U.S., suffering from “splenic anemia and complications from tropical disease.” He arrived at Coral Gables Army Hospital in Florida on Saturday, July 29, 1944. He died during the evening on Tuesday, Aug. 2, 1944. His remains were transported to Kimball and Johnny was buried in the Kimball Cemetery on Wednesday, Aug. 9, 1944. 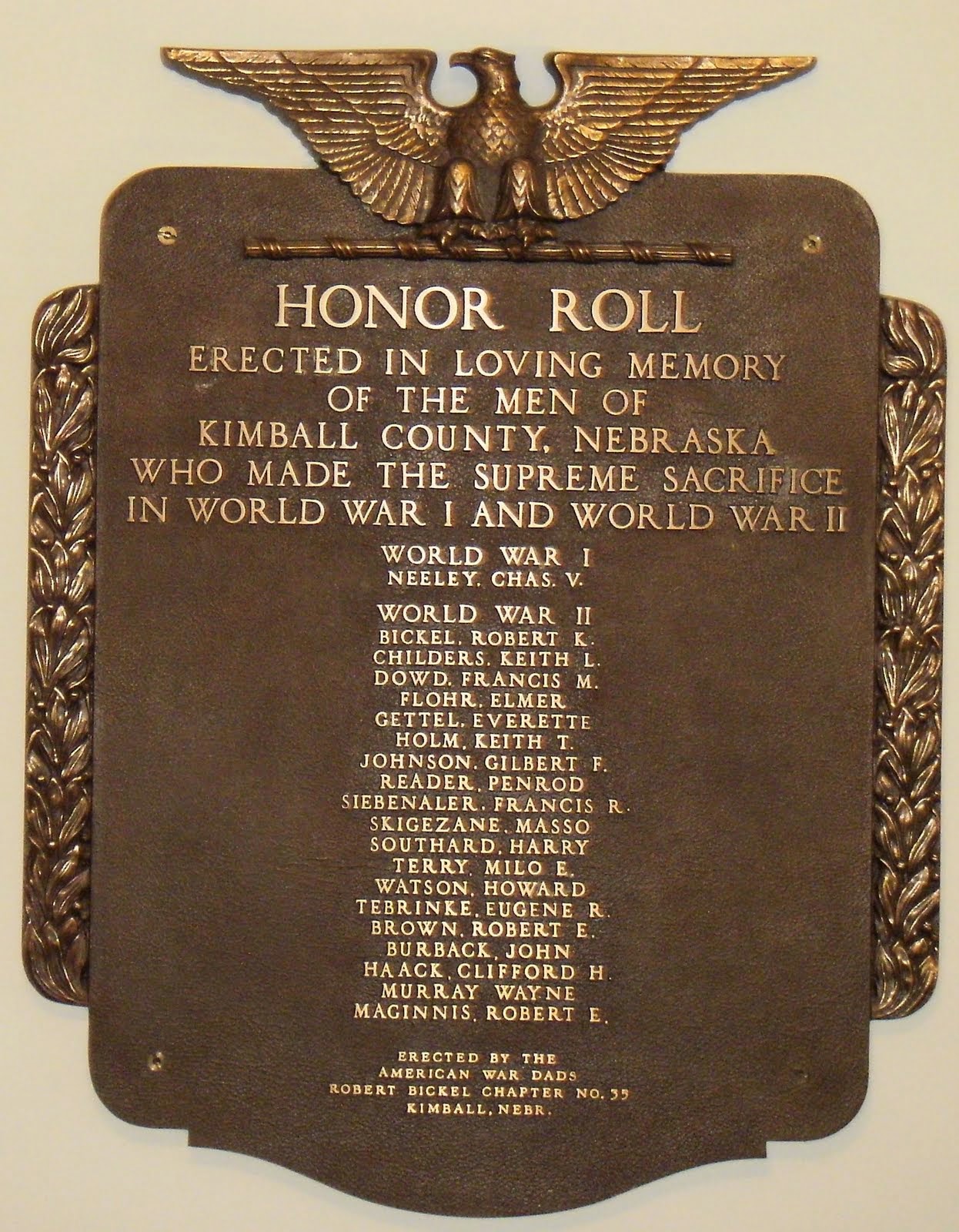 The questions are obvious. Who was this 32 year-old man who went off to war for his country? What were his dreams and plans for after the war? What might have been?

Seventy years after Johnny’s death, and more than a century after his birth, the questions are largely unanswerable. There is more information out there, and I’ll find at least some of it, but it’ll never really tell me who my Great Uncle was, or what he might have been.

More than 400,000 American men and women died in service during WWII. Each was denied an entire future. Each contributed every single thing they had to the continued existence of our nation.

Thanks, Uncle Johnny. I wish I’d known ya.
Posted by PrairieAdventure at 2:52 PM