The people that we meet...Whew!

A few weeks ago on December 1, I was feeding calves at the home place. The late autumn sun was bright, and the air temp was about 36 degrees, but there was a snappish north wind blowing and it wasn't exactly a pleasant day. Par for the course in early December on the High Plains. As I forked hay and enjoyed the evident gustatory delight of the calves, I heard a loud whooshing sound, moving left to right as I faced south, followed by the unmistakable roar of straight-pipe turbojet engines.

The EJE Ranch adjoins Kimball's Municipal Airport, KIBM, you see. The ranch actually wraps around most of the airport. If you click here and look just across the county road to the north of the approach end of Runway 10, you can see where I was feeding calves. Right next to the silver roofed barn. Which is probably TMI.


At any rate, I looked up and located the cause of all that beautiful noise. Of course I did. I've got that mix of kerosene, hydraulic fluid, and avgas running through my veins. No way I'm not looking up.

A quarter-mile to the south a Magister jet trainer was climbing away from the runway. He was smokin’, too.

Touch and go? Nah, more likely a rejected landing. The crosswind was fierce. And holy cow, is that really a Magister? Cool!

I watched the elegant pretty, colorful, v-tailed jet long enough to see that he was going to make another approach. Almost certainly the pilot was stopping for fuel. I jumped into my pickup (a split-second behind Nona the wonder dog, who is also an airplane buff) and sped toward the airport flight center. I needed me some Magister pictures.

As the little jet trainer nosed into the fuel pits and the front cockpit canopy came open, I was there to greet the pilot. Mike Perry was the jet’s owner and was ferrying it from Rice Lake, Wisconsin, to his home base in California. We chatted a bit and I got permission to take pictures. Mike headed in to the flight center to close out his flight plan and use the facilities.

Before long the icy wind drove me back inside and we struck up a conversation. He met Nona and soon had his tablet out, showing me pictures of his dog. We talked dogs, ranching (he grew up on a farm), and aviation. As a business hobby he buys and restores military jets. He showed me pictures of his latest project, an LTV TA-7 Corsair II. If you’re not an aviation buff, you’ll have to trust me on this. It was a great conversation.

I had to get back to work and Mike had to head west, so we shook hands and parted. A little later his beautiful Magister roared back into the windswept heights, with easy grace. 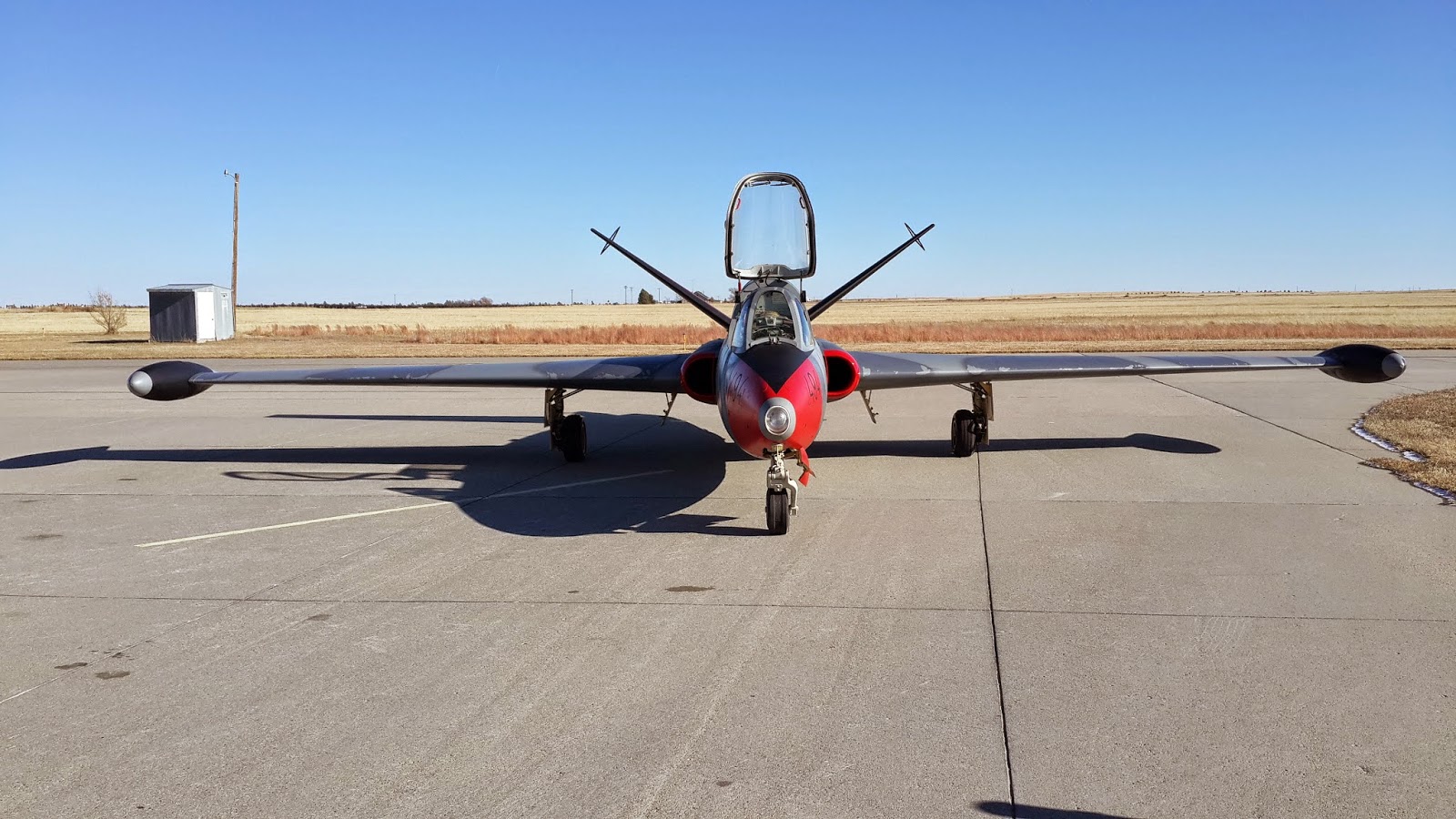 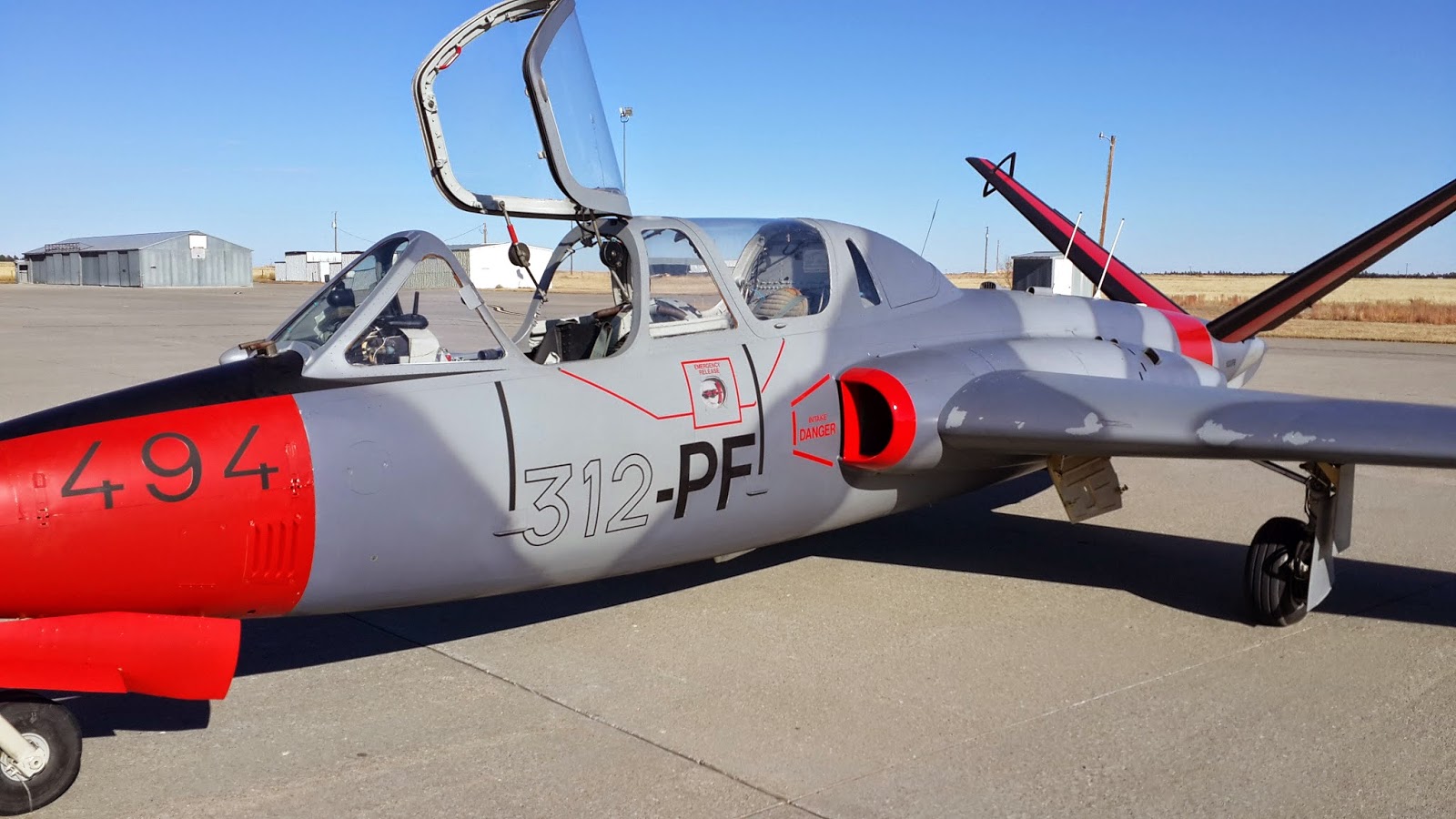 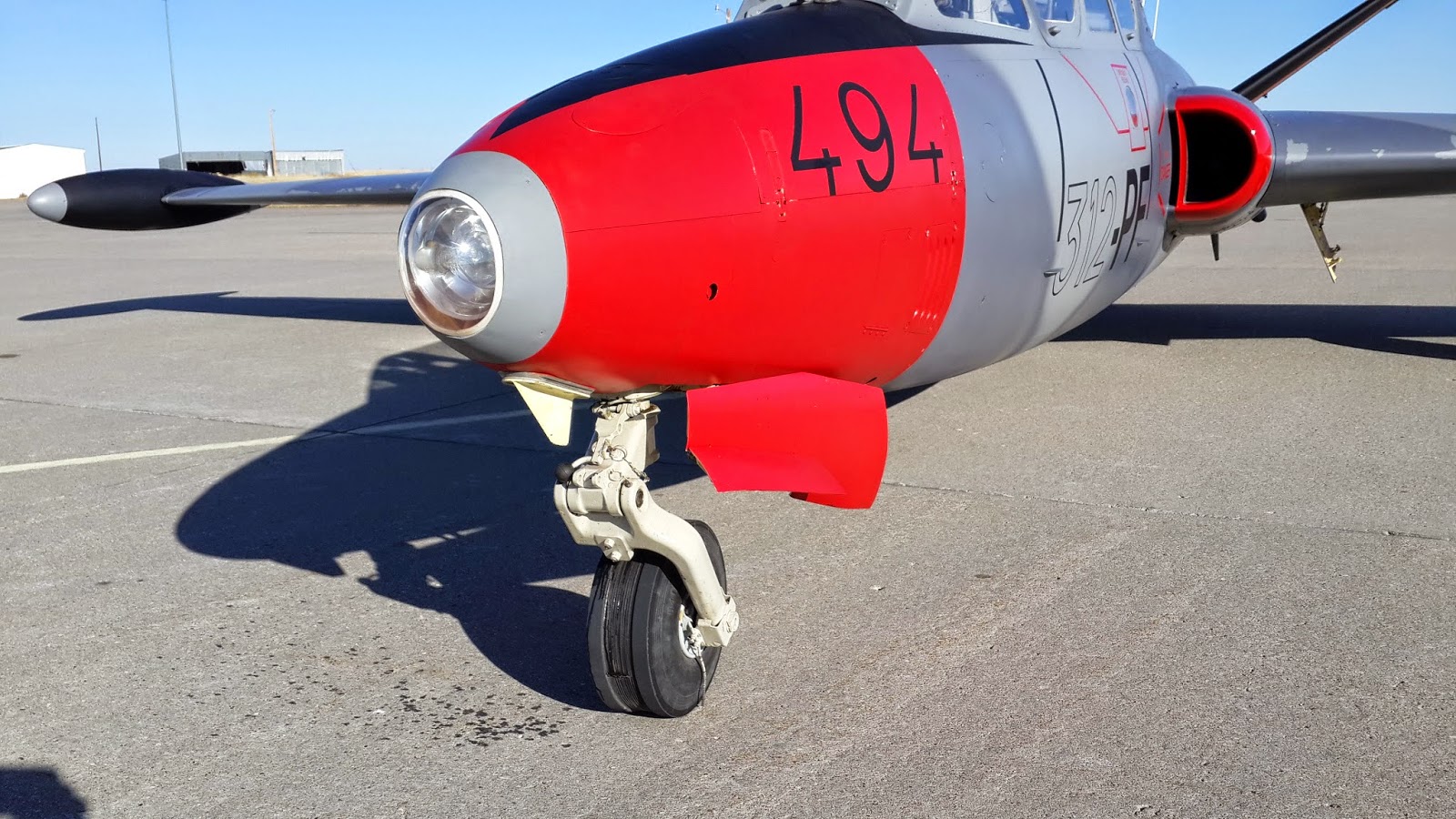 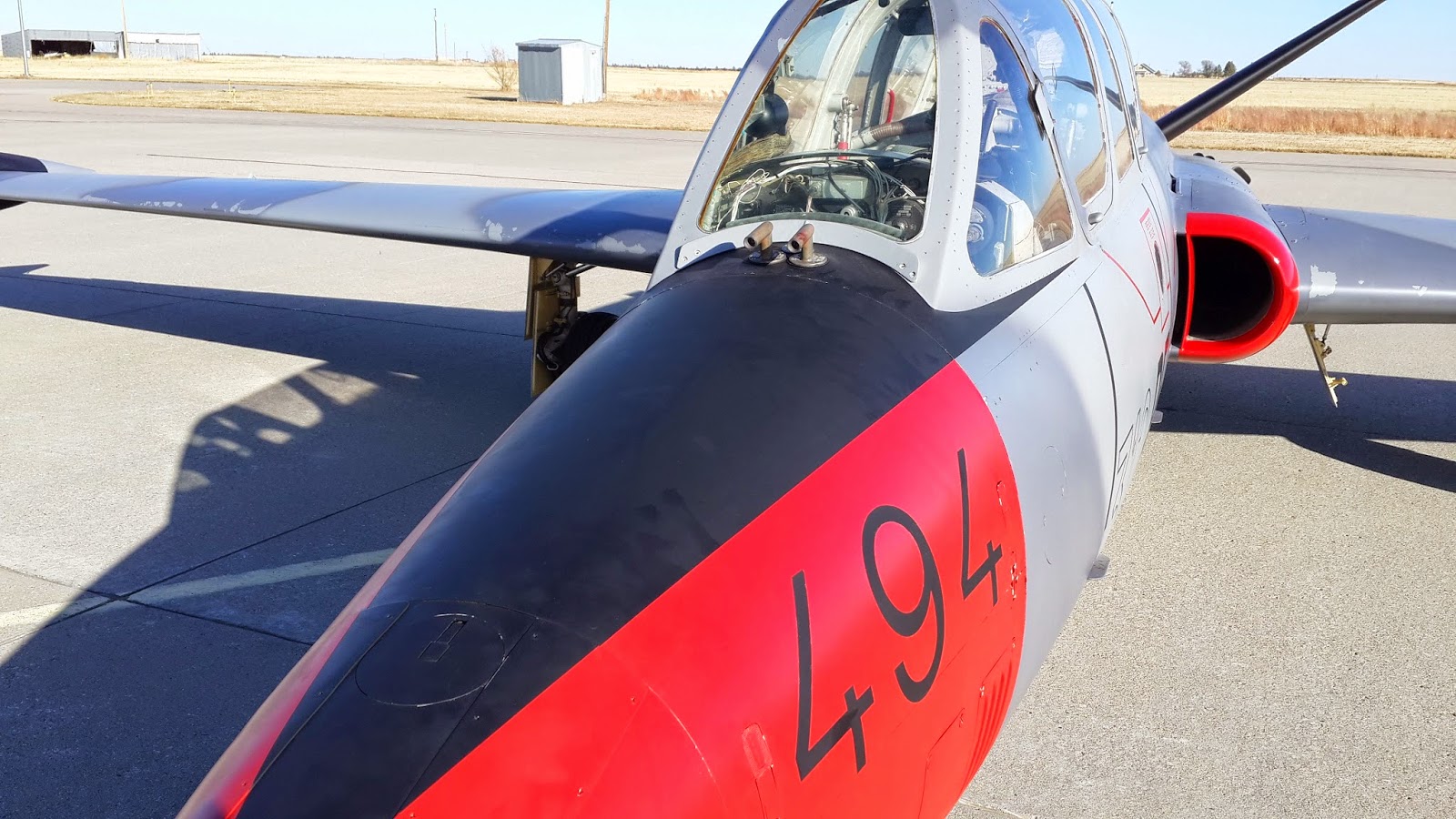 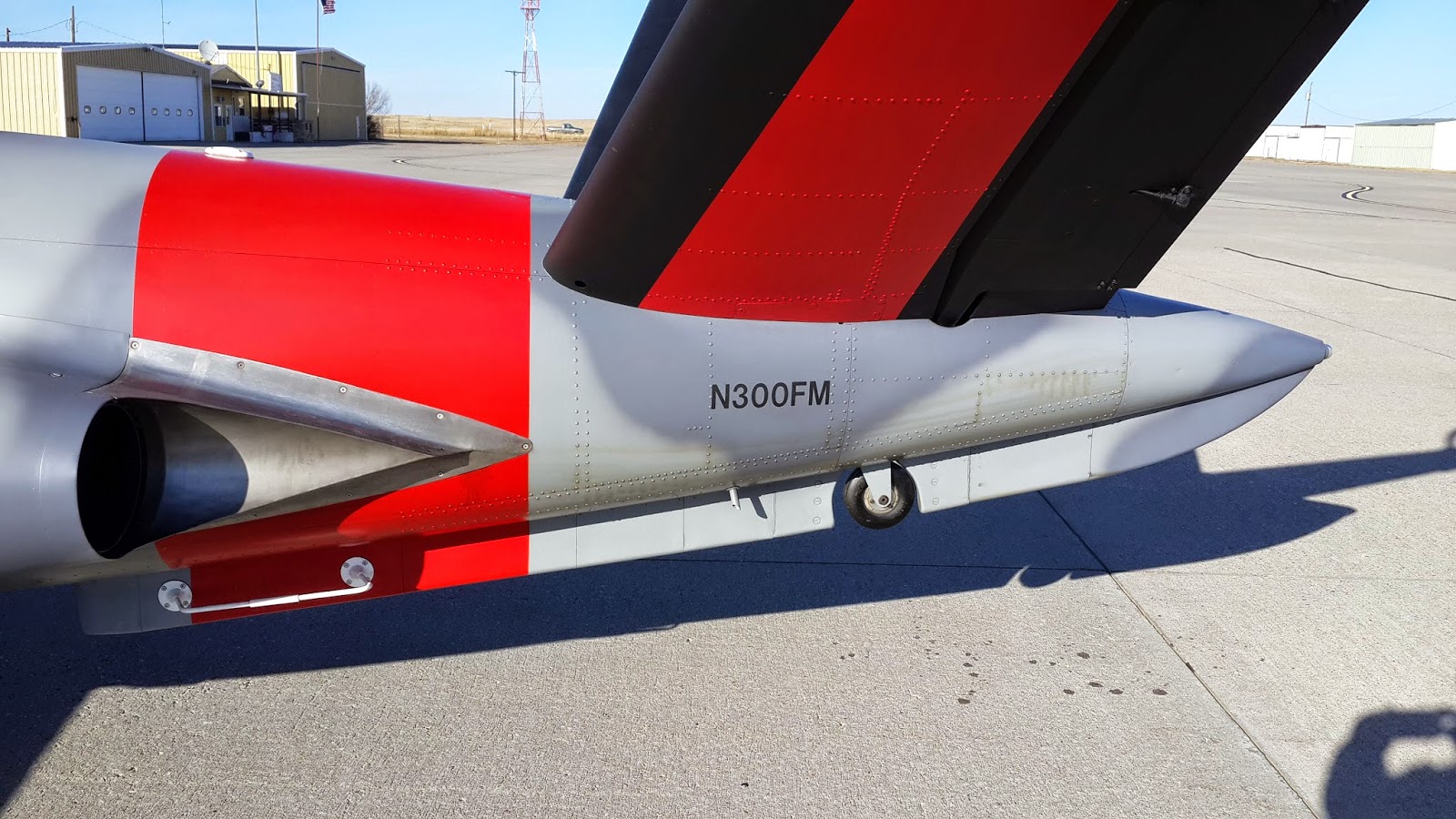 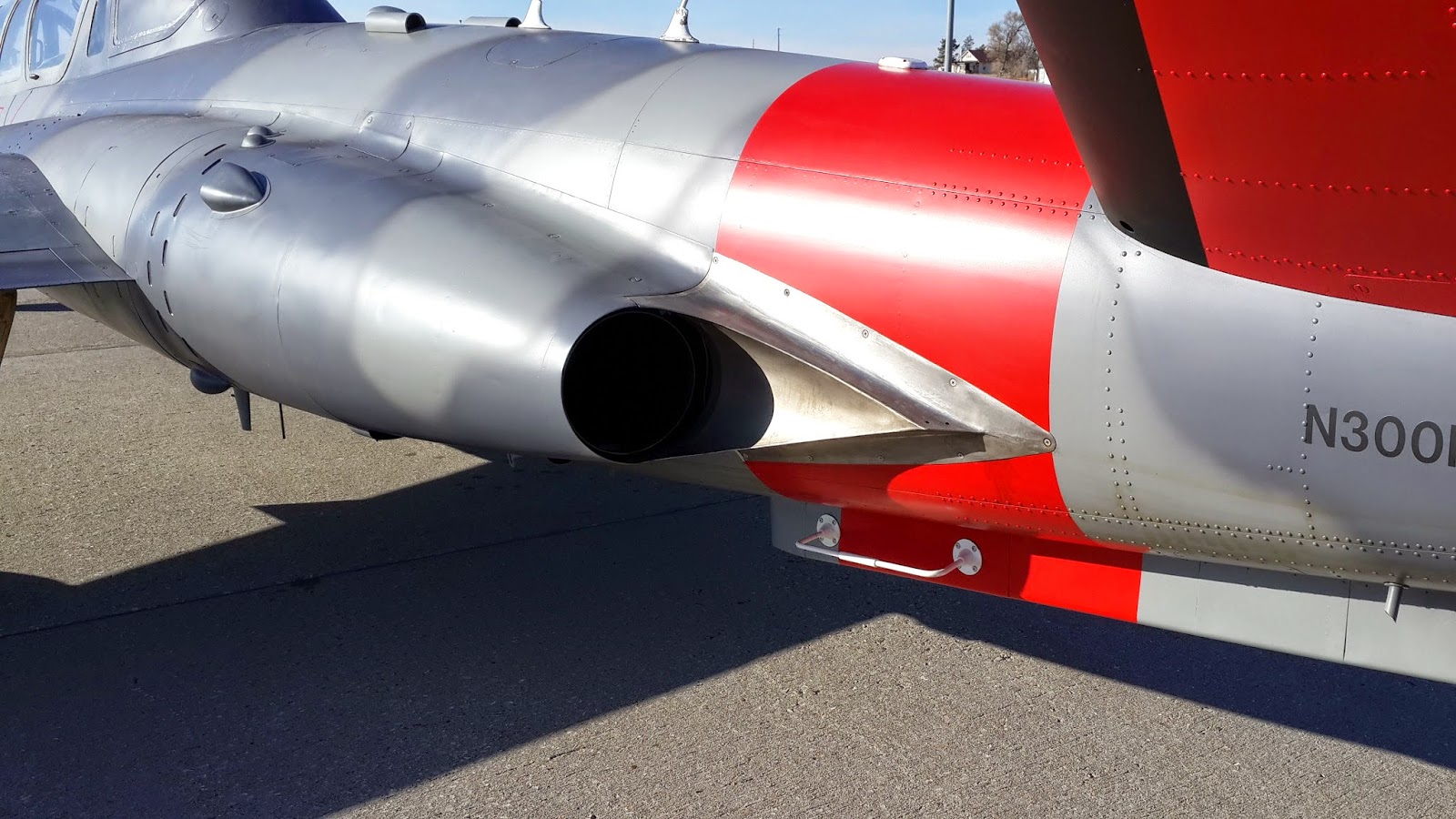 Earlier today I got to thinking about Mike and his Magister. I'd given him a card and my contact info and he'd promised to shoot me an email. Having so far heard nothing from him, and not having his contact info, I thought I'd see if I could track him down. So I searched "us registered valmet magister n300fm"

I clicked on the link, and having done this far too many times looked first at the fatalities category. "Please God..."

"Narrative: The pilot stated that he had encountered a gyro problem on the flight segment to the Grand Canyon Airport, but otherwise had no issues with the airplane. He added fuel at Grand Canyon, and should have had about 1.5 hours of fuel remaining when both engines flamed out. He made a forced landing in uneven desert terrain. The pilot was not injured."

A month and a day ago Mike came close to grief. All I know about the fellow is what I've written above, but in the few minutes we shared I decided I liked him a lot. I'm very happy that the outcome was far better than I'd feared.

Posted by PrairieAdventure at 5:06 PM