I threw up (keep an eye on that phrase) some videos yesterday, which was kind of lazy of me. I did work at it a bit, trying to post music that reflected what my shipmates and I listened to on a road trip back in 1984.

Great music, IMO, and decent vids, but I'm not that happy with the way they look on the blog.

Definitely not happy with the way 13 videos look on the blog. Oh well, live and learn.

A few days ago I posted a Fleetwood Mac video from The Midnight Special. I think it's a cool video and the song performed, "Rhiannon" is one of my all time faves.

So anyway, Fleetwood Mac was on stage at the Pinnacle Bank Arena in Lincoln, Nebraska last night. I didn't go. The arena is 393.4 miles from the ranch. I got an email from my brother about the concert though.

He didn't go either.

His charming bride Tammy took him to a different Lincoln venue to celebrate his 50th birthday.

"The big fun was going downtown to the Haymarket for some Blazing Pianos at Brewsky's bar and grill. They have two pianos set up in their basement lounge area and two players do great job of entertaining the crowd with old favorites and funny tidbits. Those players are good! Interestingly, a Fleetwood Mac concert was going on at Pinnacle arena, so the area was crazy busy and parking was tight. Mick Fleetwood ended up getting sick and barfing so they had to stop the show - and lots of folks left there and crowded into Brewsky's."

Kind of an interesting story in the Lincoln paper today.

Over at his place Sarge talked about winter weather today, including his recollection of winter in Colorado and Nebraska, and the fact that there is often a January thaw in Vermont. As I write this we are in the midst of a not-so-uncommon January thaw here in the Panhandle of the state, following the two weeks of sub-zero temps Sarge wrote about. Here's what the thaw looks like.

Okay, the post title promises Mick and Lincoln, which we've covered. Here are the kittens. They are playing with their new favorite toy, a pebble. 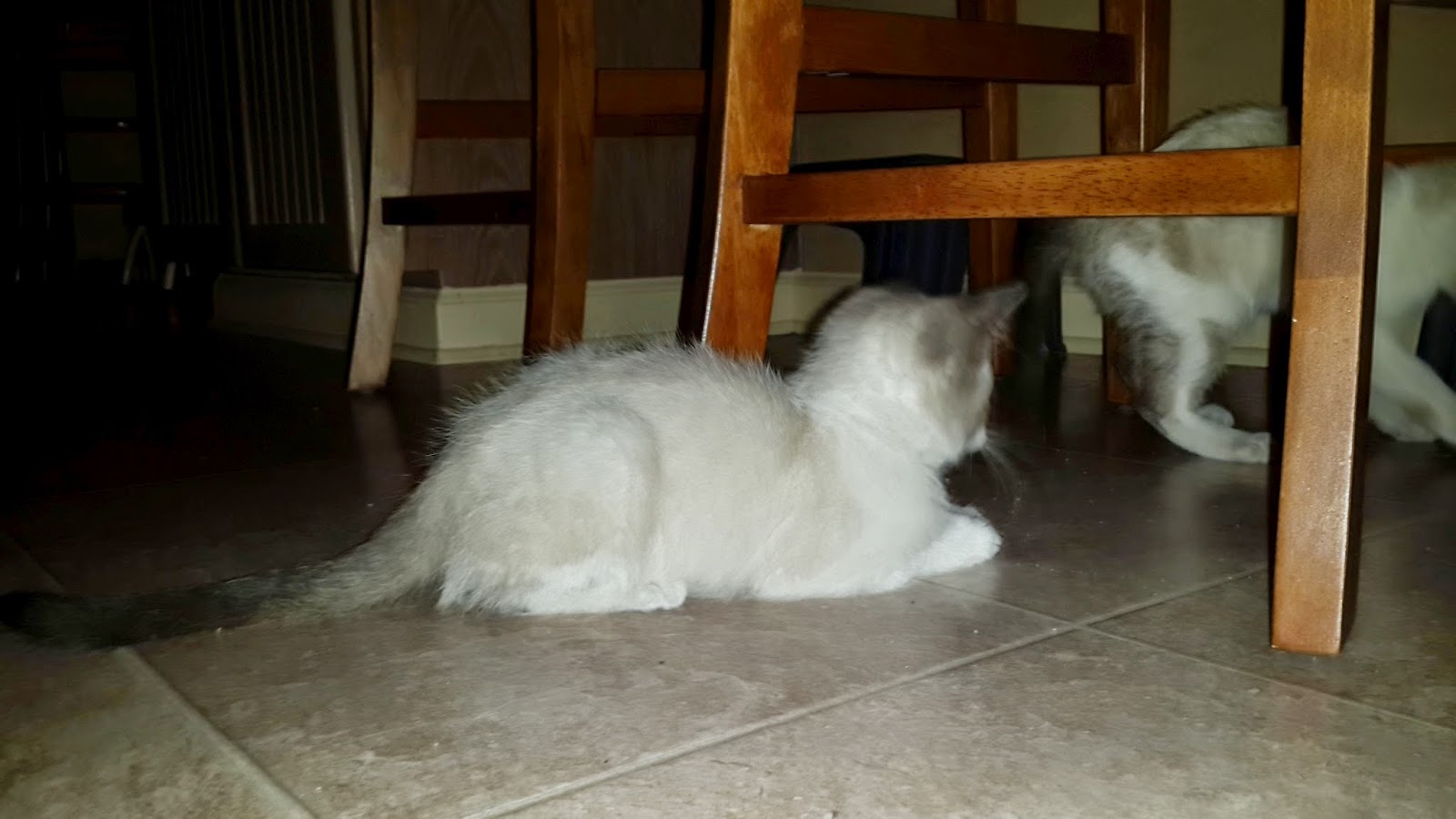 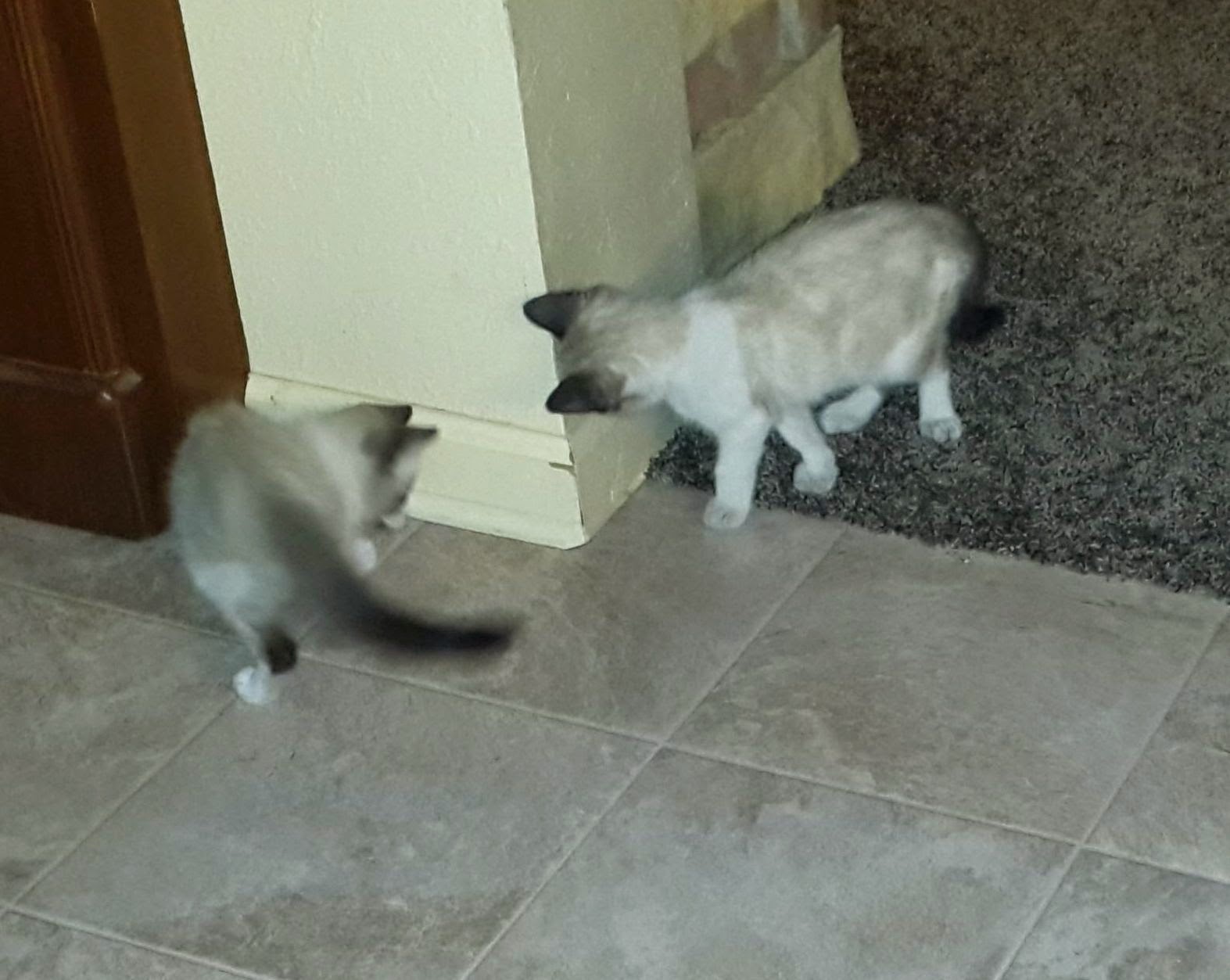 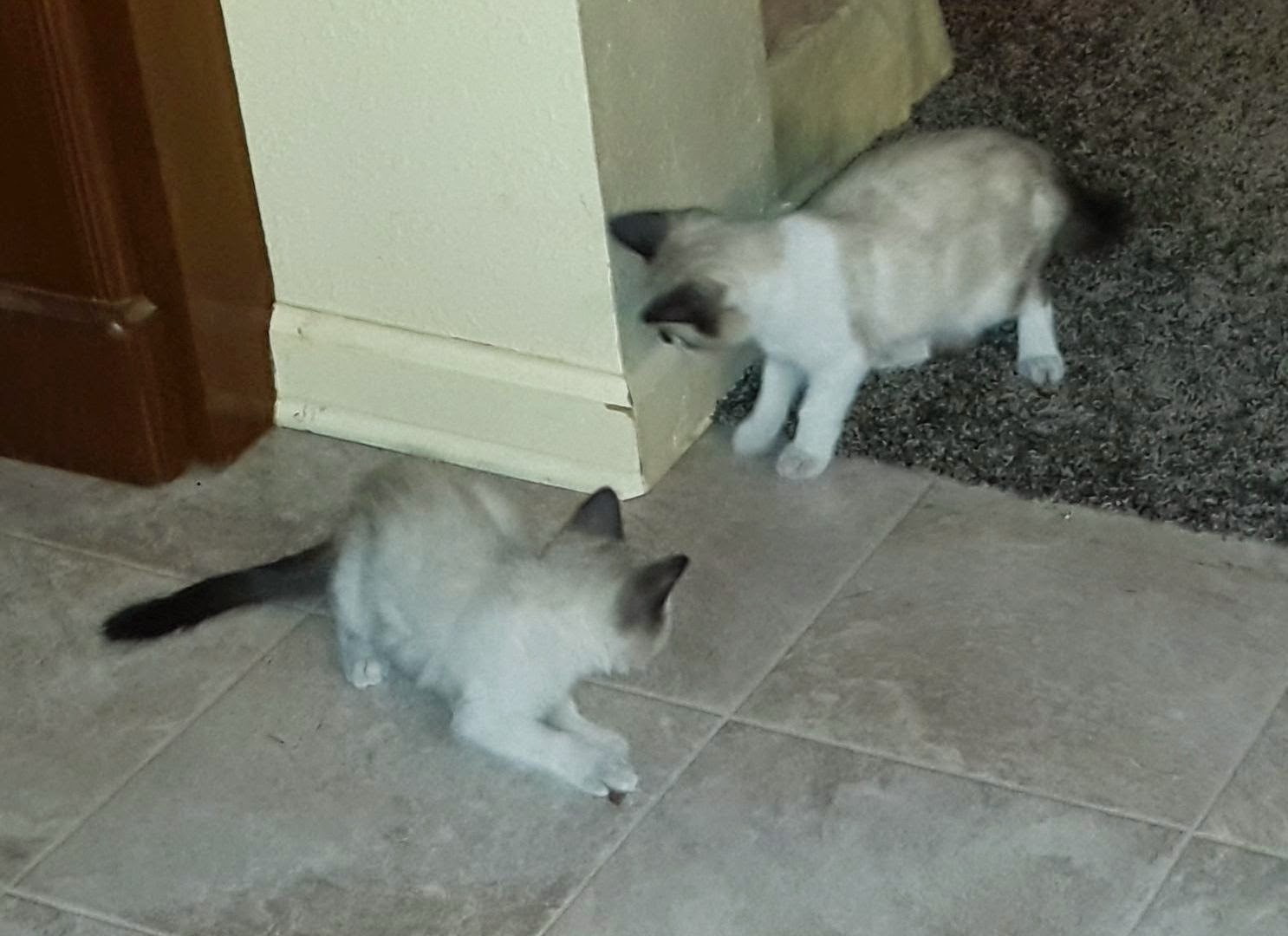 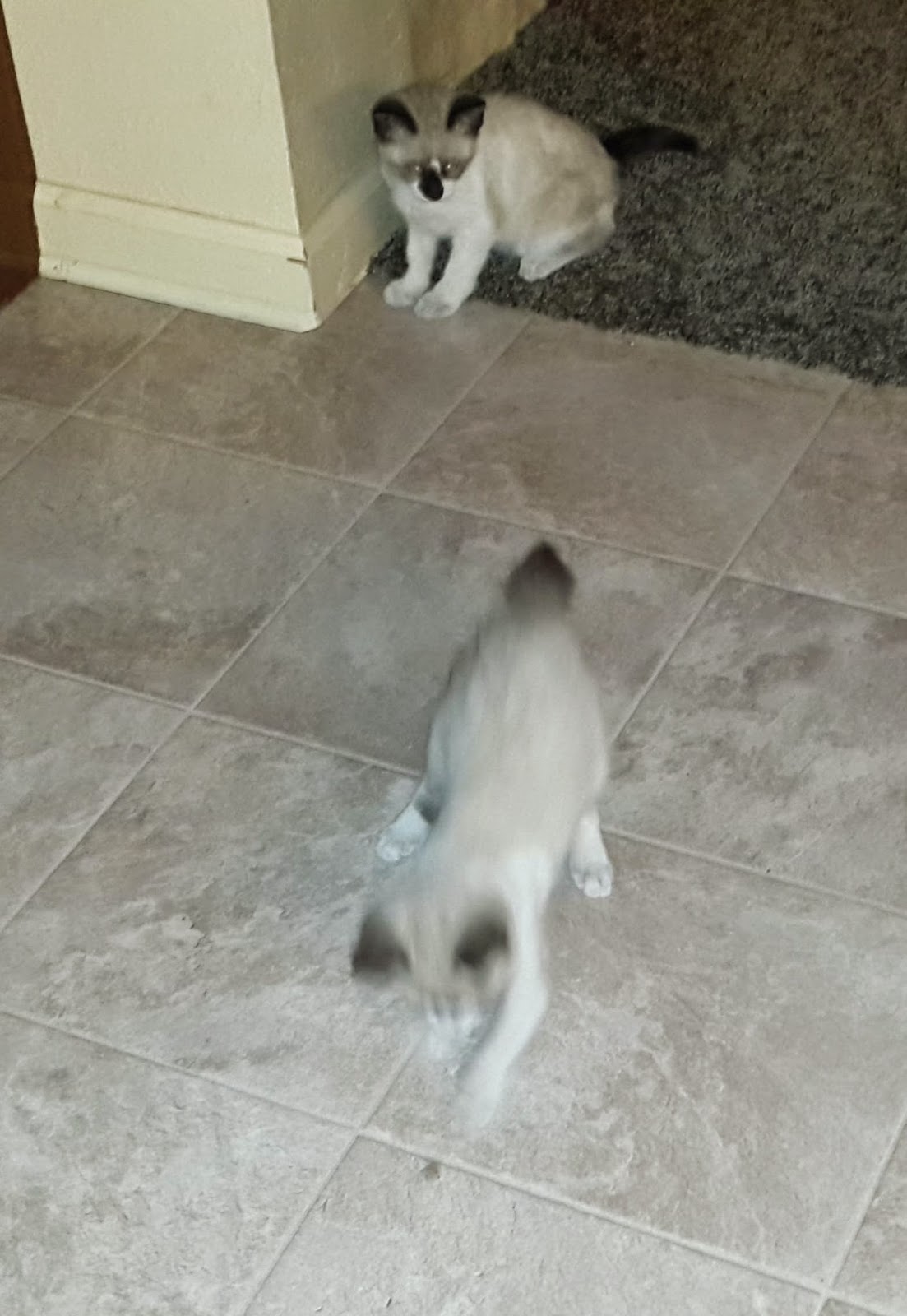 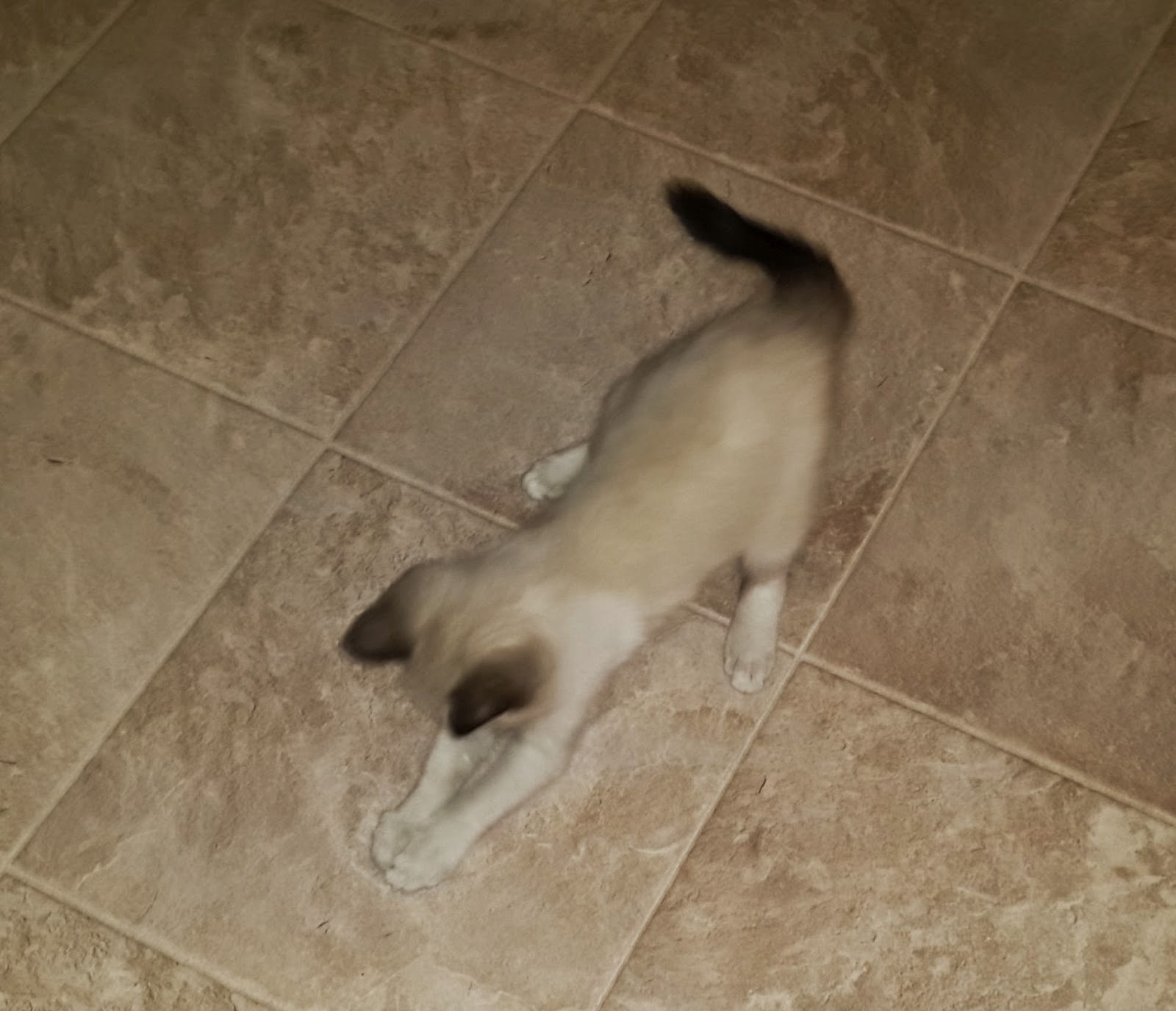 Now, Stevie. And quite a bit more Mick than in the vid I posted earlier. Some great Christine and John and Lindsey too. Same song, but a much better version and a much better video. Goodness that Stevie could wail. In this song she goes from soft and cuddly-dovey to full-on raging Janis Joplin. Just amazing.

In his post Sarge mentioned demons. I'm wrestling with a few just now myself, some of them reawakened in the process of trying to write a blog post. As I watch the band and their incredible performance, I know that in 1976 they were dealing with some pretty stout demons themselves. It occurs to me that demons are demons, and if a bunch of old rockers can navigate through demonic rocks and shoals and find a way to persevere and keep suiting up and showing up, well, maybe there's hope for me, too. Even if Mick did hurl last night. Enjoy.

Posted by PrairieAdventure at 3:58 PM